Following the visit of German Chancellor Olaf Scholz to Moscow on Tuesday, Vladimir Putin announced the withdrawal of some troops deployed on the border with Ukraine. Although tensions between Russia and its Southwestern neighbor seemed to be easing, NATO's secretary general warned Wednesday that other Russian military forces continued to arrive at the border with Ukraine.

As the week drew on headlines grew more and more dense with President Biden ending the week telling the world that he is "convinced" that Putin will invade Ukraine "in the coming days", all of which highlights the antagonism that seems to be intensifying between the country and much of the Western world.

While a definitive solution to the crisis is still elusive, does the Russian population agree with the images of friend and foe that dominate international politics around Russia these days?

According to a survey by the Levada Center, a Russian non-governmental organization, the answer is that the general direction of who is a friend and who is an enemy of Russia is echoed by its people – yet, as Statista's Katharina Buchholz details below, it is hardly a majority that shares these believes. 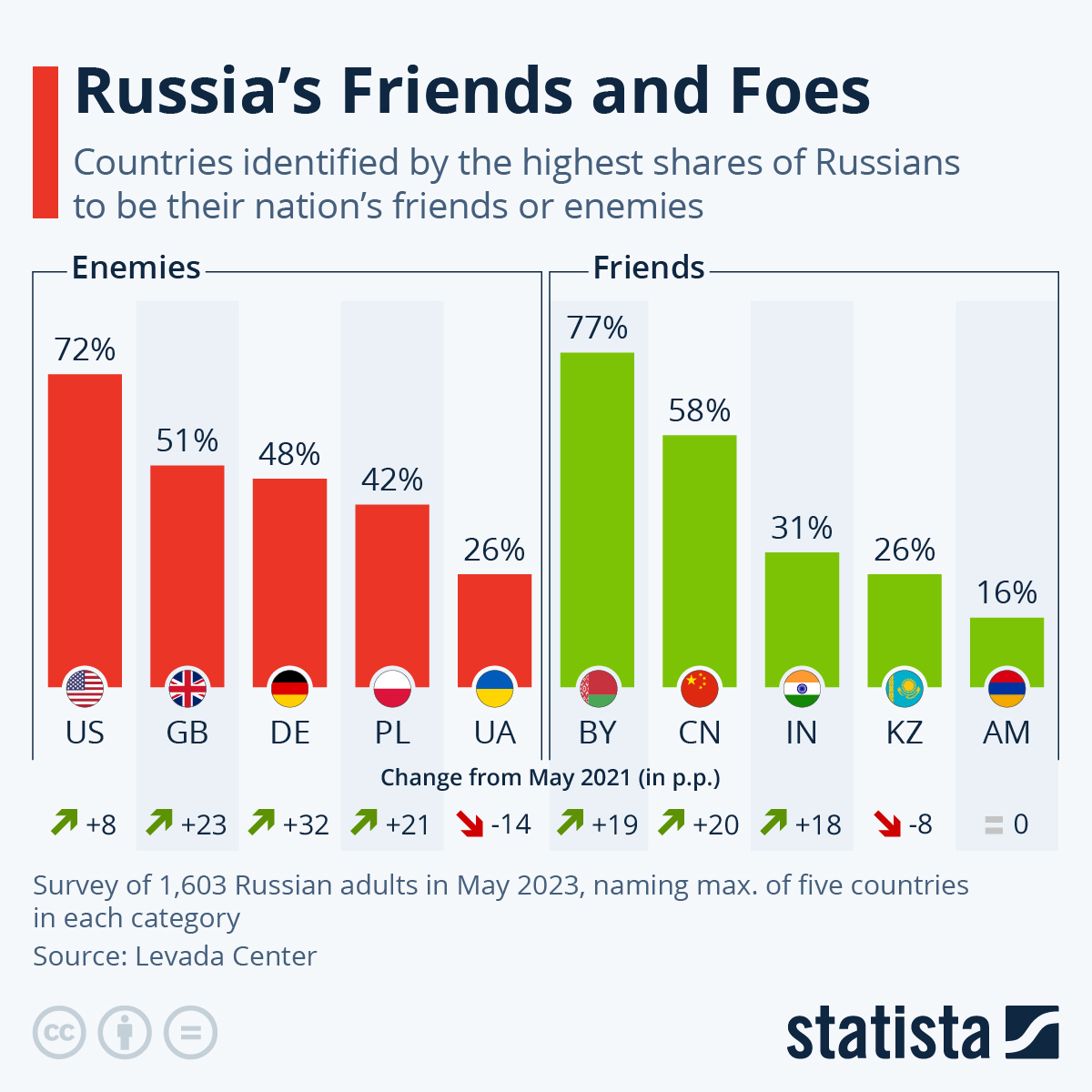 Only with Belarus and the U.S., a majority of respondents considers the countries a friend and an enemy, respectively, with 58 percent and 66 percent saying so. While this is also far from everybody, the remaining biggest friends and foes are not supported by a majority of respondents. 40 percent consider Ukraine an enemy of Russia, and Latvia and Poland rank fourth highest despite only 21 percent saying they were a foe in their opinion.

The picture is similar with the next biggest allies – China ranks second highest with 38 percent saying the country is a friend, followed by Kazakhstan with 34 percent. Armenia comes in rank four with only 16 percent, showing that the opinions of the Russian population, while following the expected directions, are more nuanced than the official line.