The Netherlands deployed its first lethal autonomous weapons last month, according to the military and intelligence trade journal Janes.

As Statista's Anna Fleck reports, the move marks the first time that a NATO army has started operational trials with armed unmanned ground vehicles (UGVs), more commonly known as “killer robots” - a worrying shift in warfare from the West.

Four armed Tracked Hybrid Modular Infantry Systems (THeMIS) UGCs were reportedly deployed to Lithuania on September 12, where they are undergoing trials in a “military-relevant environment”, according to Janes.

Unlike drones, which require a human to instruct it where to move and how to act, these robotic tank-like weapons are designed to know how to pull the trigger themselves.

The UN has convened repeatedly to decide whether or not to ban killer robots, or merely to regulate them.

The grand majority of the world remains critical of lethal autonomous weapons systems in war, according to research carried out by Ipsos and the Campaign to Stop Killer Robots. 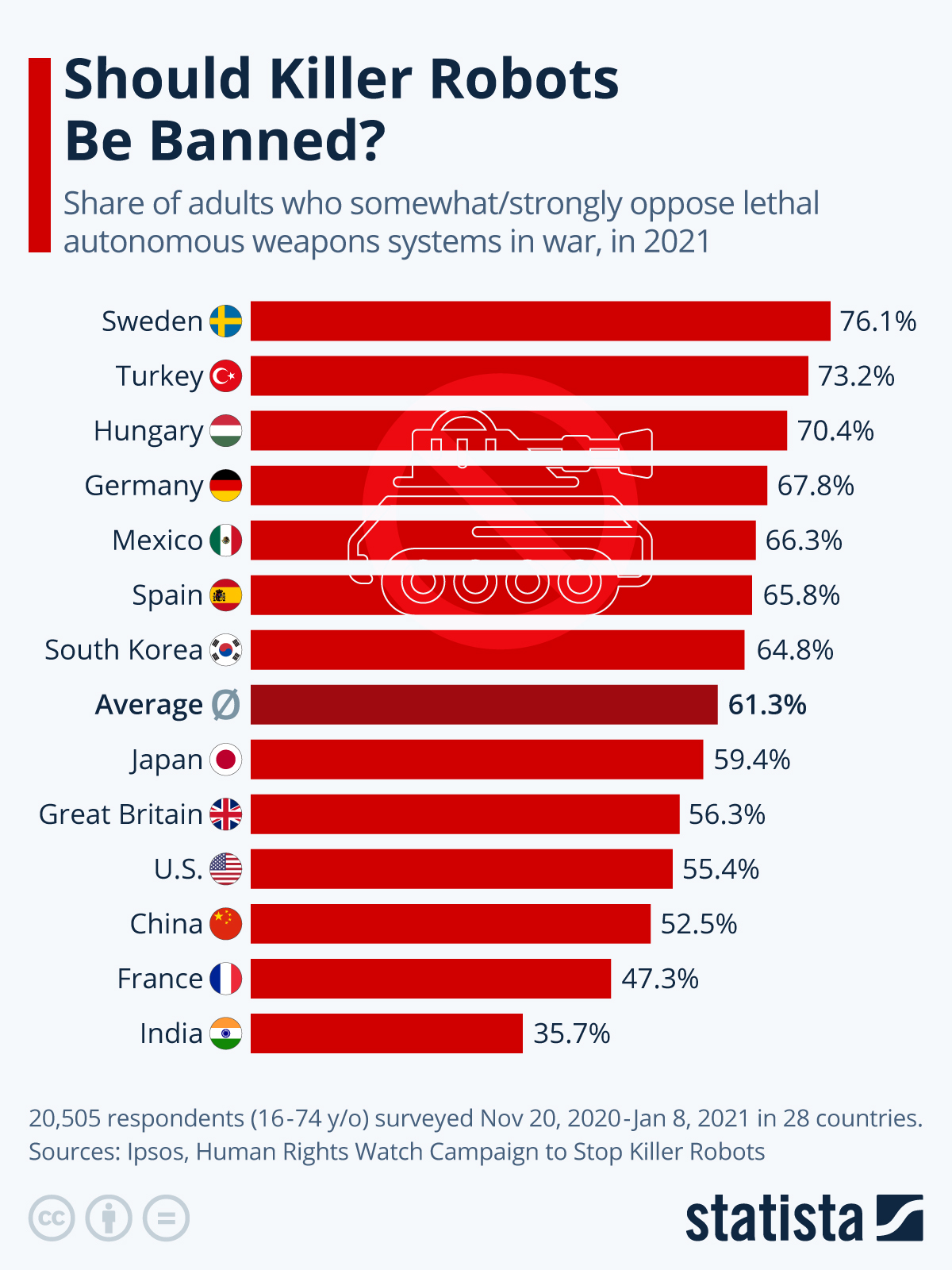 Sweden (76 percent), Turkey (73 percent) and Hungary (70 percent) showed the strongest opposition to the lethal vehicles in 2021. Meanwhile, India showed by far the most support, at 56 percent of the surveyed population responding that they either somewhat or strongly supported the use of the weapons.

The chief concerns of those against the deployment of lethal autonomous weapons included the belief that the machines would be crossing a moral line through being allowed to kill (66 percent), that the weapons would be “unaccountable” (53 percent), that killer robots would be subject to technical failures (42 percent) or that they would be illegal (24 percent).