As Statista's Niall McCarthy notes, for the 14th year in a row, global freedom has been found to have declined. 64 countries experienced a decline in freedom with only 37 making a move in the right direction. In a particularly worrying development, Freedom House found that 25 out of 41 "established democracies" have also experienced net losses in democracy since 2006. 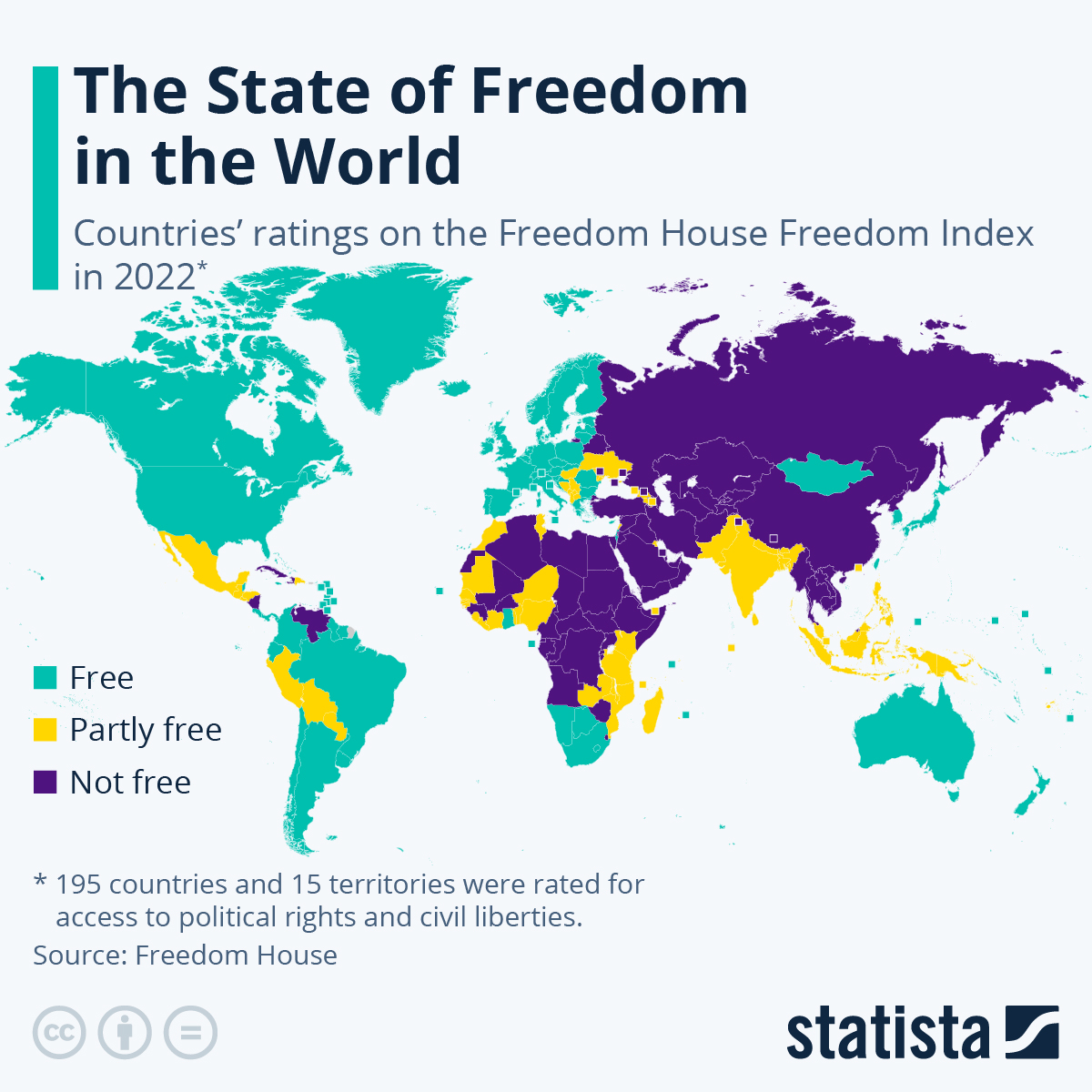 The United States enjoyed similar levels of freedom to Switzerland and the United Kingdom a decade ago but it has experienced a decline and is now ranked behind Greece and Slovakia while it remains marginally ahead of Argentina and Croatia. Freedom House blamed the policies of the Trump administration for the slide, stating that it has failed to exhibit consistent commitment to a foreign policy based on the principles of democracy and human rights.

The highest-ranked countries this year are Finland, Norway and Sweden while the the Netherlands, Canada, Ireland, Australia and New Zealand were also among the top scorers.

In total, 49 countries fell into the "not free" category with Syria at the very bottom. Turkmenistan, Eritrea, North Korea, South Korea and Somalia are also among the worst-ranked countries.