Judging by the sound and fury from the media, climate change and its current and future effects is the most pressing issue of our time.

But, as Statista's Martin Armstrong notes, as world leaders gather at the COP26 climate change conference to discuss and negotiate solutions to the crisis, in some regions of the world, there are significant shares of the population that have little or no trust in what 'scientists' are warning us about the environment. 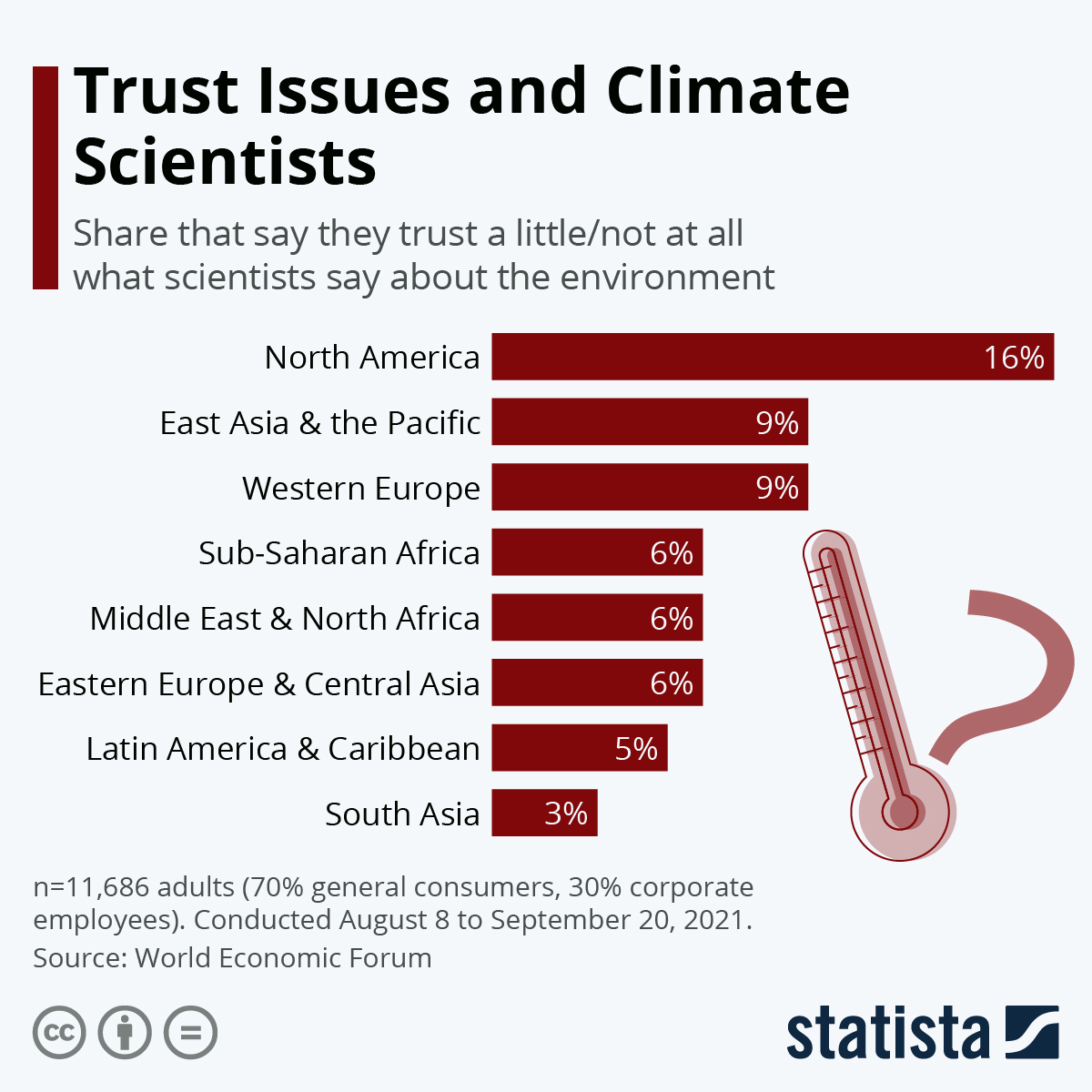 According to a new survey by the World Economic Forum, 16 percent of North Americans admit to trust issues when it comes to climate science.

This group is smaller in East Asia & the Pacific and Western Europe but still amounts to 9 percent according to the survey conducted in the fall of 2021.

Globally the figure is 7 percent, although 68 percent say they have a lot or a great deal of trust.

South Asia was the stand-out region for trust in climate scientists - here just 3 percent signified a lack of trust compared to a massive 84 percent on the other side of the climate change fence.