As China celebrated the 100th anniversary of the founding of its Communist Party last week, the Pew Research Center released a new report showing that unfavorable views of Beijing have reached historic highs in 17 advanced economies.

As Statista's Niall McCarty notes, in most places, large majorities of the public also agreed that China is not respecting the personal freedoms of its people. 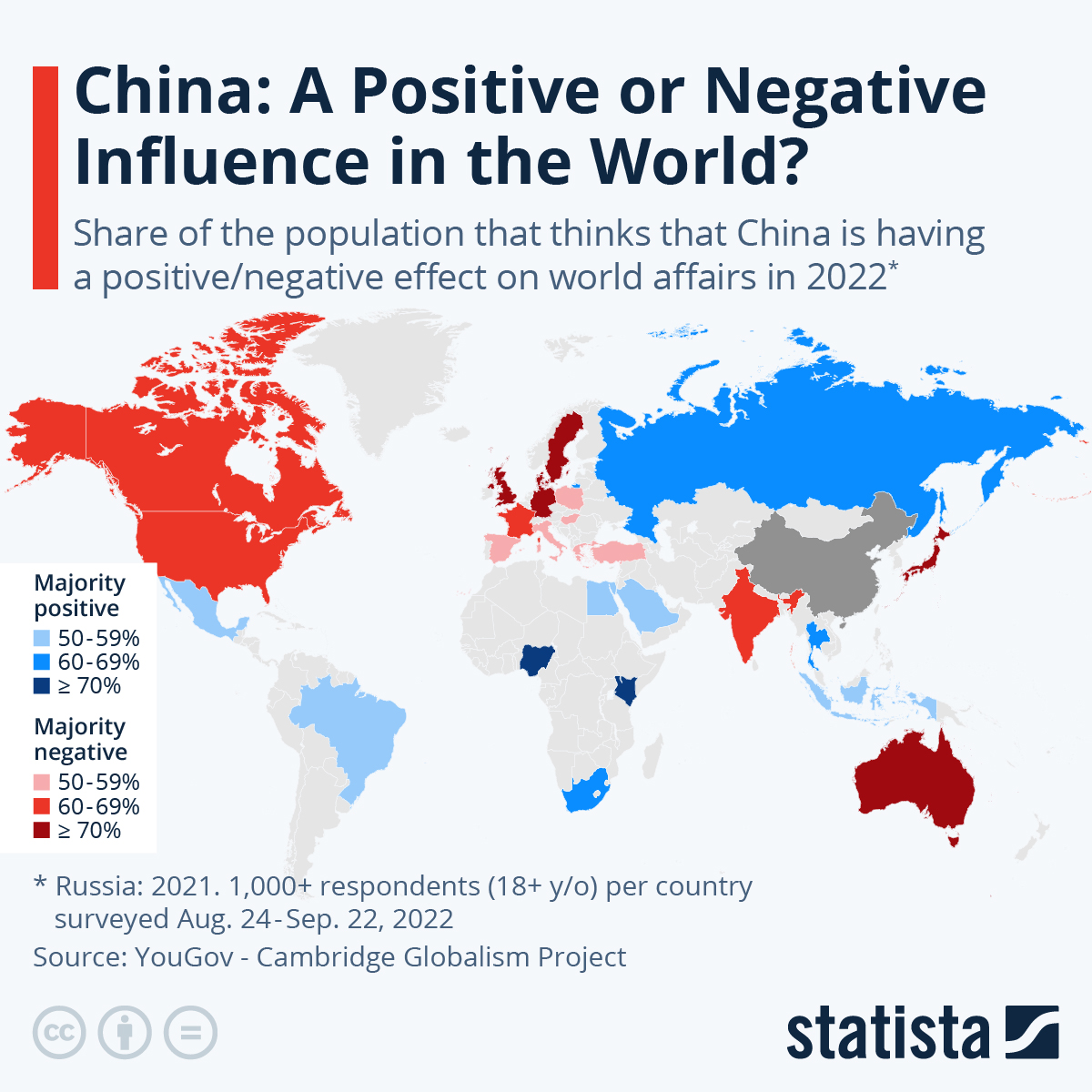 Views of China are broadly negative across most of the world's advanced economies including approximately three-quarters of respondents in Japan, Sweden, Australia, South Korea and the United States. While overall views did not change significantly in most countries, they did rise in Austria, Canada, Sweden and the United Kingdom as a result of bilateral tensions and the feeling that the pandemic was badly handled.

Eight-in-ten or more respondents said that the Chinese government does not respect the personal freedoms of its people and that view is at record highs in nearly every market surveyed. In a further sign of negativity to towards Beijing, Pew found that few countries have confidence in Xi Jinping doing the right thing regarding world affairs while there is a widespread preference for closer economic ties with the U.S. rather than China.