Transparency International has released its 2020 Corruption Perceptions Index which gauges levels of perceived public sector corruption in 180 countries and territories around the world. The index scores them on a scale of zero (highly corrupt) to 100 (clean) with the average score just 43 out of 100. As Statista's Niall McCarthy notes, two thirds of countries scored less than 50. The research found that corruption was rampant across the world in 2020 and that it undermined the response to Covid-19, threatened the global recovery and contributed to democratic backsliding.

Transparency International states that 2020 has shown that Covid-19 is not just a health and economic crisis but also a corruption crisis. When it comes to healthcare in particular, corruption takes many forms such as bribery, embezzlement, overpricing and favoritism. Reports of corruption have grown since the pandemic broke out and countless lives were lost due to the issue undermining a fair and equitable global response.

Countries with high investment in healthcare tended to perform better in the index with corruption diverting money away from essential services. Governments that saw higher corruption levels, regardless of economic development, tended to invest less in their health systems. 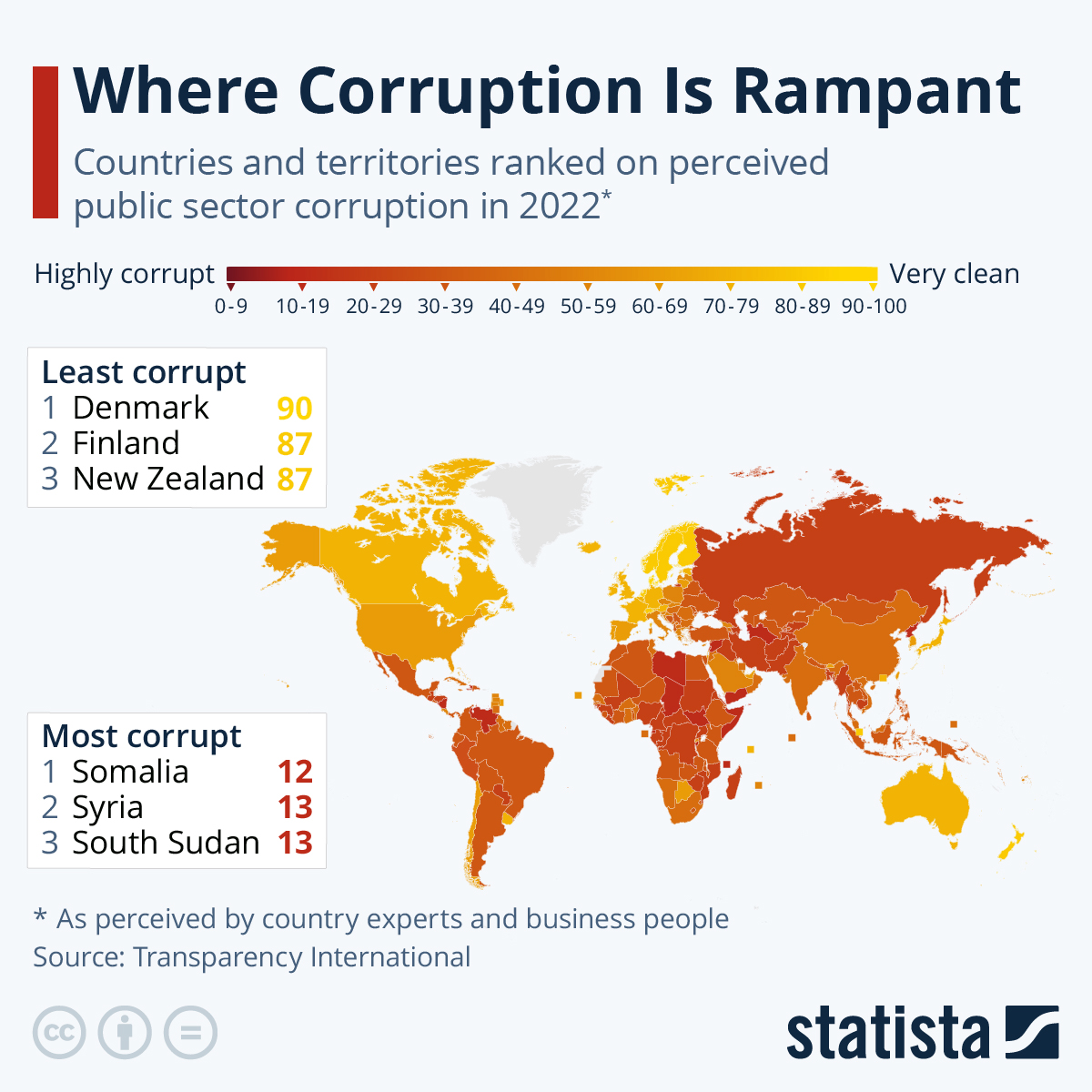 In 2020, the countries with the lowest perceived level of public sector corruption were Denmark and New Zealand with a score of 88, followed by Finland, Singapore, Sweden and Switzerland. The opposite end of the index saw South Sudan and Somalia scoring just 12, making them the worst offenders. Syria, Yemen and Venezuela were also among the lowest-scoring countries.

The United States only came in 25th with a score of 67, its worst performance since 2012. 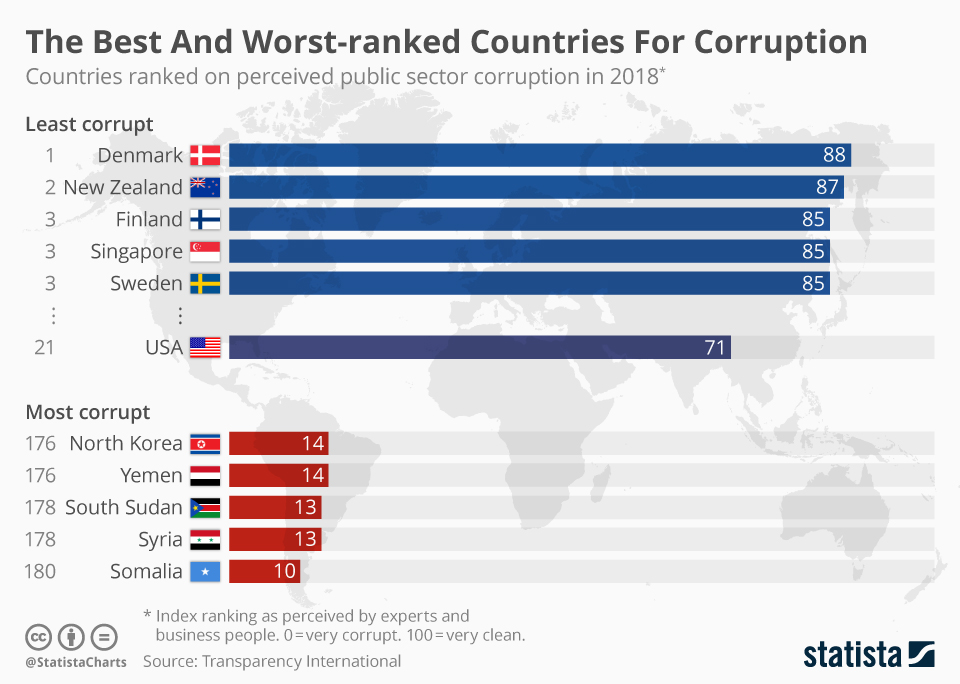