As the world still grapples with supply-chain backlogs (partially) caused by China’s strict Covid-19 policies, it has become painfully obvious how vulnerable the global economy is to national or even regional disruptions, especially if they happen in China, the world’s number one supplier of goods.

In fact, as Statista's Felix Richter explains below, over the past few decades, China has grown to become the world’s manufacturing hub and largest goods exporter by a significant margin, turning it from emerging market into economic superpower. According to estimates from the IMF’s latest World Economic Outlook, the country will account for 18.8 percent of the world’s GDP based on purchasing power parity (PPP). That’s up from just 8.1 percent two decade ago, when both the United States and the EU were miles ahead of China’s economic output. 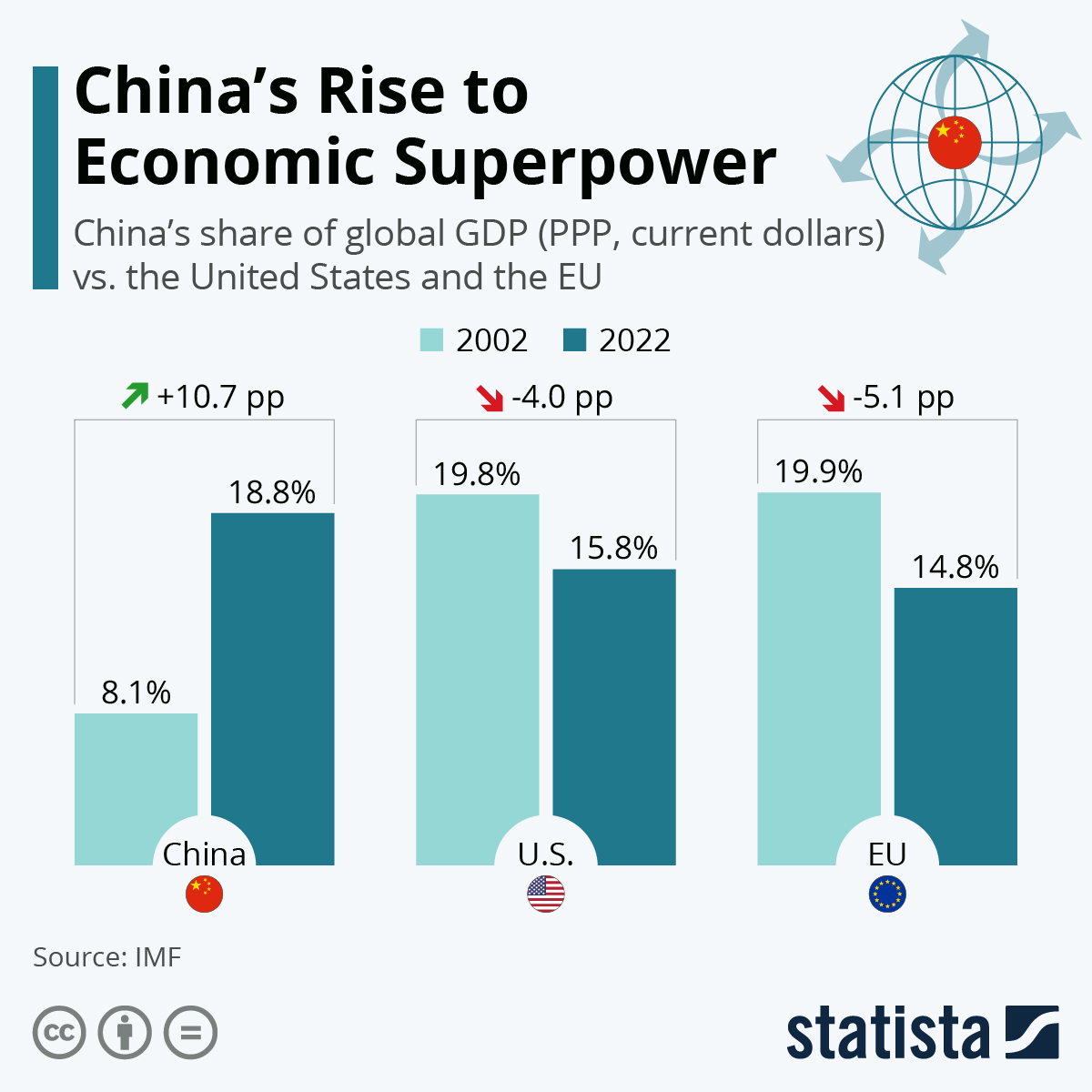 Over the past 20 years, both the U.S. and the European Union have seen their economic superiority challenged, as new powers, such as China, India and others have emerged. While the U.S. saw its share of global GDP decline from 19.8 to 15.8 percent between 2002 and 2022, the EU’s share dropped from 19.9 to 14.8 percent of the same period.

The gap between China, the U.S. and the EU will likely widen over the next few years, as the economic outlook for the latter two is cloudy with a chance of recession, while China is expected to continue growing at mid-single-digit growth rates.