Taiwan has reported a sharp increase in the number of Chinese military aircraft entering its Air Defense Identification Zone of late with a record 56 warplanes detected on October 4, 2021, followed by numerous spikes since.

China has never ruled out the possibility of invading Taiwan and it has continued acquiring the military capability to do so. In recent years, it has modernized its military, introducing the J-20, an indigenous 5th generation stealth fighter. It has also commissioned two aircraft carriers along with several modern amphibious transport dock/landing vessels. Even though the likelihood of China taking Taiwan by force remains unclear, the military balance in the Taiwan Strait is firmly in China's favor. The following infographic, via Statista's Martin Armstrong, provides an overview of that imbalance and is based on an annual U.S. government report. 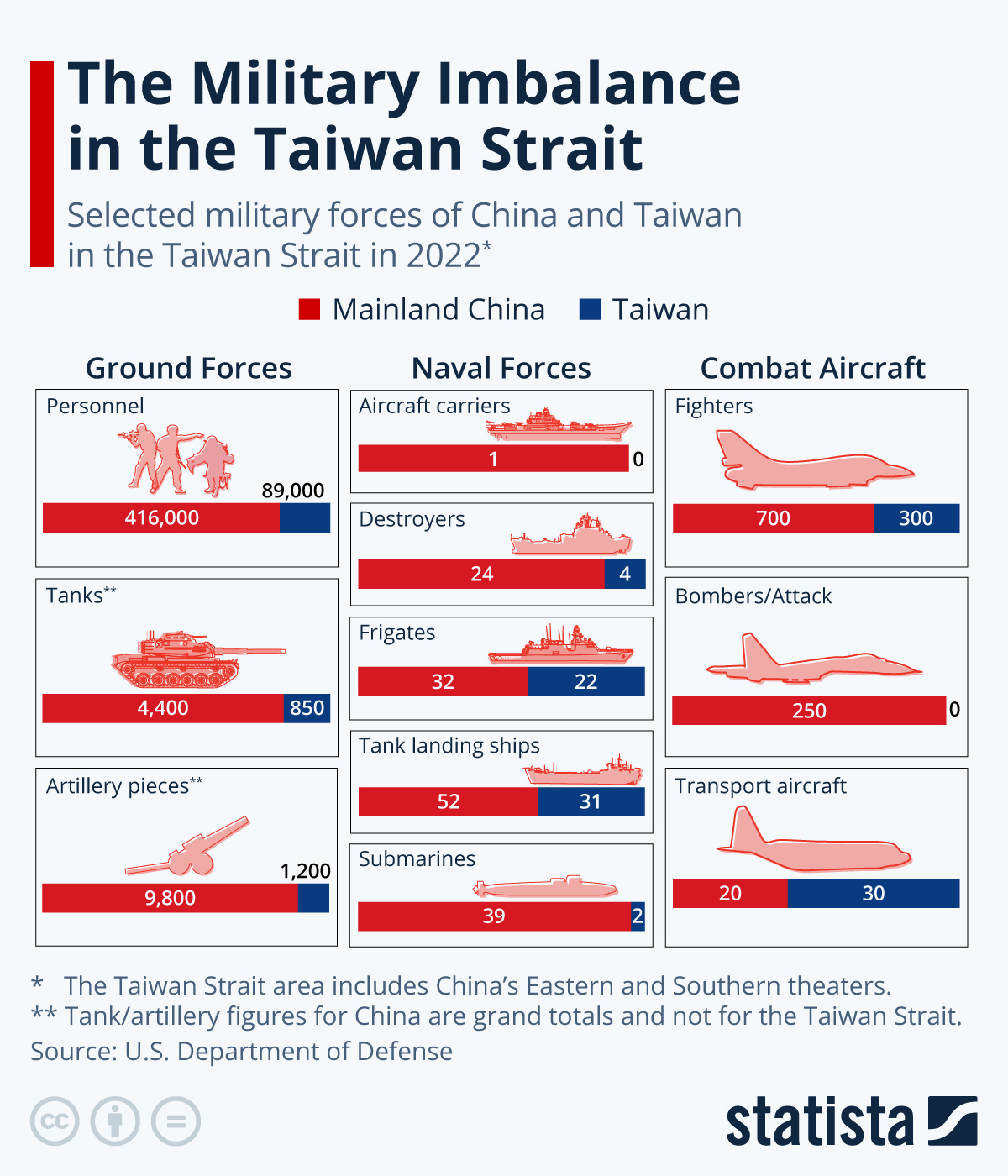 One aspect which appears to be in Taiwan's favor however, is Joe Biden as United States president. Despite the White House scrambling to clarify his comments, Biden said twice in the space of three months in 2021 that the U.S. would defend Taiwan in the event of an attack by China.

The president has continued to reiterate this position since, with a 60 Minutes interview broadcast in October one recent such example.

While the United States is required by law to "support Taiwan’s self-defence", as described by a White House spokesperson after the 2021 Biden statements, the country has traditionally employed a policy of “strategic ambiguity” when it comes to adherence to the Taiwan Relations Act. Biden's explicit statements in favor of taking defensive action in the region are a clear step away from this position.