More Afghan provincial capitals have fallen to the Taliban as the insurgent group is advancing quickly in the country after the United States started to withdraw its troops.

The exodus of the U.S. military is not expected to finish before the end of the month, but, as Statista's Katharina Buchholz notes, the insurgents have already regained control of large swaths of the country, suggesting that their defeat was never more than temporary. According to media reports, the Afghan capital Kabul could be surrounded in as little as 30 days, which has led to foreign governments including the U.S. scrambling to remove their personnel from the city. 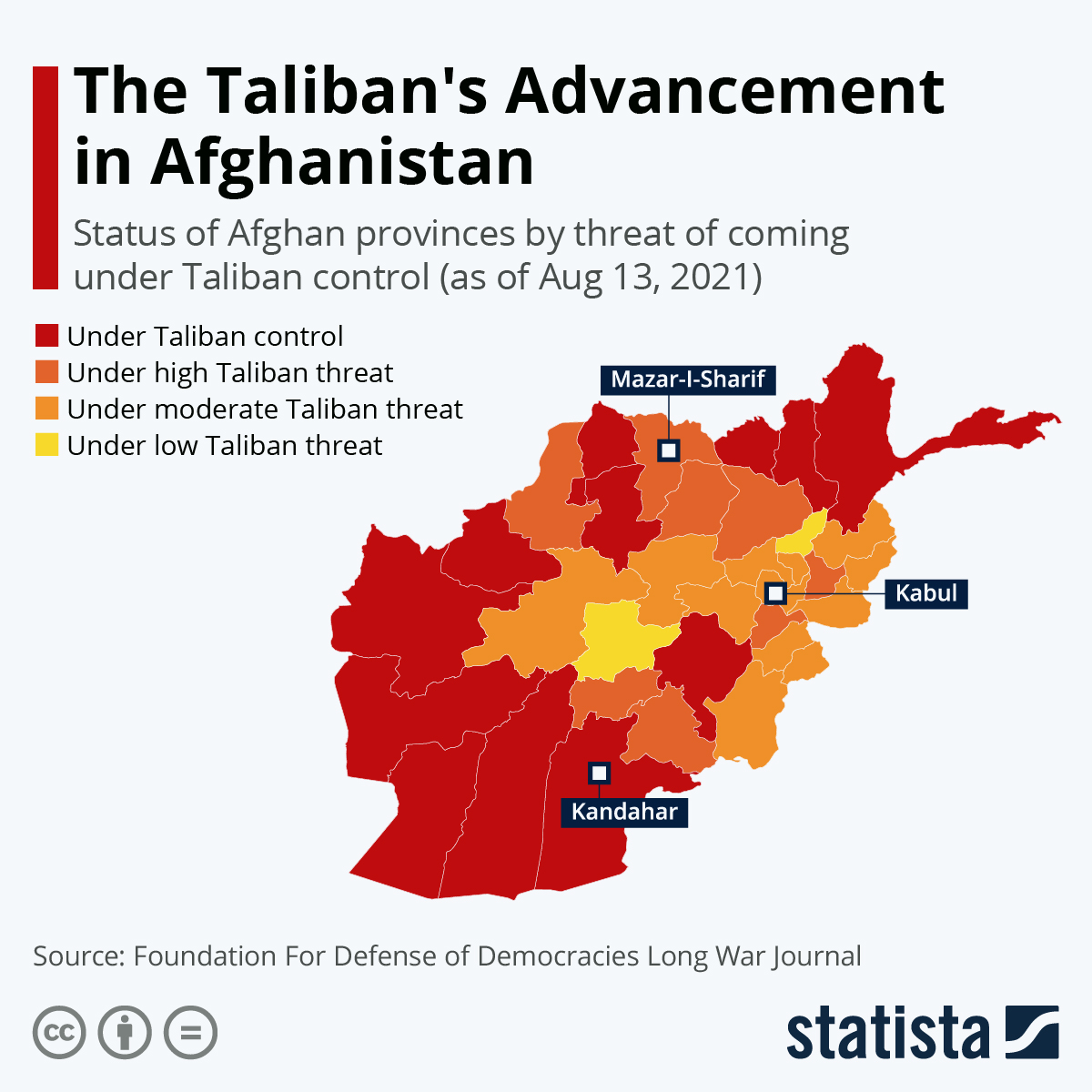 Southern provincial capital Kandahar, Afghanistan’s second-largest city, fell to attacks Friday, while Lashkar Gah in the neighboring province of Helmand also came under Taliban control. This is according to the Foundation For Defense of Democracies’ Long War Journal.

According to the journal, the Taliban announced retaking twelve complete provinces and two more provincial capitals – Aybak and Puli Khumri in northern provinces Samangan and Baghlan – in the past week. The two provinces are still qualified as under high Taliban threat in the chart with Long War Journal data, as are six additional provinces. Kabul province meanwhile is listed as being under moderate threat of Taliban capture. Only two provinces are currently under low Taliban threat, remaining firmly in the hands of Afghan government.