The number of water conflicts is increasing in most regions of the world, as Statista's Martin Armstrong shows in the following infographic, based on data from the Pacific Institute. 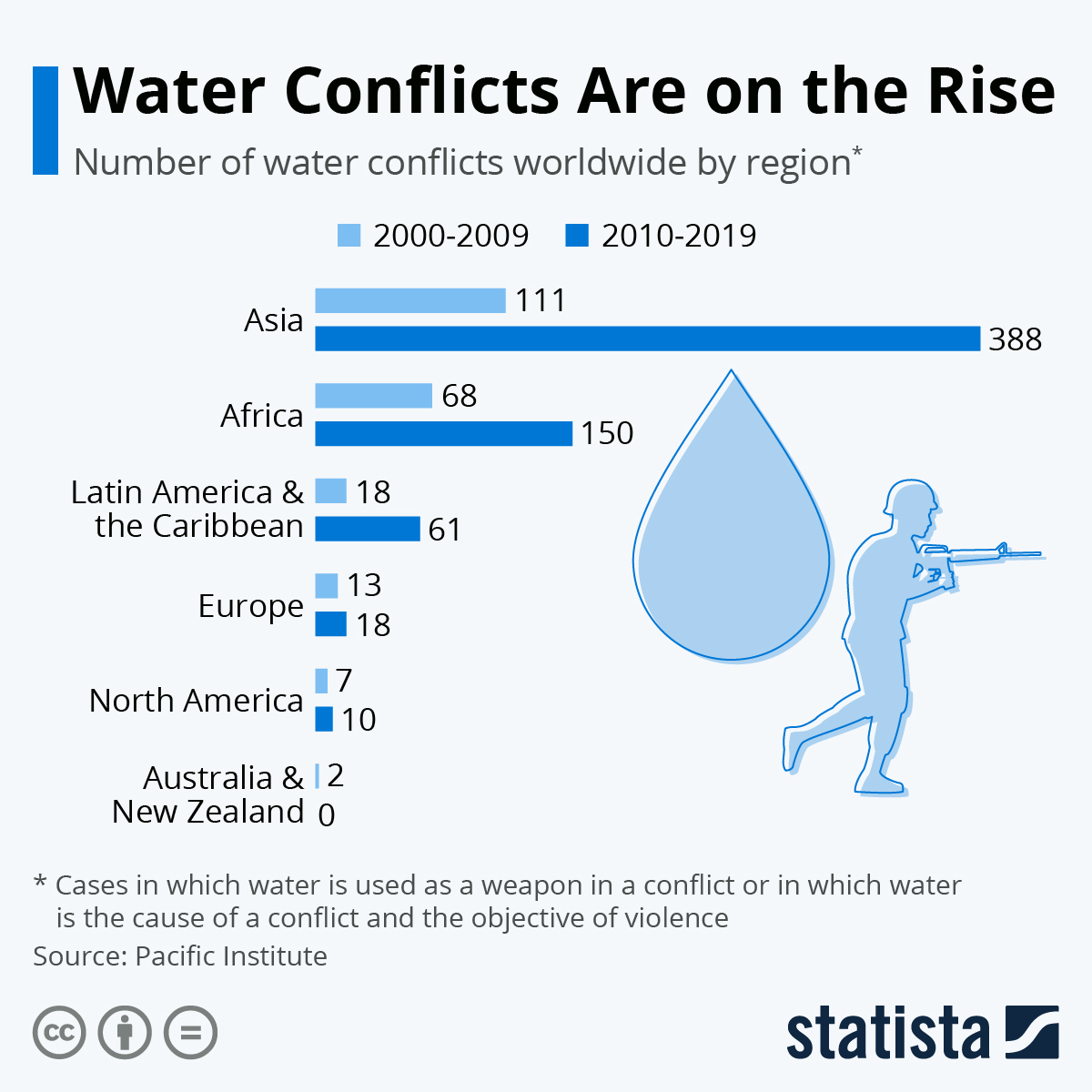 The source distinguishes the following different types of conflict:

The hottest hotspot is Asia, which has the highest number of conflicts in absolute terms and the strongest recent growth in conflicts.

Only last year, at least 41 people were killed and more than 200 injured in a violent border conflict over access to water resources in the region between the two ex-Soviet republics of Tajikistan and Kyrgyzstan.

There are also many water conflicts in other regions of Asia.

For example, the largest and most important rivers in Asia are controlled by China - which is why unrest is growing in India and Bangladesh. Experts believe that the fight for water could become even more intense here in the coming years.

A gigantic dam that Ethiopia plans to build at a cost of more than five billion dollars to dam up the Blue Nile flowing through its territory has recently caused a great deal of trouble here - a project that is causing particular consternation in downstream Egypt, where the Nile water has been the country's livelihood for centuries.