What do people worry about most in different countries?

According to research from Ipsos, the ongoing coronavirus pandemic caused some of the highest rates of worry, but it was by no means the top concern for everyone anymore. But, as Statista's Katharina Buchholz notes, a baffling 63 percent of Swedes said they worried about crime and violence despite living in a relatively safe country. The concern was also the most common in Mexico and the United States. 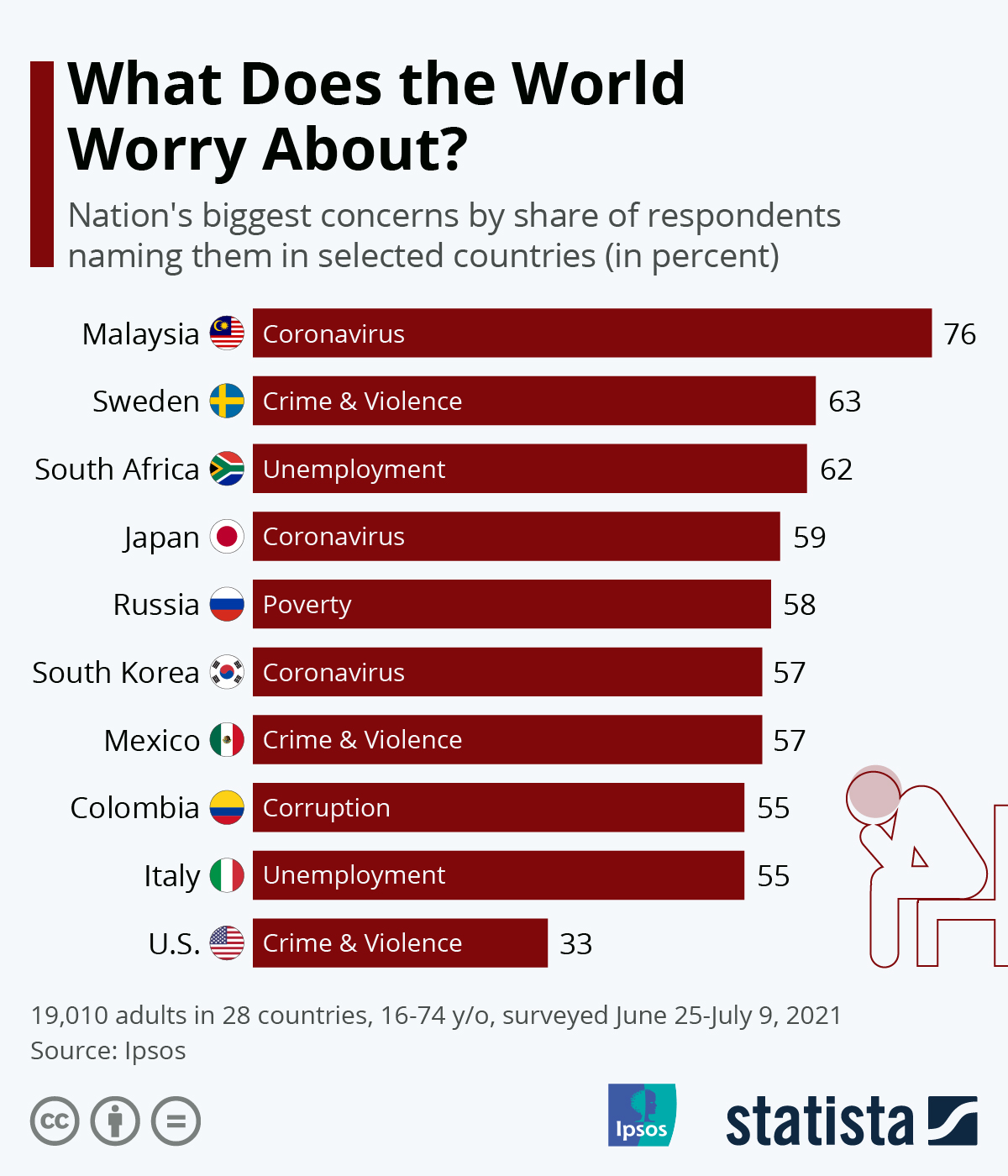 Americans were more divided than most countries on what worried them.

33 percent said crime and violence, which was followed by the coronavirus (25 percent), climate change (23 percent) and corruption (22 percent).

Unemployment was the top worry in South Africa at 62 percent and Italy at 55 percent, while coronavirus worry was still most present in Asia, where 76 percent of Malaysians said they worried about the pandemic - the highest degree of agreement in the survey.

The top country for worry about corruption was Columbia, where it was the most common concern at 55 percent of respondents agreeing to it.

For worry about poverty, the same is true for Russia at 58 percent.

Interestingly, climate change wasn't the biggest worry in any of the 28 countries in the survey. In a reoccurring Gallup survey asking for the biggest threat to one's country, more and more nations have been pivoting towards naming climate change, potentially revealing a discrepancy between knowing climate change as a threat and grasping it enough to personally worry about it.