While the move away from fossil fuels towards more sustainable alternatives is well on the way in many industry sectors, the world as of now still relies heavily on crude oil for the production of different fuel types, plastics and wax.

In 2020 alone, countries around the world produced 4,165 million metric tons of oil, and as Statista's Florian Zandt points out, the continent of Africa was responsible for 327.3 million metric tons, netting it fifth place worldwide after the Middle East, North America, CIS and the Asia Pacific region including China.

As the chart below shows, its oil production hotspots are mainly situated in countries with coastlines, with Nigeria taking the top spot. 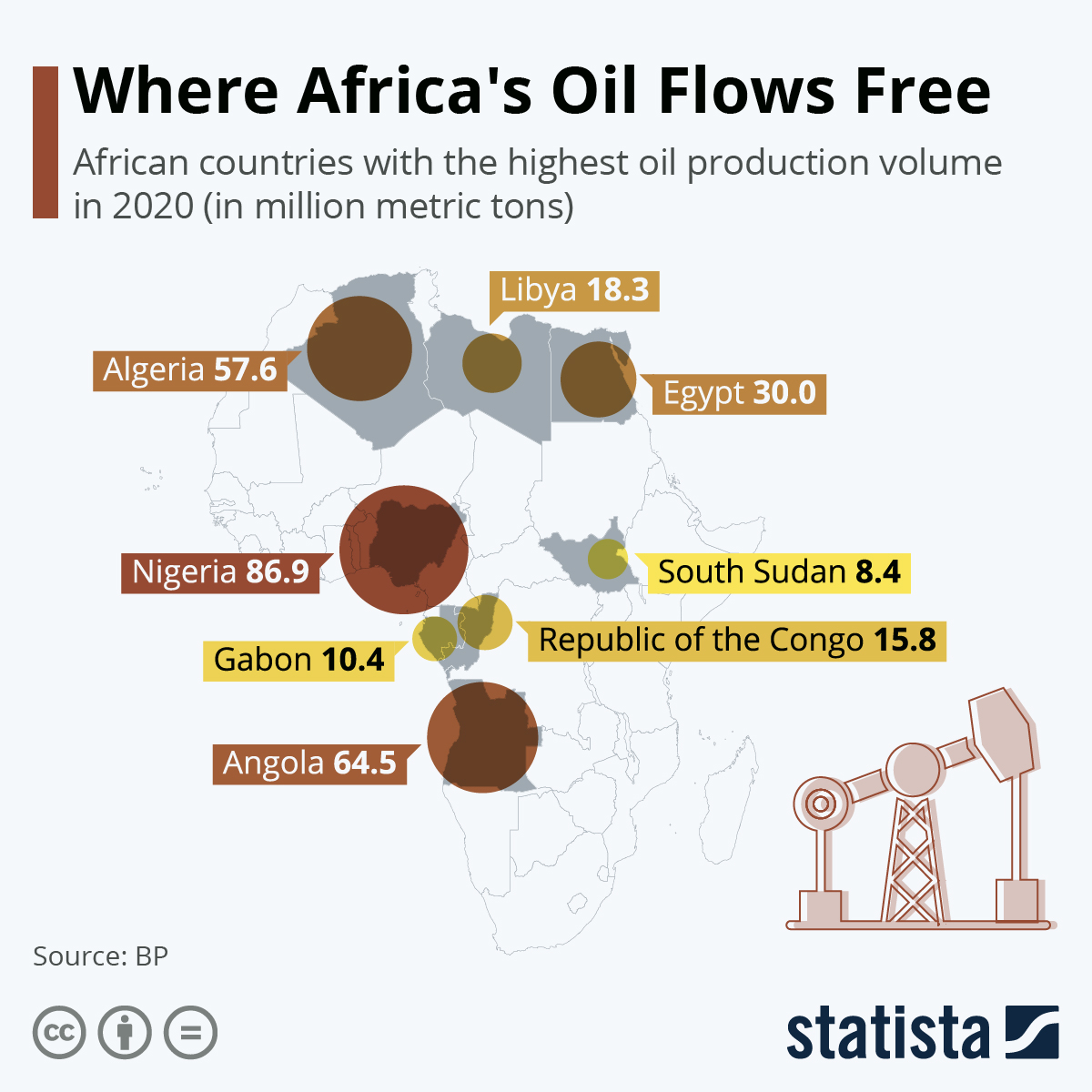 According to data from BP's yearly report, the Western African nation produced more than a quarter of the whole continent's oil production, which translates to 86.9 million metric tons. This stands in stark contrast to Nigeria's reputation of fostering major technology hubs like Lagos, showcasing the divide between a more traditional, oil-based economy and a more progressive one. This divide, however, is not unique to African countries: Gulf states like Saudia Arabia and the United Arab Emirates, whose economies still rely mainly on fossil fuel production, are also aiming to restructure their economy into a future-proof one. Taking the second spot in oil produced as well as oil exported is Angola with 64.5 million metric tons and 1.3 million barrels, respectively.

Overall, oil production around the world in 2020 has gone down by 7.2 percent year over year. The decrease is especially harsh in OPEC countries, where 12.5 percent less oil was produced. When it comes to the most lucrative oil companies, Chinese corporations occupy the top spots. The state-run Sinopec generated roughly $332.7 billion in revenue in 2021, with PetroChina coming in second with $309 billion. Taking third place is U.S.-based Exxon Mobil with annual revenue of $181 billion this past year.