Looking at pledges of military aid to Ukraine between the start of the Russian invasion and May 10, Statista's Katharina Buchhlz details below that the U.S. government has committed to providing the most arms, weapons and other equipment by far.

Almost $26 billion in military aid was pledged up until the given date, according to the Ukraine Support Tracker by the Kiel Institute for the World Economy.

This number will soon rise even more as a new $700 million military aid package by the U.S. was announced on Wednesday night, including 1,000 Javelins and rocket-launcher systems. 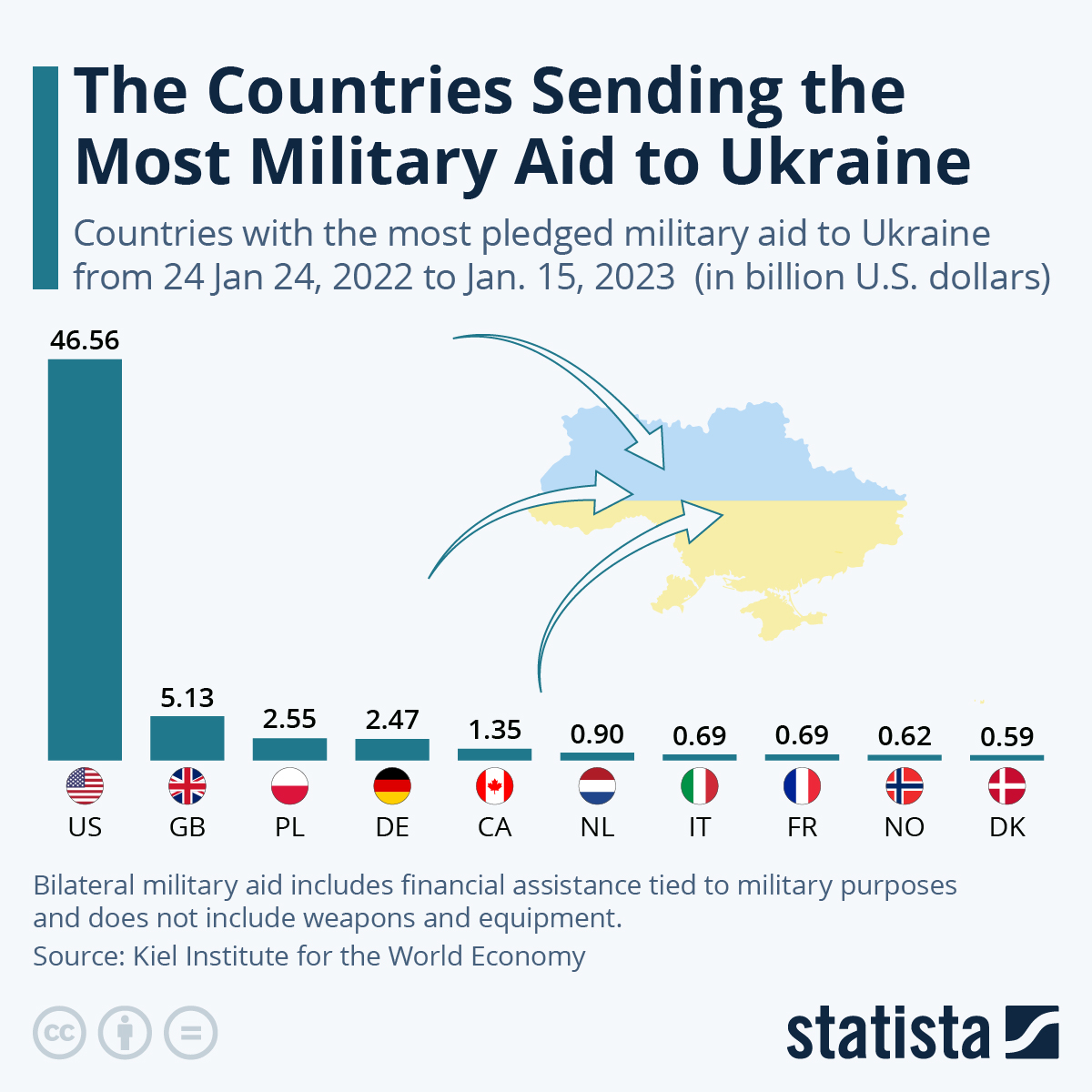 The second-ranked country, the United Kingdom, has pledged far less - $2.5 billion – in the given time frame. In relative terms, however, both military aid commitments amount to approximately 0.1 percent of either country's GDP. Looking at this metric, Ukraine's smaller neighbors contributed more to its war effort, for example Poland (military aid of 0.3 percent of GDP) or Estonia (0.8 percent). Even when combining military, financial and humanitarian aid delivered or pledged by the U.S. is added up, this only amounts to 0.2 percent the country's GDP.

Other big donors of military aid to Ukraine are Germany and Canada - even though their relative pledges only amount to 0.04 percent and 0.05 percent of their respective GDPs.

The IfW Kiel's Ukraine Support Tracker systematically records the value of support that the governments of 37 mostly Western countries have pledged to Ukraine since the start of the Russian invasion on February 24, 2022. Military, financial and humanitarian aid that is publicly known is recorded in the database.