Norway, Denmark and Sweden are the countries with the highest scores on this year's World Press Freedom Index issued by Reporters Without Borders (RSF), with the first two scoring more than 90 points. 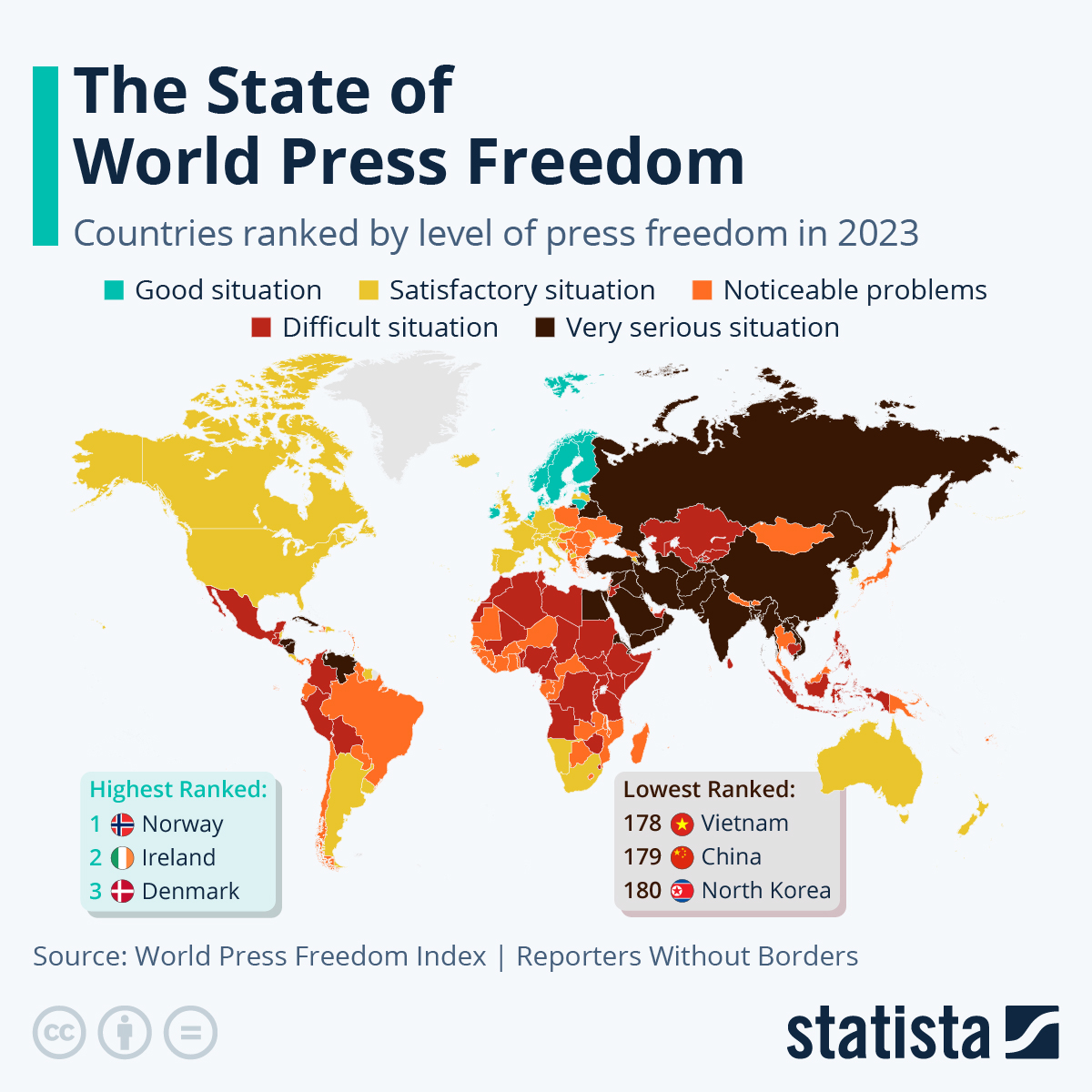 As Statista's Florian Zandt details below, while the top-ranked countries have changed somewhat compared to 2013, there's a lot less movement in the bottom rungs, with one major exception.

This exception is the Southeast Asian country of Myanmar, which in comparison with 2013 fell by 24 ranks to the fifth-last place. According to RSF, this can largely be attributed to the February 1, 2021 coup deposing State Counsellor of Myanmar Aung San Suu Kyi, in the wake of which the military junta banned a slew of media outlets dedicated to independent reporting from the region. 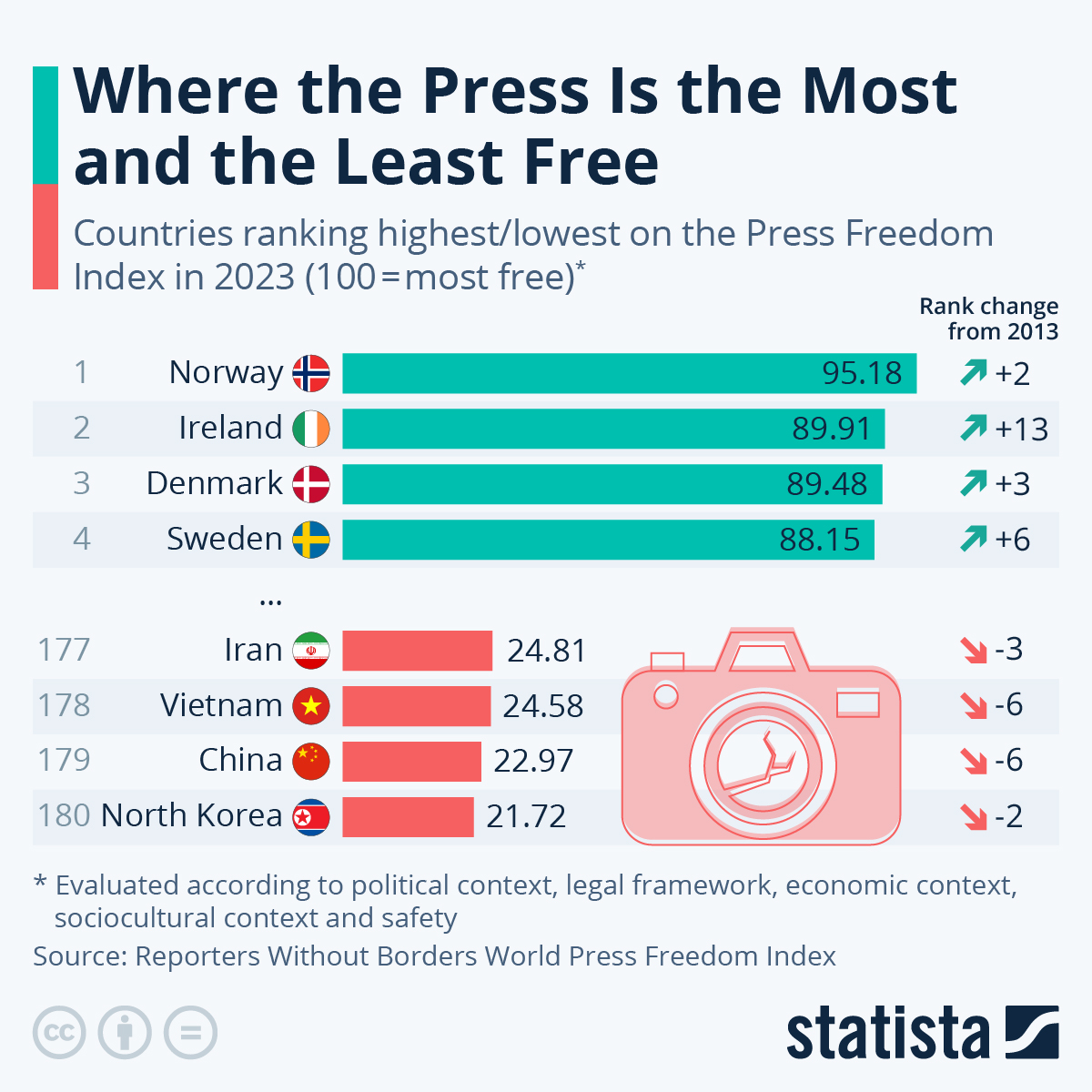 While countries like North Korea, China or Iran have always been among or around the bottom 20 in the past, the number of countries losing the classification of having "good" freedom of press compared to around ten years ago is a cause for concern. In 2013, 25 countries scored between 85 and 100 index points, while in 2022 only eight qualified for this bracket. For example, liberal democracy poster children like the United Kingdom, the United States or Germany only managed to get a "satisfactory" rating.

This analysis comes with one important caveat: The index only portrays the level of freedom journalists and media workers enjoy in their corresponding countries and doesn't serve as an indicator of the quality or quantity of the connected outlets.