Some passports afford their bearers more freedom than others.

In 2022, Japan and Singapore have been named the countries with the world's most powerful passports by the Henley Passport Index. 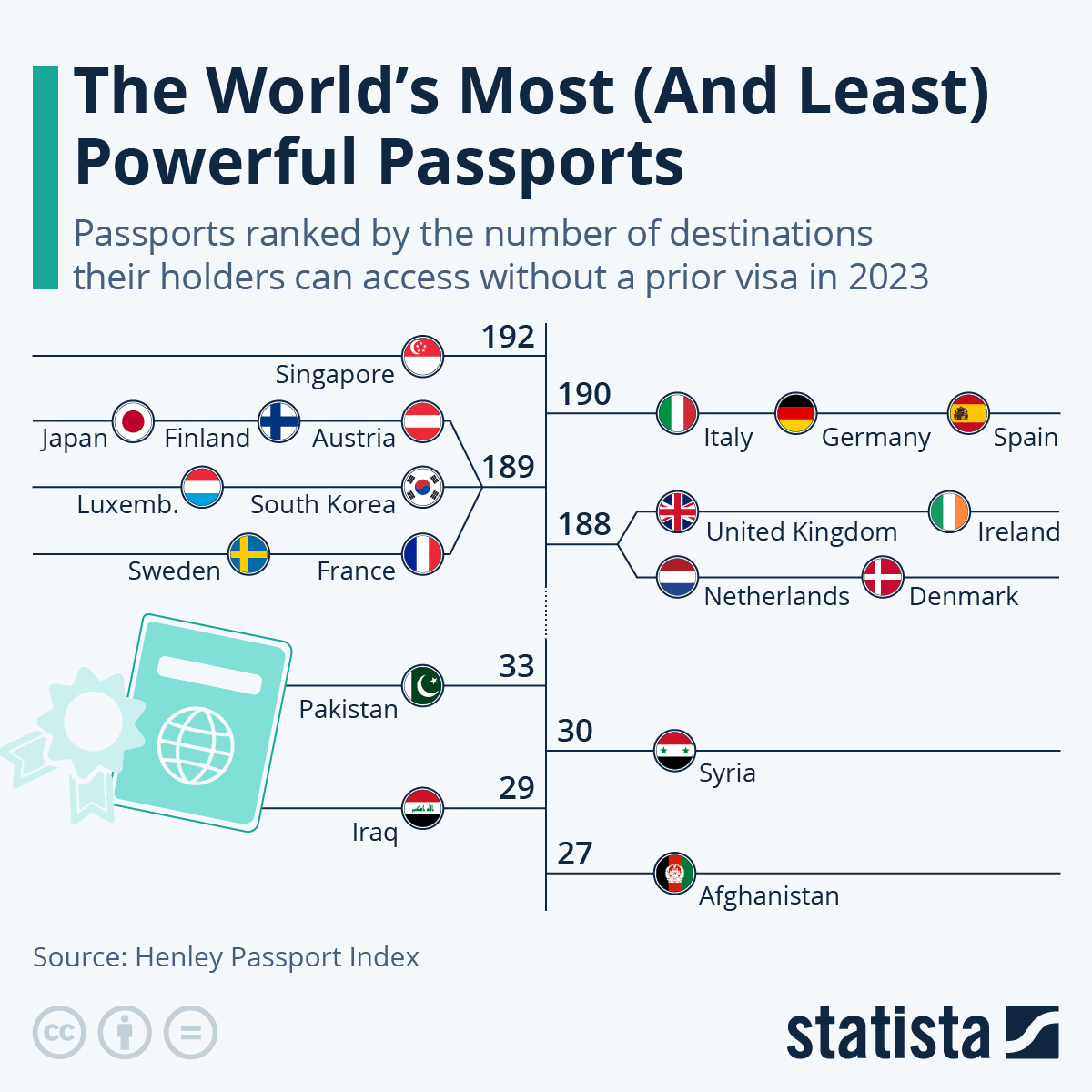 Holders of these passports have the unbeatable luxury of being able to enter 192 countries without applying for and receiving a visa beforehand.

South Korea (not pictured) and Germany follow with visa-free travel to 190 jurisdictions.

Even though the United States is further down the ranking, the American passport still yields considerable power. U.S. passport holders can travel to 186 countries without major restrictions. That's a level of freedom also enjoyed by citizens in New Zealand, Norway, Switzerland, Belgium and the United Kingdom. At the other end of the scale though, the situation is very different. For passport holders in Afghanistan, Iraq and Syria for example, the world is very much not their proverbial oyster.

The Afghanistan passport wields the least power in the ranking, with just 26 destinations possible visa-free. As this infographic shows, the situation is similar for Iraq (28) and Syria (29).