Maria Ressa won the Nobel Peace Prize Friday together with Dmitry Muratov - the two journalists were honored for their fight for the freedom of speech in the Philippines and Russia, respectively.

Ressa was the only woman who received a Nobel Prize in 2021. Muratov and eleven more men were honored by the Nobel Committee this year, also in the categories physics, chemistry, medicine, literature and economics.

As Statista's Katharina Buchholz shows in the chart below (with data from the Nobel Foundation), women are still under-representated as Nobel Prize Laureates even though their numbers among those honored have been growing. 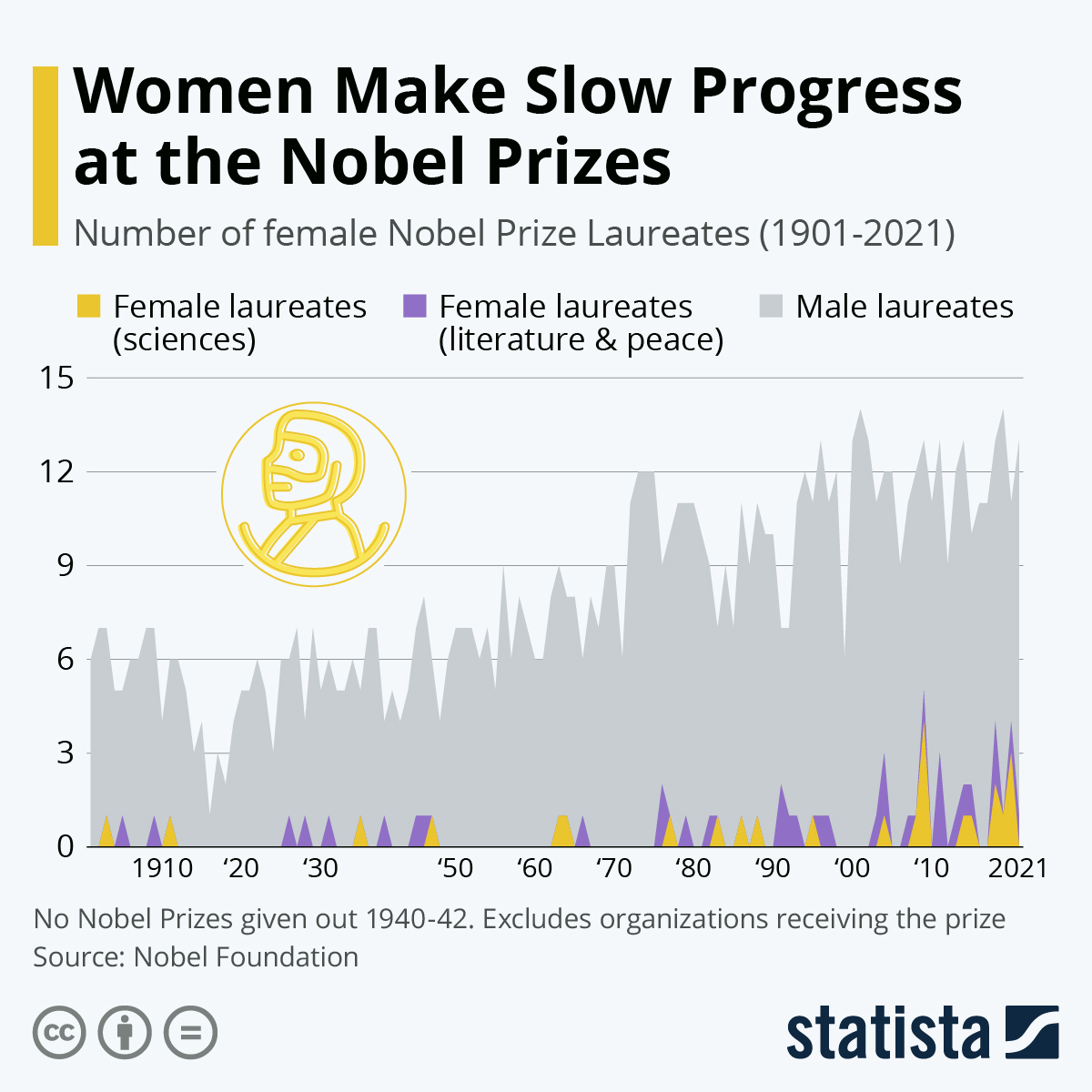 34 women won Nobel Prizes for literature or peace, compared with 25 in the sciences despite the later encompassing more categories and more frequently naming multiple winners (and no mention of transgender people?).

Over the years, more Nobel Prizes have been given out in total as multiple winners became more common and also because of the economics prize being added in 1969. During World War I, several categories were paused and the ceremony stopped completely between 1940 and 1942 due to World War II.