Since the announcement in 2010, there has been widespread disbelief and outrage at the 2022 World Cup being awarded by FIFA to Qatar. As Statista's Martin Armstrong reports, the country's dire human rights record, coupled with reports of abhorrent treatment of migrant workers and thousands of deaths during the construction of new stadiums and infrastructure, have led to calls for a brand and fan boycott of the tournament.

However, despite this backdrop to the tournament, the idea appears to have largely fallen on deaf ears among the public.

As a recent survey by Statista reveals, when it comes to football fans in England the love of the game seemingly outweighs any motivation for a boycott. 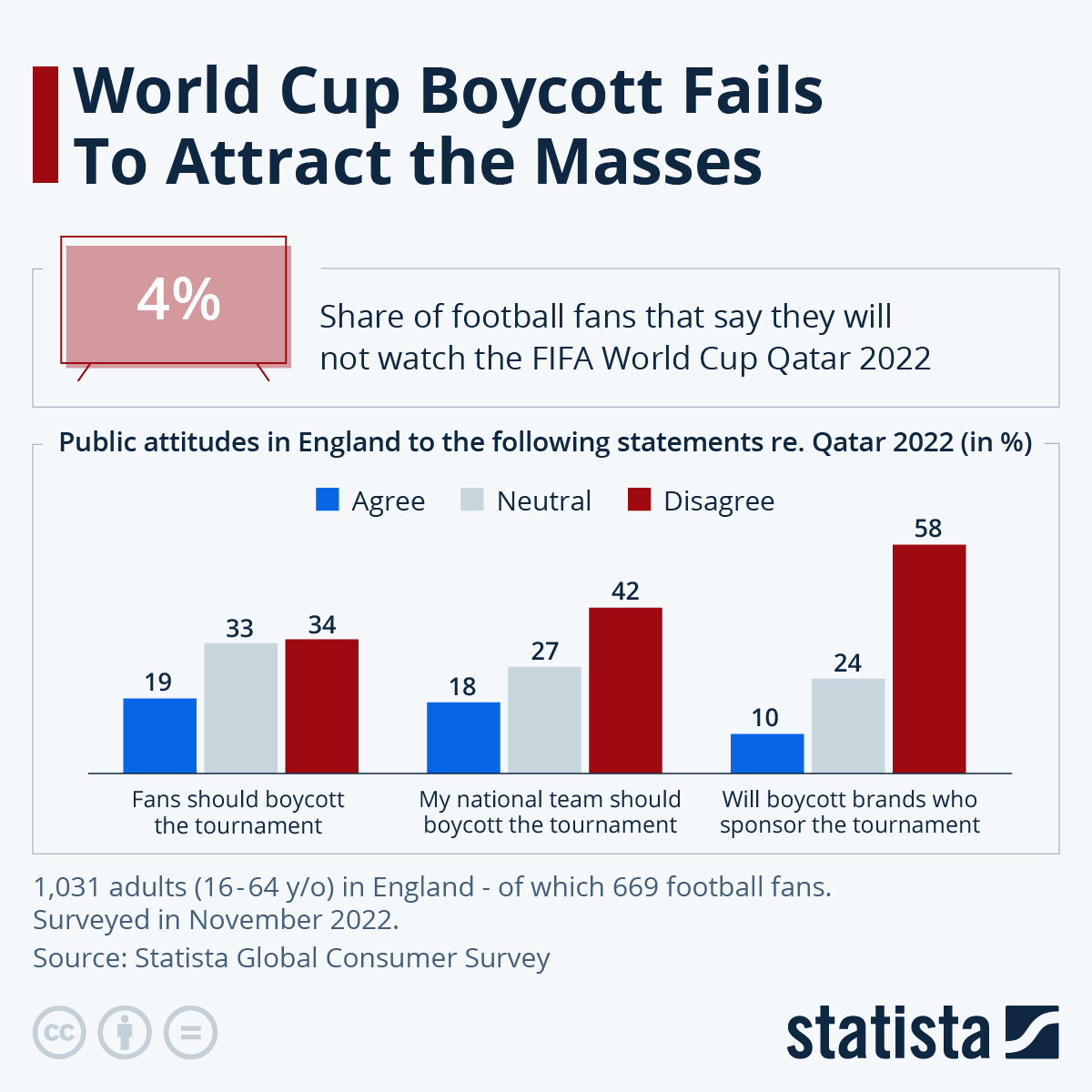 Analyzing this more generously, fans may also think that a boycott at this stage will have little effect. After all, the games are all free to watch on TV, eliminating at least any direct financial support of the tournament.