Which countries count the most foreigners among their prison populations?

According to data from the World Prison Brief, 100 percent of prisoners held in the tiny principality of Monaco are foreigners.

But, as Statista's Niall McCarthy notes, the explanation for that seemingly staggering figure is that Monégasques are actually a minority population in their own country, accounting for just 21.6 percent of its 38,400 inhabitants in 2015. 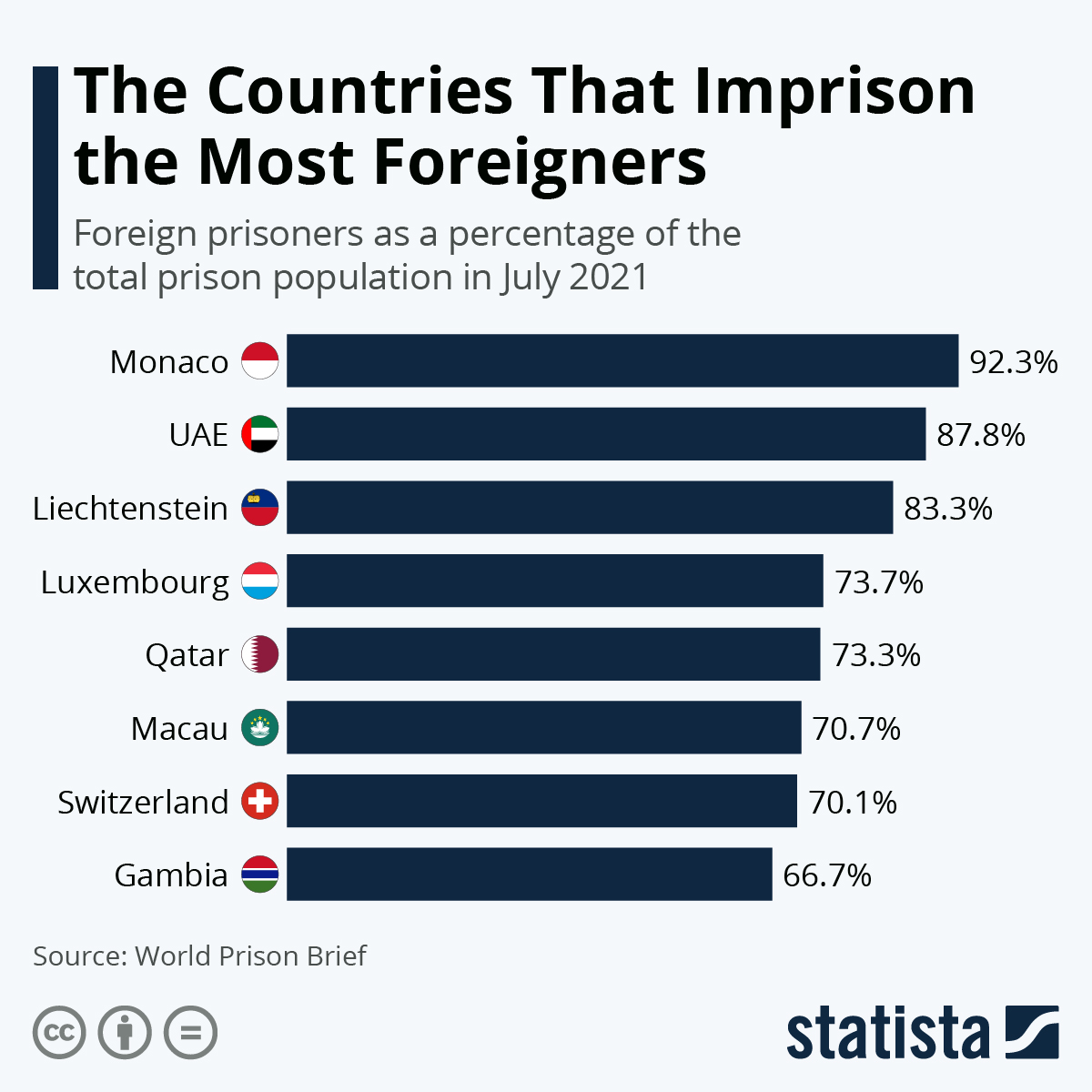 The trend is generally similar in smaller countries with large foreign populations and Andorrra and the UAE come second and third with an 88.5 and 87.8 percent foreign share of inmates respectively. By comparison, just 5.5 percent of the US prison population is foreign.