For 2020, Americans are making the resolution to adopt healthy habits – concerning their finances as well as their bodies. A survey by Ipsos for Urban Plates has found that out of all participants who said they were making one or several new year’s resolutions, 51 percent wanted to manage their finances better and an equal amount wanted to adopt healthier eating habits. 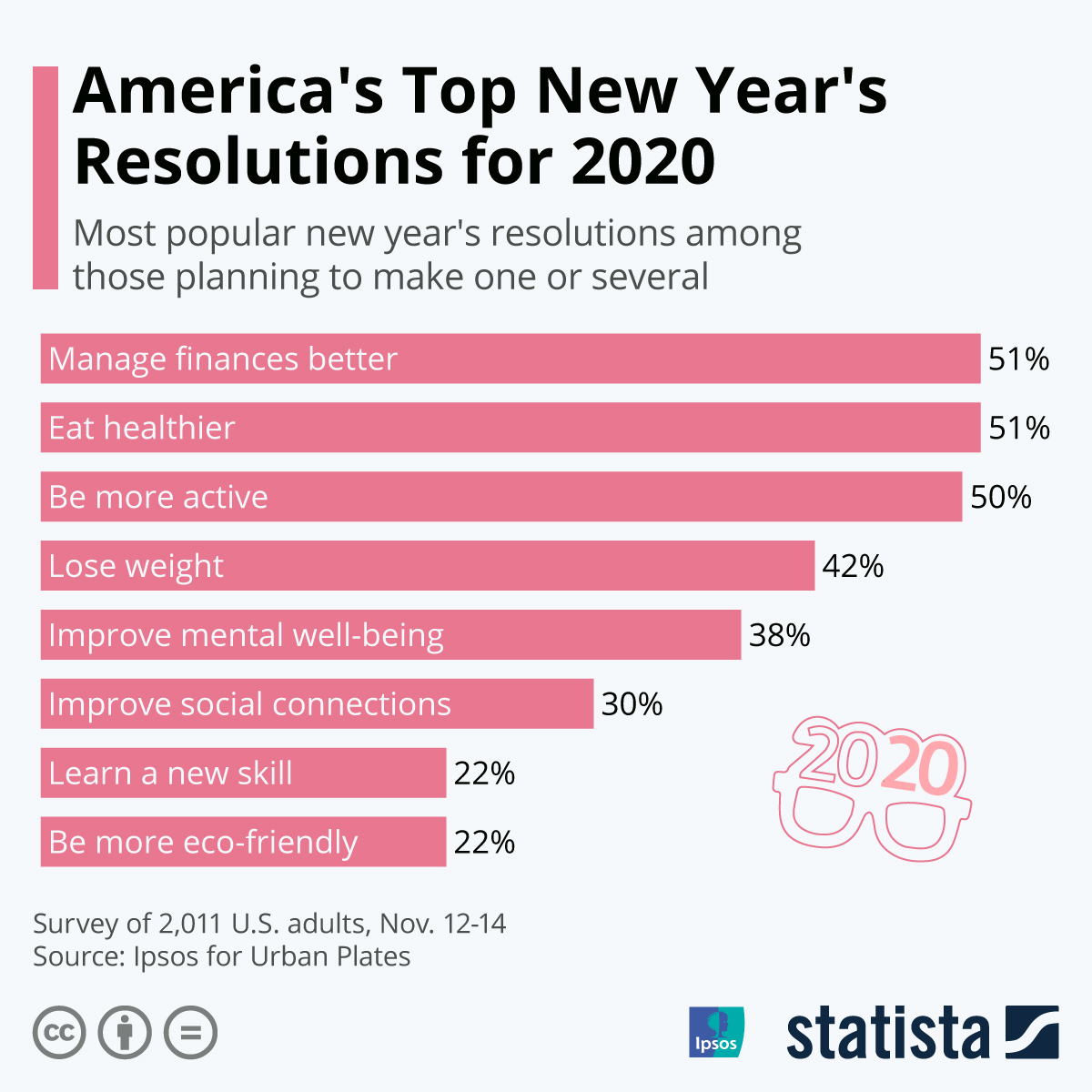 38 percent of participants wanted to improve their mental well-being or practice mindfulness, a sign of a growing awareness for these aspects of mental health. Despite environmental protection being an equally popular topic at the moment, only 22 percent of survey participants said they wanted to be more eco-friendly in 2020.