Earlier this week, the European Union unveiled their European Investment Plan aimed at shifting 1 trillion euros into making the economy more environmentally friendly over the next 10 years.

Statista's Willem Rpoer reports that the investment plan is in line with European Commission president Ursula von der Leyen’s Green Deal, which looks to make the European continent carbon-neutral by 2050. Since taking office, Von der Leyen has made climate change her top priority.

European countries have typically been leaders in the fight against climate change, with many ranking lowest in carbon emissions globally and highest in environmental quality. The newest trillion-euro investment plan looks to solidify Europe as the global example for combating global warming as other continents like Asia and North America continue to produce high carbon emissions and lag behind in renewable energy sources.

In 2019, Yale University released their Environmental Performance Index (EPI) for all 180 countries in order to gauge which countries had the highest environmental quality and which had the lowest. 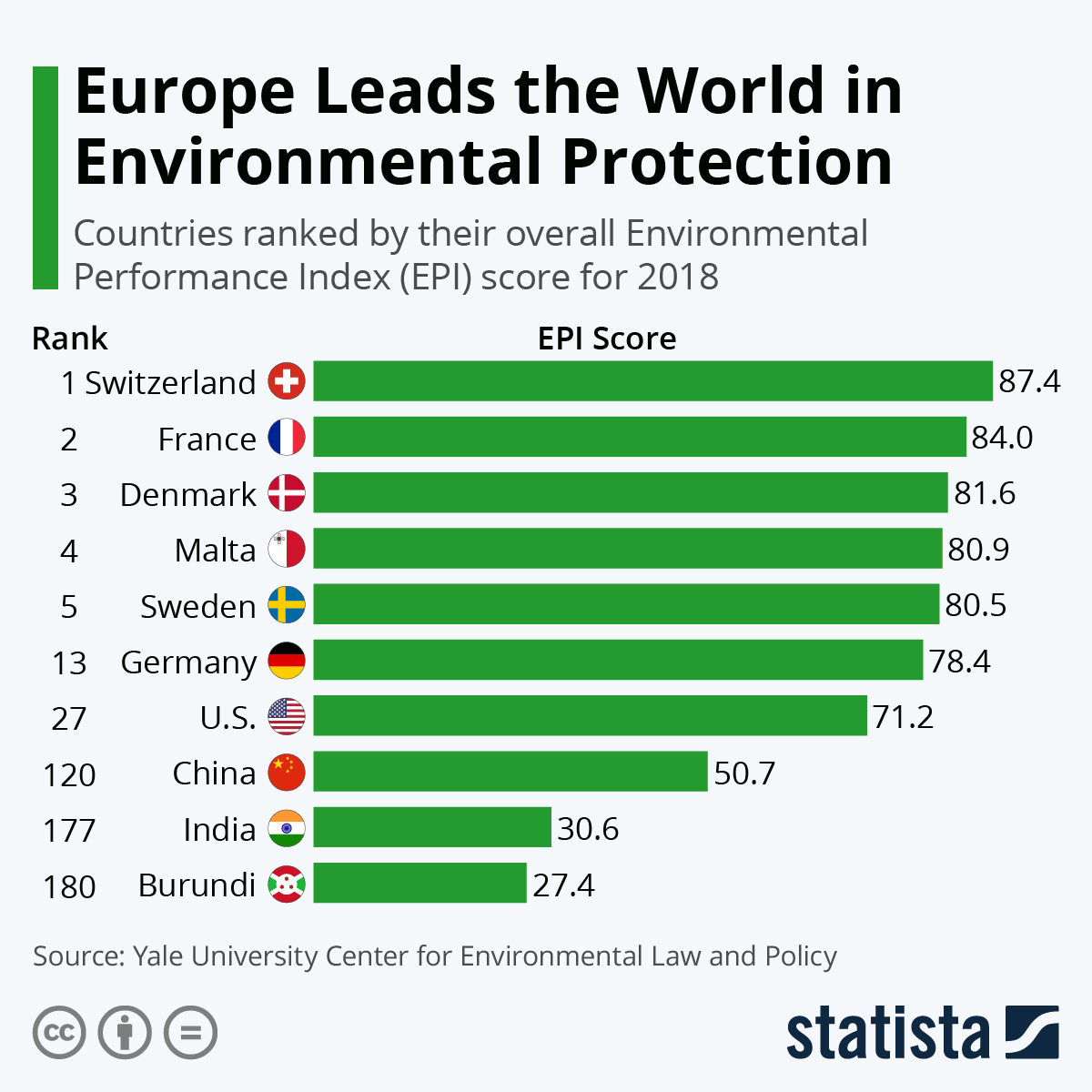 The index doesn’t take into account the average GDP per capita in each country or the overall economic viability for a country and government to produce a healthy environment.