Anders Tegnell, Sweden's chief epidemiologist, has acknowledged that too many people have died in the country due to COVID-19. Tegnell was key in developing Sweden's more relaxed strategy which saw bars, shops, cafes and gyms remain open while the rest of Europe locked down, which he criticised as being unsustainable.

Some restrictions were indeed imposed in Sweden with schools closing for over-16s but, as Statista's Niall McCarthy notes, the public were generally trusted to remain responsible and carry out physical distancing without government enforcement.

During a radio interview, Tegnell said that:

"if we were to encounter the same disease again, knowing exactly what we know about it today, I think we would settle on doing something in between what Sweden did and what the rest of the world has done."

His comments come as figures show Sweden's per capita death rate being the highest worldwide in the seven days to June 02.

The government has now given in to opposition pressure and said it will launch an investigation into how COVID-19 was handled.

So how does Sweden's more relaxed approach to the pandemic compare with neighbouring countries? 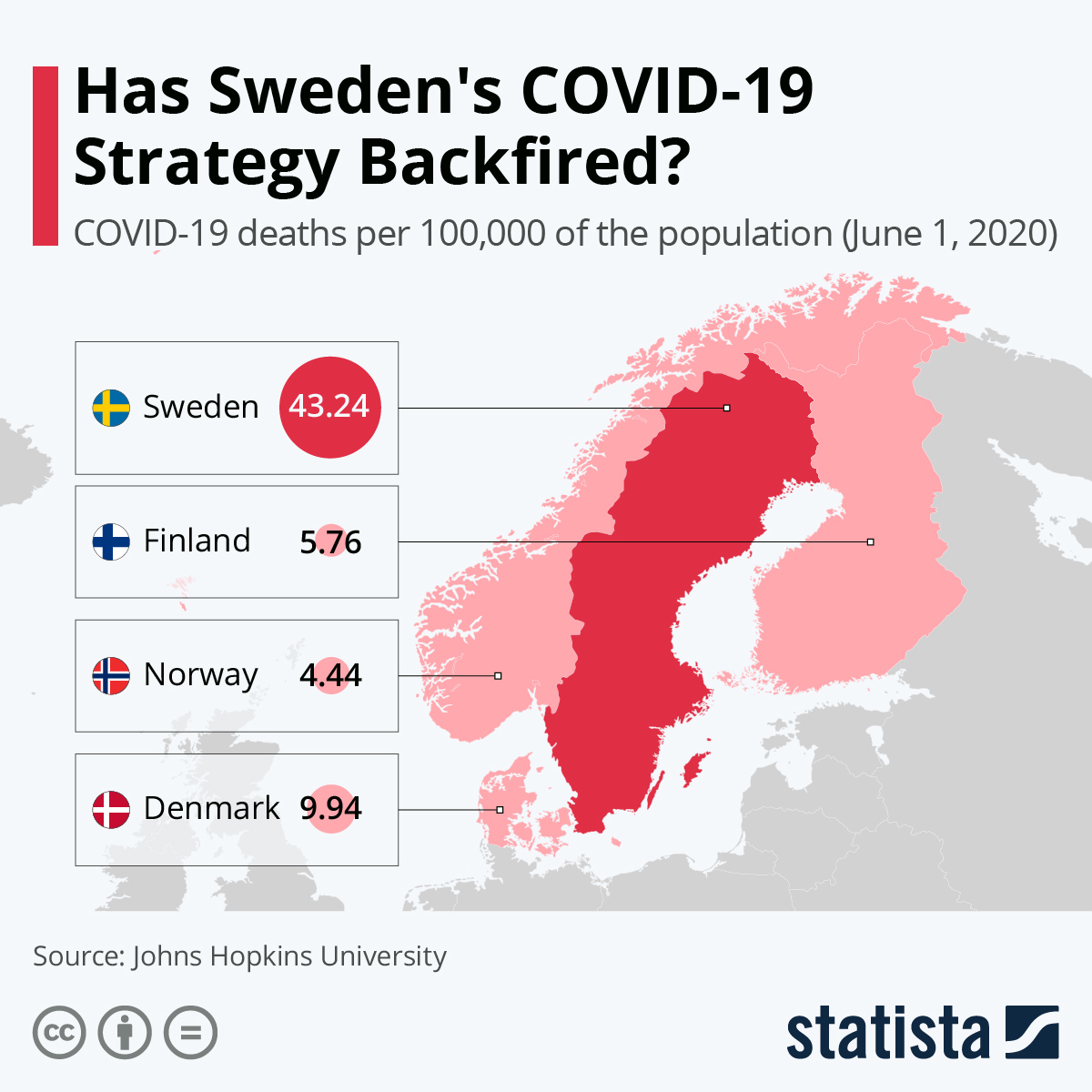 The latest data from the Johns Hopkins University shows that as of June 01, Sweden had 43.24 deaths per 100,000 of its population. That's in stark contrast to Denmark and Finland who have recorded less than 10 deaths per 100,000 inhabitants and Norway which has had less than 5. Last week, Denmark and Norway said they would reopen tourism between their two countries from June 15 but that Sweden would continue to face restrictions.