Luxury Good? Where The "Tampon Tax" Is Highest (& Lowest) In Europe

Around the world, women pay high tax rates on period supplies like pads and tampons. These items are included in high sales tax brackets in many countries, ignoring possible reductions permissible for essential items or even declaring them luxuries before the law.

In the EU for example, countries have been free to depart from standard sales tax rates since 2007 and apply super discounted tax rates to feminine sanitary products. Still, as Statista's Katharina Buchholz notes, many countries haven’t lowered their tax rates, with Hungary exhibiting the highest rate at 27 percent. Several Scandinavian countries, whether they are EU-members or not, tax at around 25 percent and Greece even raised the so-called "tampon tax" to 23 percent as part of the country's austerity measures, according to Eurostat and media reports. 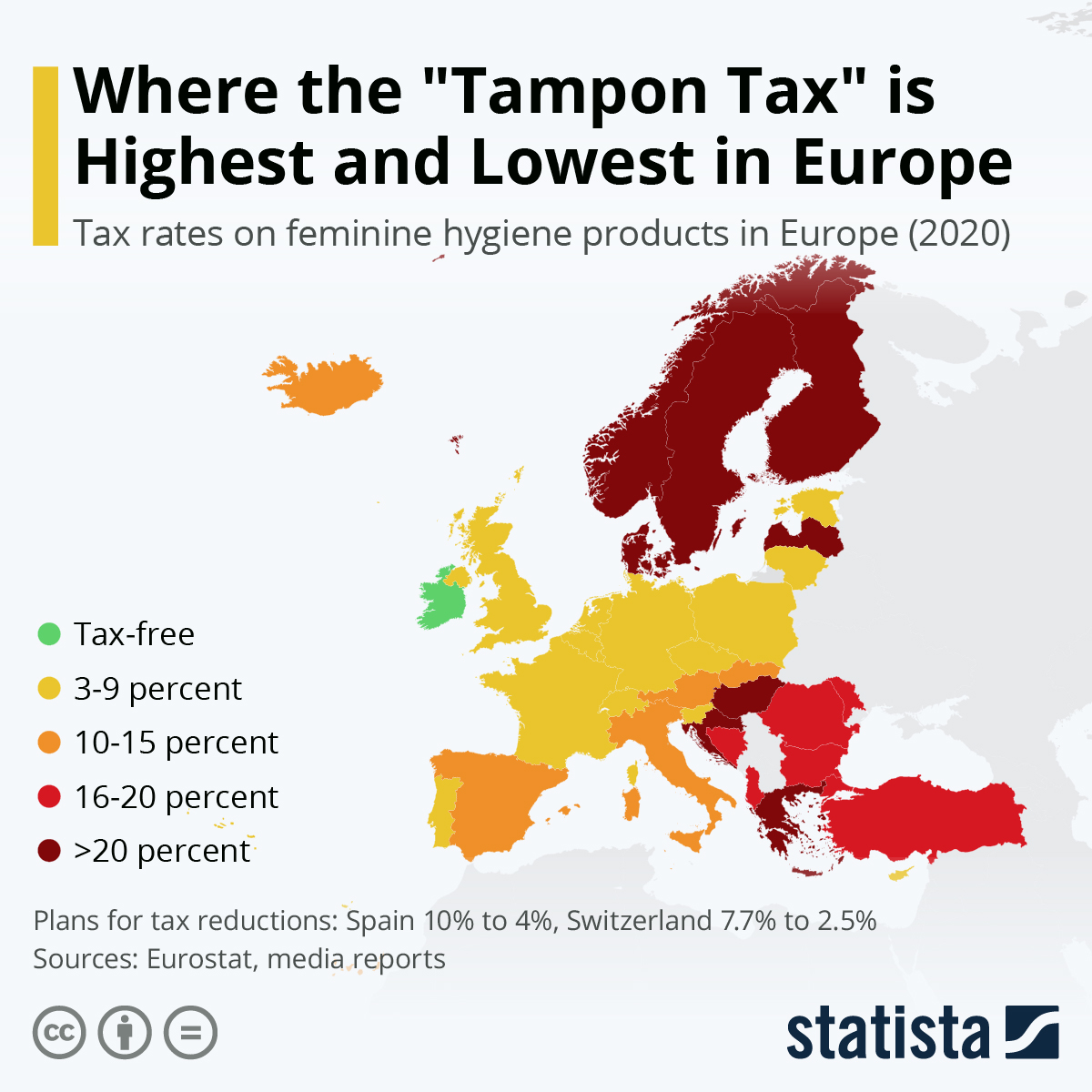 In the past 12 months, three Eastern and Central European countries - Poland, the Czech Republic and Lithuania - have lowered the "tampon tax" to 5 percent. Germany has also slashed taxes on feminine hygiene products to 7 percent from a high of 19 percent and Luxembourg has even gone as low as a 3 percent tax.

The UK and Cyprus already had their rate as low as 5 percent by 2018, similar to France, which charges 5.5 percent. Switzerland currently charges 7.7 percent but is looking to reduce that to 2.5 percent. Equally, Spain has been discussing changing the current 10 percent rate to 4 percent. The only country with no sales tax on period supplies in Europe is Ireland.