During the 1990s, Portugal was devastated by a drug crisis where one in every 100 people became addicted to heroin and the rate of HIV infection soared to become the highest in the European Union.

But, as Statista's Niall McCarthy notes, Portugal's radical move to put an end to the carnage should prove an example to other countries dealing with similar problems, especially the United States where opioids have killed more people than the totality of American military casualties in Vietnam, both Iraq wars and Afghanistan combined.

That move was decriminalizing the consumption of all drugs and Portugal became the first country to do it.

The policy saw the status of using or possessing drugs for personal use remain illegal. However, offenses were changed from being criminal in nature which involved prison as a possible punishment to being administrative if the amount possessed was no more than a ten-day supply. Needle exchange programs have also been in place since 1993 and today, all drug users can exchange syringes at pharmacy counters across Portugal. Drug treatment was also expanded and improved with successful results.

Finding historical data highlighting the severity of the addiction problem during the late 1990s is difficult but some important numbers do exist which help to show just how remarkable Portugal's recovery has been. The following infographic pulls data together from several sources to illustrate some key developments. 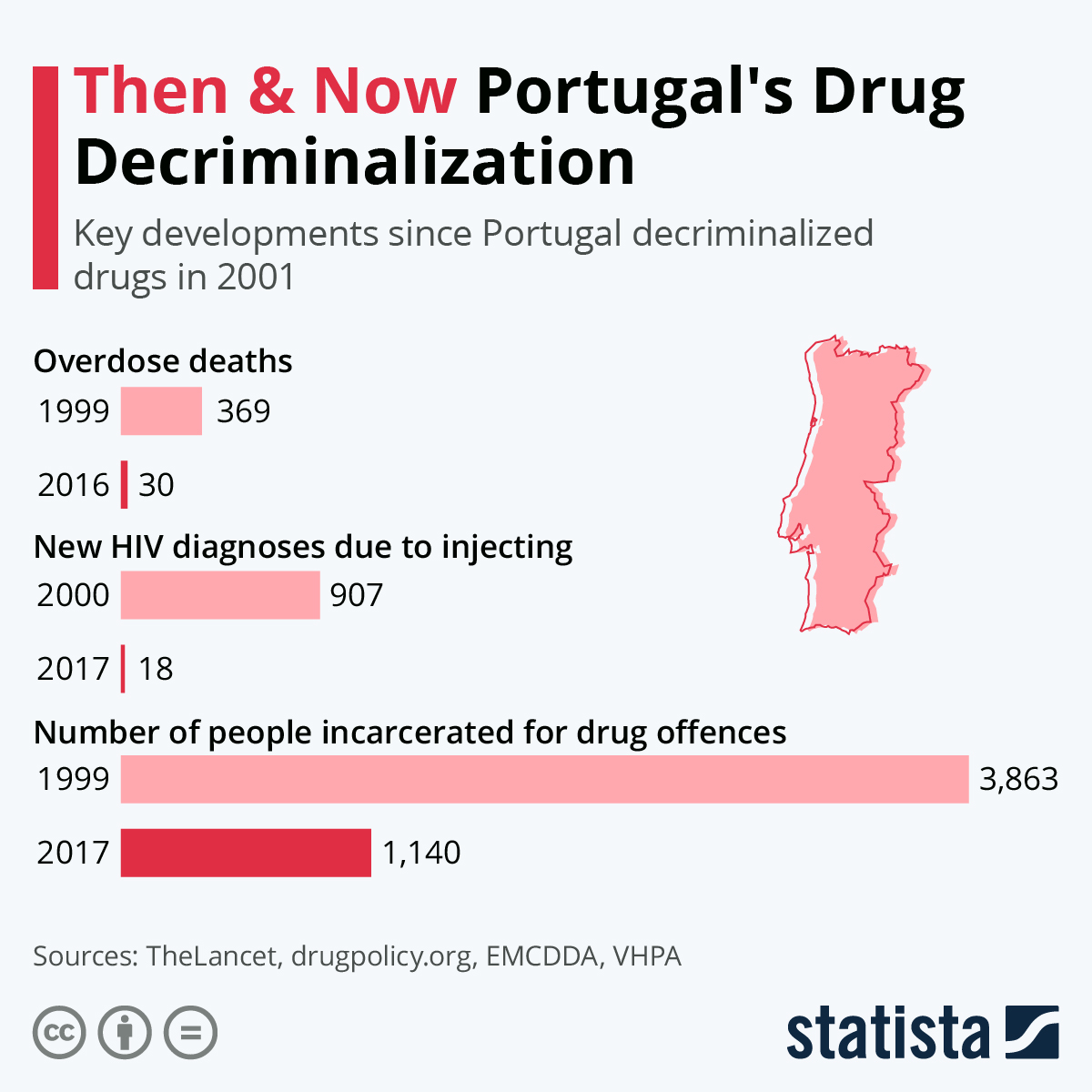