Because not only food, but – most importantly – toilet paper is being stockpiled during the worldwide coronavirus pandemic, producers of precious TP are on a roll.

Sales of toilet paper in the U.S. rose by an estimated 60 percent in March compared to the same month last year.

As Statista's Katharina Buchholz notes, the increase was more than double that in Italy, which was hit by the outbreak earlier than the U.S. There, revenues generated with bathroom tissue rose by 140 percent. 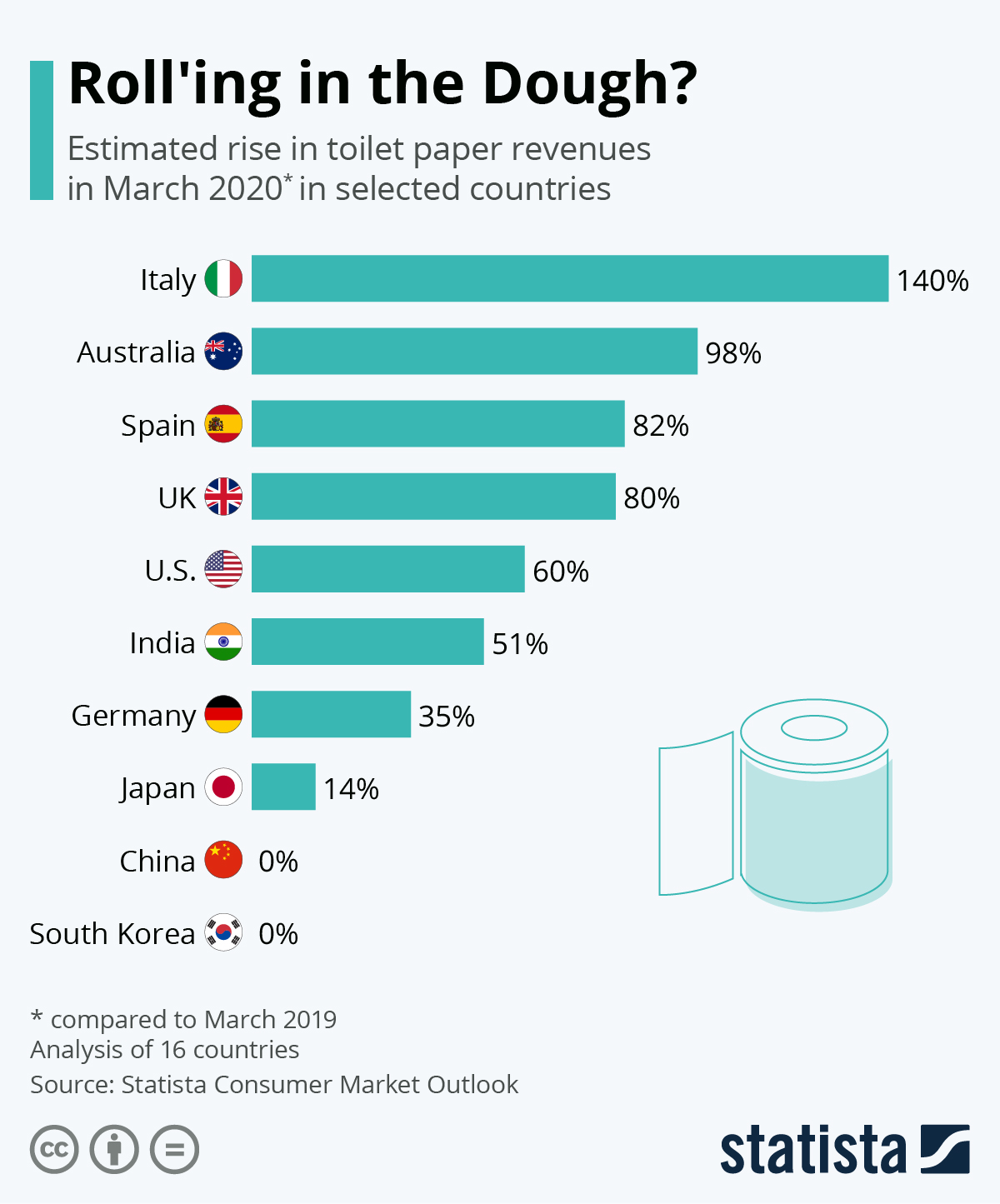 The Statista Consumer Market Outlook compared data and calculated estimates for 16 countries to show that revenues had risen most in Italy, followed by Vietnam and Australia. In other countries hit hard by the virus, for example Spain and France, the sale of toilet paper rose by 82 percent and 30 percent, respectively.