Yellowstone's Steamboat geyser is the world’s tallest currently active geyser and it has been really active lately.

In 2019, it counted 48 eruptions, according to the USGS Yellowstone Volcano Observatory. As Statista's Katharina Buchholz details, this number by far surpassed the previous record set in 2018 of 32 eruptions. 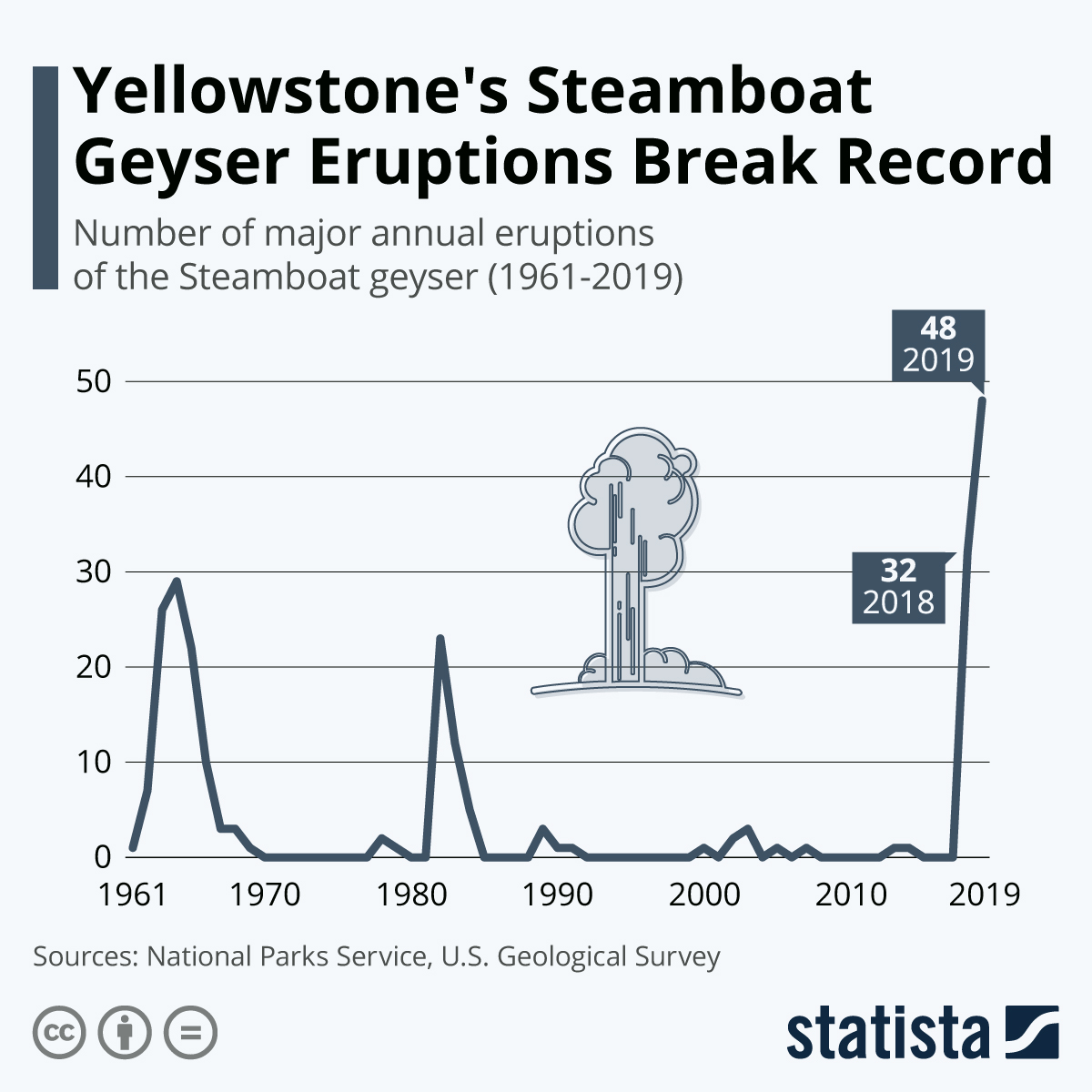 The last time the geyser was remotely this active was in 1964, when it counted 29 eruptions. Records published on the National Park Service website go back as far as 1878, also showing that the geyser has in the past gone years without erupting even a single time.

“Yellowstone’s thermal areas are the surface expression of the deeper magmatic system, and they are always changing,” R. Greg Vaughan, a research scientist with USGS, wrote.

“They heat up, they cool down, and they can move around.” And Yellowstone has undergone some changes as of late, such as the eruption of Ear Spring, and the newly active Steamboat Geyser.

A geyser is a vent through which hot water and steam from below the Earth’s surface can erupt. According to geology.com, geysers are extremely rare phenomena that only occur when many conditions are met. As a result there are only about 1000 geysers in the world. Generally, a geyser forms if water accumulates underground in the proximity of magma, is heated up quickly and ejected onto the surface as steam.

Michael Poland, the scientist in charge of the Yellowstone Volcano Observatory, said the irregularity of Steamboat is just “a geyser being a geyser.” Poland added: “Steamboat clearly has a mind of its own “and right now it’s putting its independence on display.”