The startup scene in Africa is accelerating at a rapid pace, according to Google’s 2021 Africa Developer Ecosystem report. 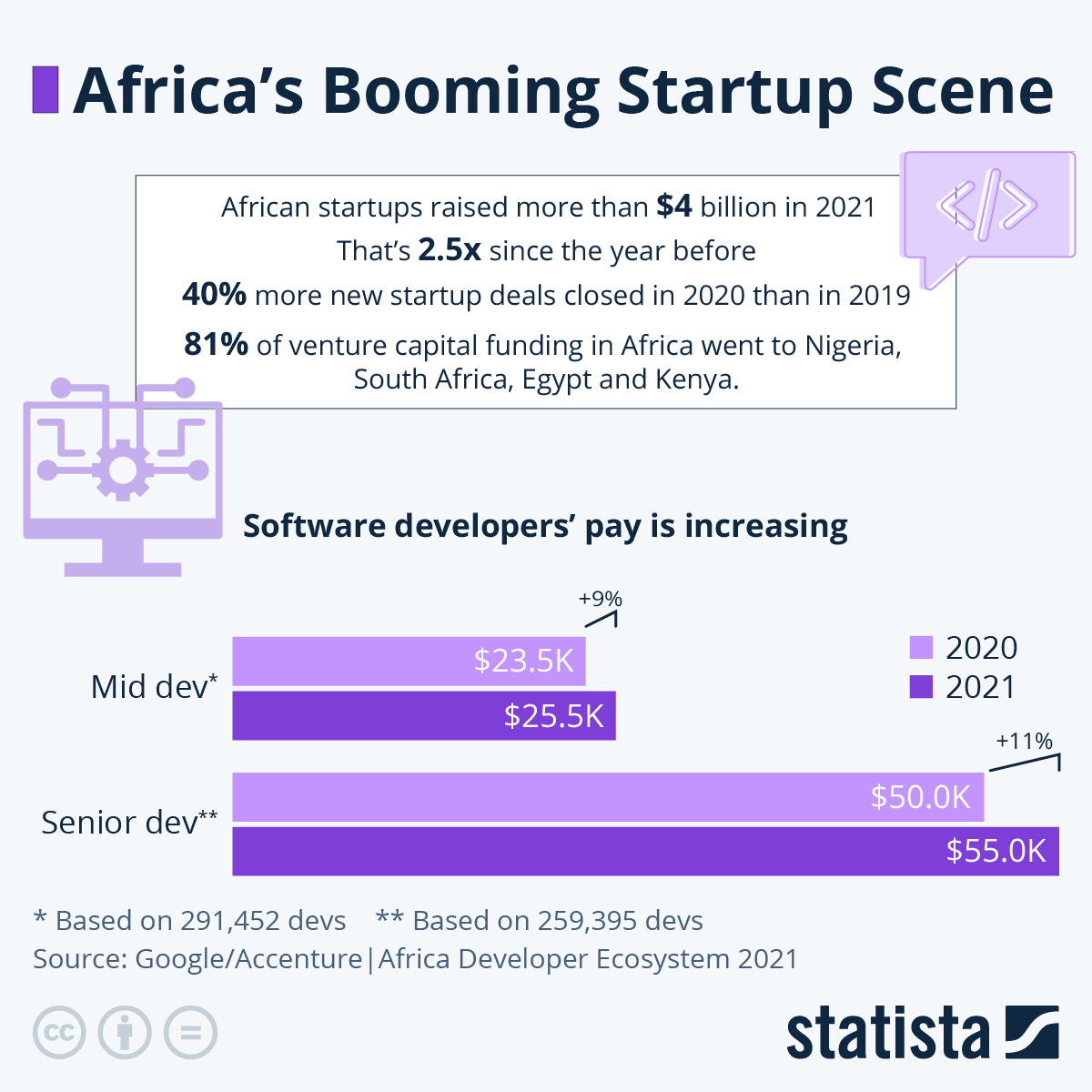 Statista's Anna Fleck reports that African startups raised more than $4.3 billion in 2021 from local and international investors. That’s two and a half times the year before.

This growth is unequally distributed across the continent, with the four countries with the most software developers raising the most. In fact, 81 percent of venture capital funding in Africa went to Nigeria, South Africa, Egypt and Kenya.

Tech jobs are looking increasingly appealing, as pay increased by nine percent for a mid-level developer and by eleven percent for senior developers.