Back To School? A Billion Students Still Hit By Closures

Back to school season is just around the corner and, as Statista's Niall McCarthy reports, that's the number of learners who still aren't able to attend class (as of early August) due to the pandemic. 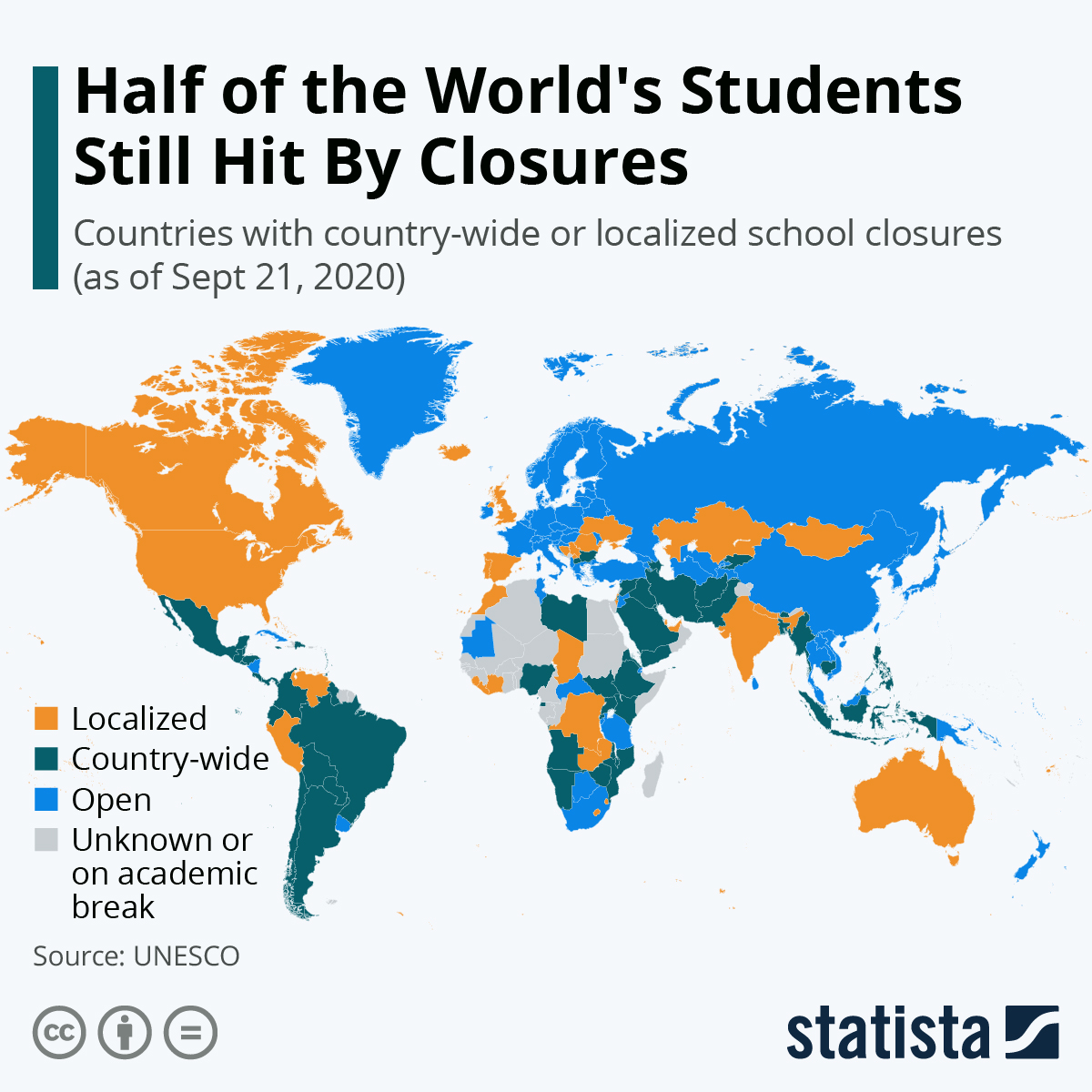 According to UNESCO, that figure represents 60.5 percent of all learners worldwide though it is an improvement on the 1.4 billion students kept out of school in mid March.

At that point, there were national school closures in 138 countries and that has now fallen to 105.