First celebrated in 2008, International Beer Day is commemorated annually on the first Friday of August. According to its organizers, it is “a global celebration of beer, taking place in pubs, breweries, and backyards all over the world. It’s a day for beer lovers everywhere to raise a toast to our brewers and bartenders and rejoice in the greatness of beer!”

And as beer lovers around the world toast to the seemingly endless variety of their favorite drink, Statista's Felix Richter zooms out to show how much of the world’s beer production is actually controlled by just a few brewing conglomerates.

Over the past two decades, companies such as Anheuser Busch InBev, Heineken or Carlsberg have consolidated hundreds of beer brands under their roofs, creating an illusion of choice for consumers around the world. 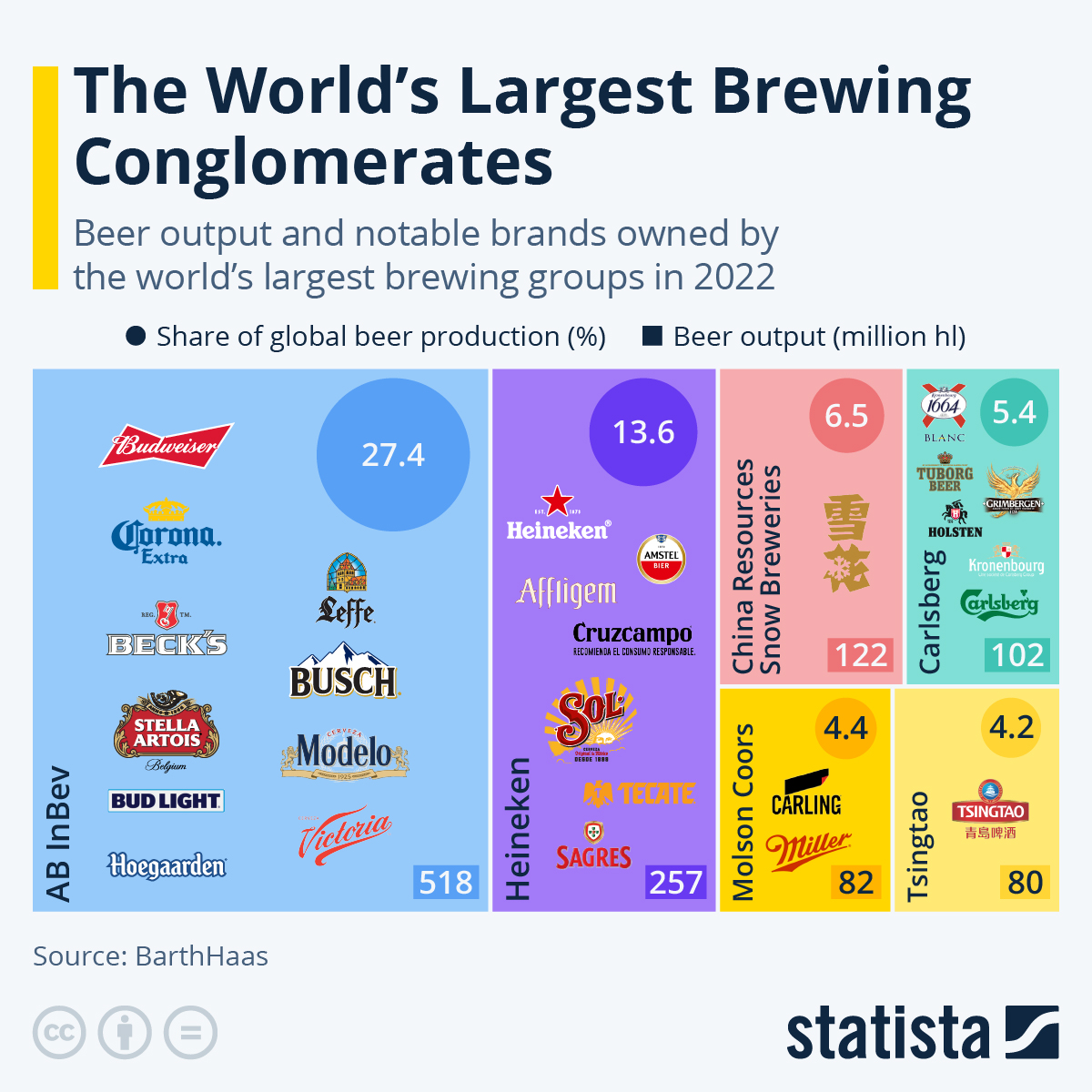 Take the five most valuable beer brands according to Brand Finance for example, four of which belong to AB InBev, which owns world-famous brands such as Budweiser, Beck’s, Stella Artois, Leffe, Modelo and Corona. And while the company was foreced to sell the U.S. business of the latter two to Constellation Brands due to antitrust concerns in relation to its acquisition of Grupo Modelo, it still goes to show what a wide variety of international brands the world’s largest brewing group owns.

You could easily go to a bar, try five different beers from five different countries, nay continents, without realizing that AB InBev was your exclusive beer provider for the evening. And while we have seen a boom in independent craft breweries over the past few years, their output is still dwarfed by the aforementioned global players. According to the Brewers Association, America’s 8,764 operating craft breweries produced 23 million barrels (around 27 million hectoliters) of beer in 2020. AB InBev alone produced nearly seventeen times that according to official company figures tracked by hops specialist BarthHaas.