Following yesterday's revelation that the CCP - apparently worried about the economic backlash from its latest round of lockdowns (which had affected more than 50M people at the peak) - was moving to scale back COVID restrictions that had impacted manufacturing and shipping, the SCMP reported Friday that China’s southern tech hub of Shenzhen had lifted restrictions in five districts, saying the COVID outbreak is now mostly under control, as President Xi and the CCP pledged to take steps to support businesses in areas that are still under lockdown.

Shenzhen is the largest (and economically the most consequential) of the Chinese cities under lockdown. 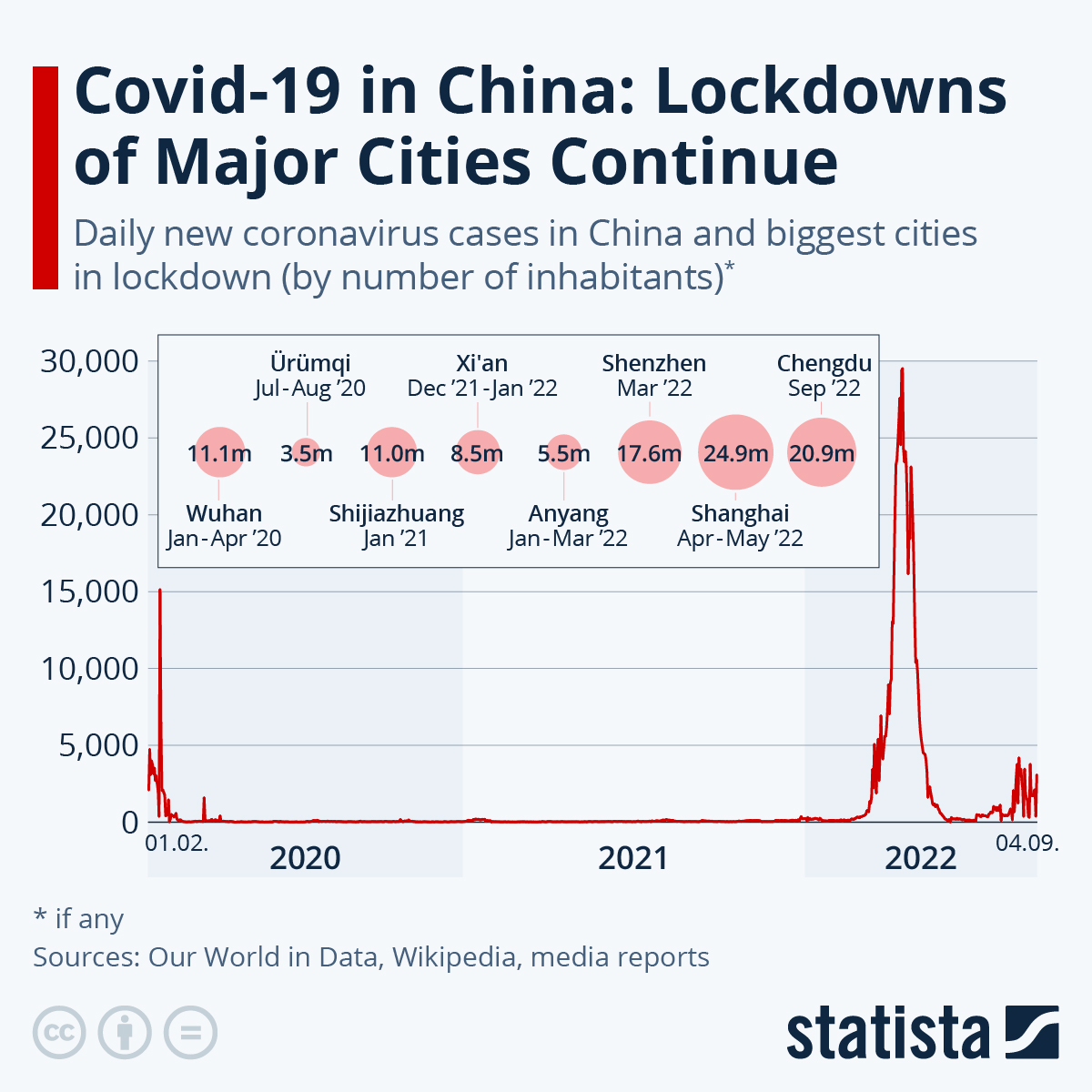 Shenzhen reported 69 symptomatic cases and 36 asymptomatic cases on Thursday. The cases were mainly found among people in quarantine and places under restrictions. Nationwide, China logged more than 4,100 local infections for the day, which is higher than levels from a week ago, but lower than the two-year peak of 5,000+ cases recorded earlier this week.

The SCMP quoted one female worker at an office in one of Shenzhen's industrial districts said that she had been allowed to return to the office, and that restrictions on movement in the area had been lifted.

A resident of Guangming, Shenzhen’s northwestern industrial district, said life and work is back to normal since she has been able to return to her office after working from home for four days. She noted that she still has to scan a QR code to enter her office building and participate in mass testing.

Of course, apart from firms offering essential public services - and those ensuring daily supplies are delivered to Shenzhen and neighboring Hong Kong - all other companies will need to follow the work-from-home policy or suspend operations.

Meanwhile, Bloomberg reports that, despite the order to ease the lockdown measures, queues of trucks have started to form at container terminals in Shenzhen as the lockdown measures continue to hamper the transportation of goods. Shipping line Hapag-Lloyd issued a customer advisory Thursday. The slowdown potentially impacted 13 container vessels at the port of Yantian, which were potentially affected by factory shutdowns and reduced availability of truck drivers as of Wednesday.