Future Chinese IPOs in the U.S. could be coming to an end, as early as this month, as Beijing seeks to crack down on variable interest entities, a loophole used by technology companies to raise billions of dollars in capital from overseas investors, according to Bloomberg, citing multiple undisclosed sources.

For two decades, Chinese companies have used variable interest entities (VIE) to exploit a loophole and set up a legal business structure in which an investor has a controlling interest despite not having a majority of voting rights. This allowed them to raise money from overseas investors and list it on foreign exchanges. We noted in early September that Beijing would soon close the loophole.

The prospect of banning VIEs is part of a yearlong campaign to curb the power and address data security concerns of China's internet sector. Beijing has called the rise of big tech a "reckless" expansion of private capital. 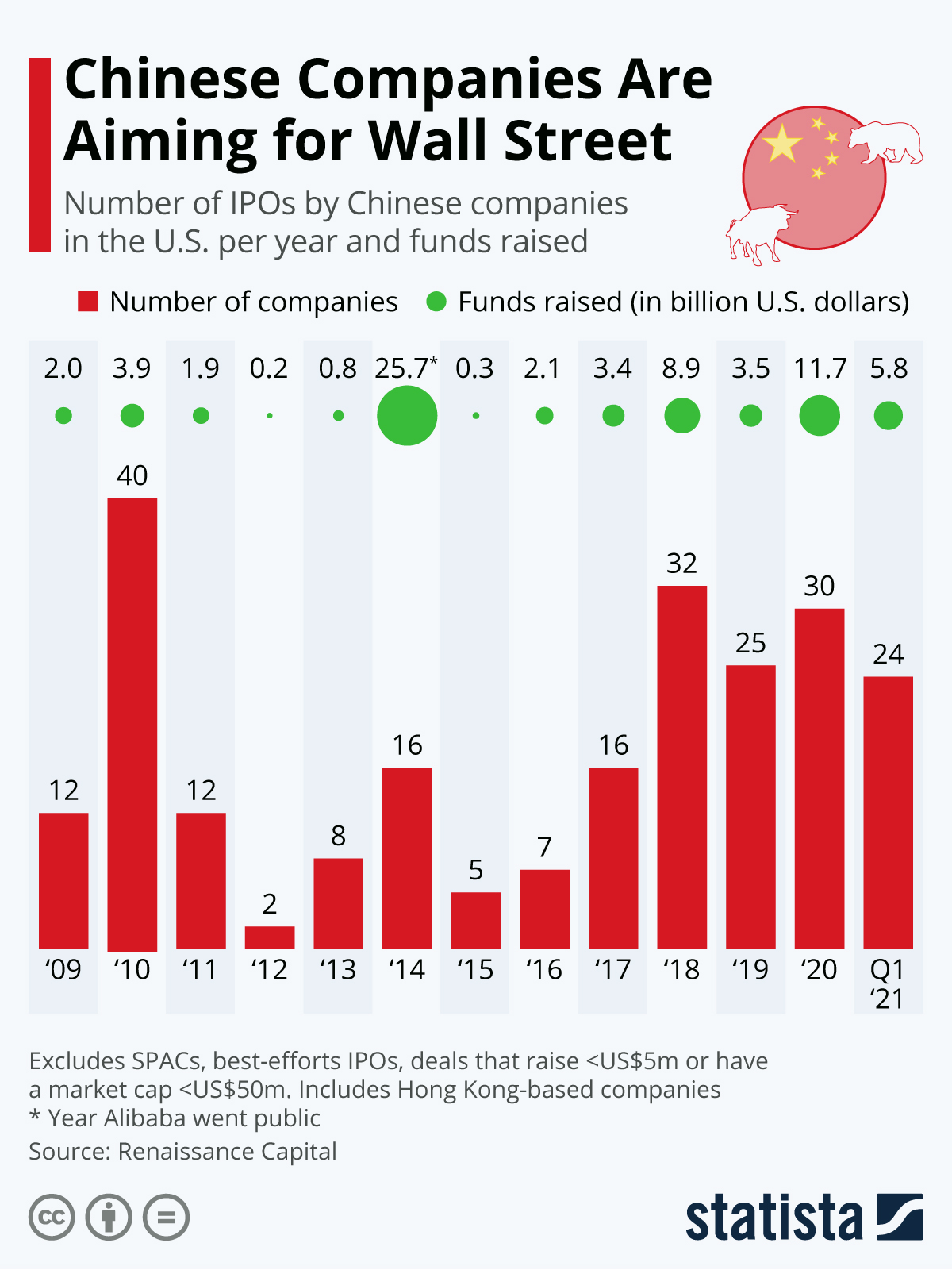 Sources said new rules surrounding VIEs could be finalized by the end of December. Companies already using the VIE structure with hopes of listing abroad have been told by regulators to abandon deals. There is good news, and not all VIEs will be lost, people familiar with the matter said. VIEs would be subjected to intense scrutiny by Chinese regulators, and if approved, companies would be able to list in Hong Kong.

For companies listed abroad and already using VIEs - they might be forced to adjust their ownership structures. "It's unclear if that would mean a revamp of shareholders or, more drastically, a delisting of the most sensitive firms -- moves that could revive fears of a decoupling between China and the U.S. in areas like technology," Bloomberg said.

The prospects of the overhaul follow Beijing's most significant crackdown on an overseas U.S. listing in July of Didi Global Inc. The company raced to go public in New York despite Chinese regulators saying otherwise.

In addition to companies wanting to use VIEs to list in Hong Kong, Chinese regulators will also subject them to a cybersecurity review.

... and like any story that is leaked. Beijing has come out and denied the Bloomberg report. China Securities Regulatory Commission said banning VIEs is not true but gave little details in a statement on its website.

After two decades of Western investors buying shares of Chinese companies in VIE structures, this loophole appears to be coming to an end. It remains to be seen what regulators will do for companies already listed with VIE structures in the U.S. The worst-case scenario could be a delisting as what regulators have threatened DiDi.