The European Commission has released its Spring 2020 Economic Forecast which shows that COVID-19 is wreaking havoc on Europe's economy.

The collective GDP of the EU-27 was expected to grow 1.2 percent this year but it is now forecast contract 7.4 percent due to the pandemic. By contrast, Statista's Niall McCarthy notes that the Financial Crisis "only" led to a contraction of 4.5 percent for the EU-28 back in 2009.

The current crisis has now pushed the EU into the deepest recession since its foundation with unemployment rates set to rise drastically. Last year, unemployment across the bloc was 6.7 percent and it is now forecast to grow to 9 percent this year. 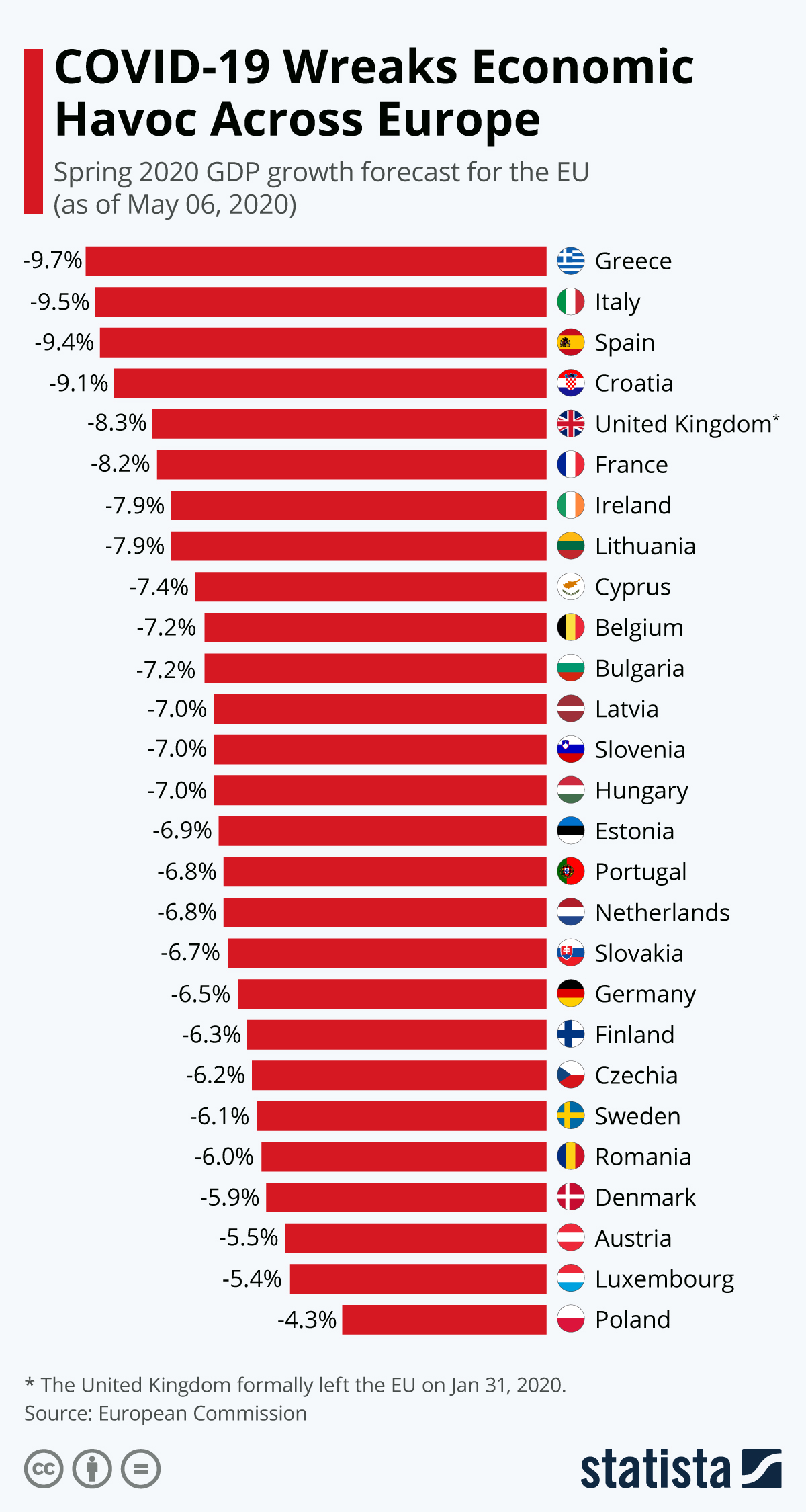 The data shows that no EU member state is going to emerge from the COVID-19 crisis unscathed with countries in southern Europe set to be worst impacted. Even though Greece has made progress since the Financial Crisis and has earned plaudits for limiting the spread of the coronavirus, it is expected to suffer the worst decline in GDP our of all EU member states at 9.7 percent. Italy and Spain who have both been badly impacted by the pandemic are also expected to suffer GDP contractions greater than 9 percent this year.

Even though Germany has suffered a far lower death toll than many of its neighbors and is slowly easing its lockdown, Europe's economic powerhouse is still predicted to see its GDP shrink by 6.5 percent this year. While the situation remains serious in some parts of Europe, particularly the UK, there is light at the end of the tunnel.

After 7 weeks of strict confinement, Italians finally emerged from their homes at the start of the week while Germany's schools and restaurants are set to open over the next couple of days. Even though the situation is improving, most EU leaders are remaining cautious due to the possibility of a second wave of infections. The European Commission has stated that fundamental uncertainty surrounds the forecast and that the danger of a deeper and more protracted recession is very real.