Authored by Lily Zhou via The Epoch Times,

Almost a fifth of adults in Britain were likely to have experienced depression in June, double the amount before the pandemic, according to the Office for National Statistics (ONS).

In a newly released report, the ONS compared the proportion of the British population with depressive symptoms before and during the CCP (Chinese Communist Party) virus pandemic.

Among the 3,527 participating adults, 19.2 percent showed moderate to severe depressive symptoms during the pandemic, almost double the number before the pandemic (9.7 percent). 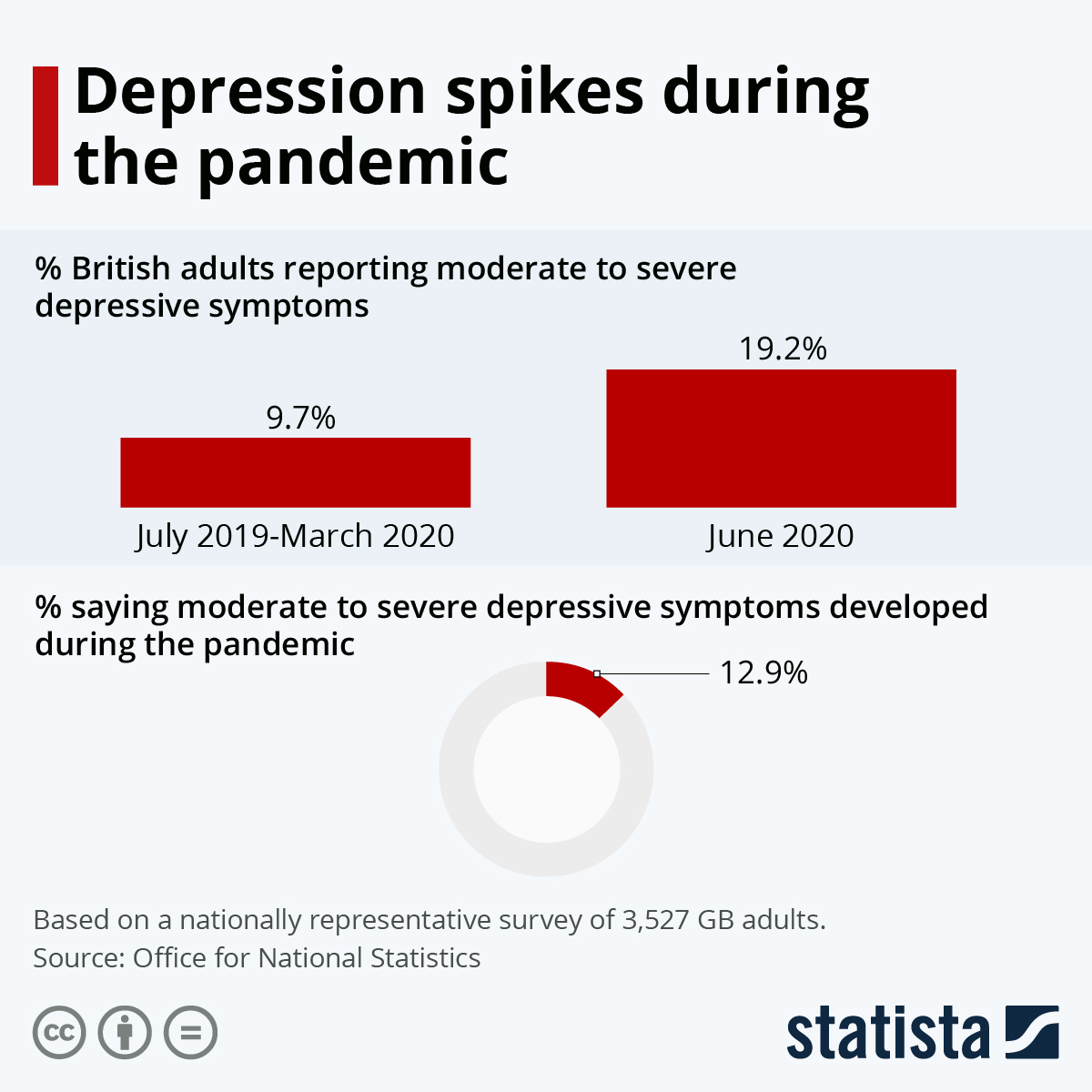 Another 12.9 percent who had no or mild symptoms before the pandemic developed moderate to severe symptoms during it.

People under 40 were more likely to experience some form of depression during the pandemic than the older population.

Women, disabled, and poorer people, were also more likely to experience depressive symptoms during the pandemic.

Almost 1 in 6 (84.9 percent) identified stress and anxiety as the symptoms they were experiencing.

Adults experiencing depression are more likely to have their relationships affected during the pandemic.

Maudsley Hospital Director of Pharmacy and Pathology David Taylor told The Pharmaceutical Journal that the lack of human contact, which mental health “depends upon,” is one of the things that can cause anxiety and depression.

“Humans are social animals whose mental health depends upon frequent interaction with others and with the outside world,” he said.

Taylor suggested people experiencing these symptoms to go outdoors and interact with other people, as well as getting professional help when necessary.

The ONS’s report is based on the Opinions and Lifestyle Survey that usually surveys 2,010 individuals every month for 8 months of the year. Participants are asked to fill in an eight-item questionnaire.

Those who took part in the survey between July 2019 to March 2020 were asked to repeat it during June.

Tim Vizard, principal research officer for the ONS, said the comparison of the same group before and after the pandemic provided “a unique insight into how their symptoms of depression have changed over time.”

The Lancet in July published a similar study using different survey data. The study also found an increase of mental stress during the pandemic.