At the end of March, scientists at London's Imperial College published a report showing that lockdowns across Europe had averted 59,000 deaths. That was still a desperate time for many countries across the continent with Italy's Civil Protection Agency reporting 837 fatalities on March 31 alone.

Things have now improved drastically in Italy where the curve has been flattened and there were 53 deaths on June 07, and as Statista's Niall McCarthy notes, The Imperial College has now published fresh data up to May 04 which shows that government intervention saved an estimated 3.1 million people in 11 different European countries.

They are Austria, Belgium, Denmark, France, Germany, Italy, Norway, Spain, Sweden, Switzerland and the United Kingdom who had a collective total of 128,928 deaths as of May 04. 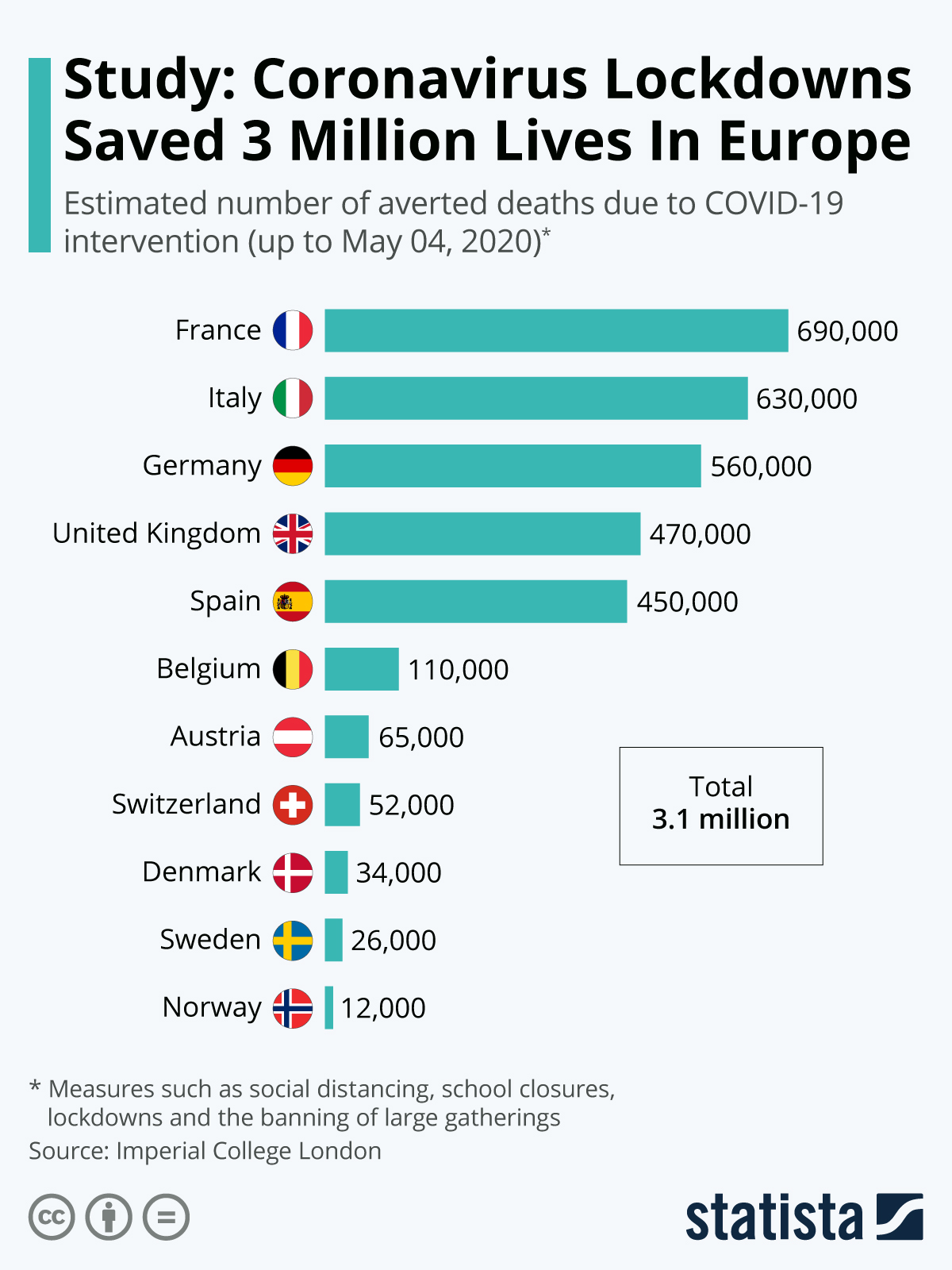 The study - whose accuracy has been questioned widely - used a novel Bayesian mechanistic model of the infection cycle to observed deaths in order to estimate the number of deaths that would have occurred if no action was taken.

Despite the positive findings, the study cautioned that only 3-4 percent of Europe's population have contracted COVID-19, meaning herd immunity is still a distant prospect while the emergence of a second wave is a distinct possibility.