400 years ago, in August 1619, the first ship with enslaved Africans destined for the United States arrived in what was then the colony of Virginia. But, as Statista's Katharina Buchholz notes, the cruel history of the trans-Atlantic slave trade begins much earlier.

In fact, many enslaved people lived in the English colonies in North America before that date. They came to the present-day U.S. via Spanish and Portuguese colonies, where enslaved Africans arrived as early as 1514, or were transferred as bounty from Spanish or Portuguese ships.

The United States are heavily associated with slavery and the capture and forceful relocation of Africans. Around 300,000 disembarked in the U.S. directly, while many more arrived via the inter-American slave trade from the Caribbean or Latin America. It is estimated that almost 4.5 million enslaved Africans arrived in the Caribbean and another 3.2 million in present-day Brazil.

Around 40 percent of Africans uprooted in slavery are believed to have come from Angola in Southern Africa, with another 30 percent who came from the Bay of Benin in West Africa. 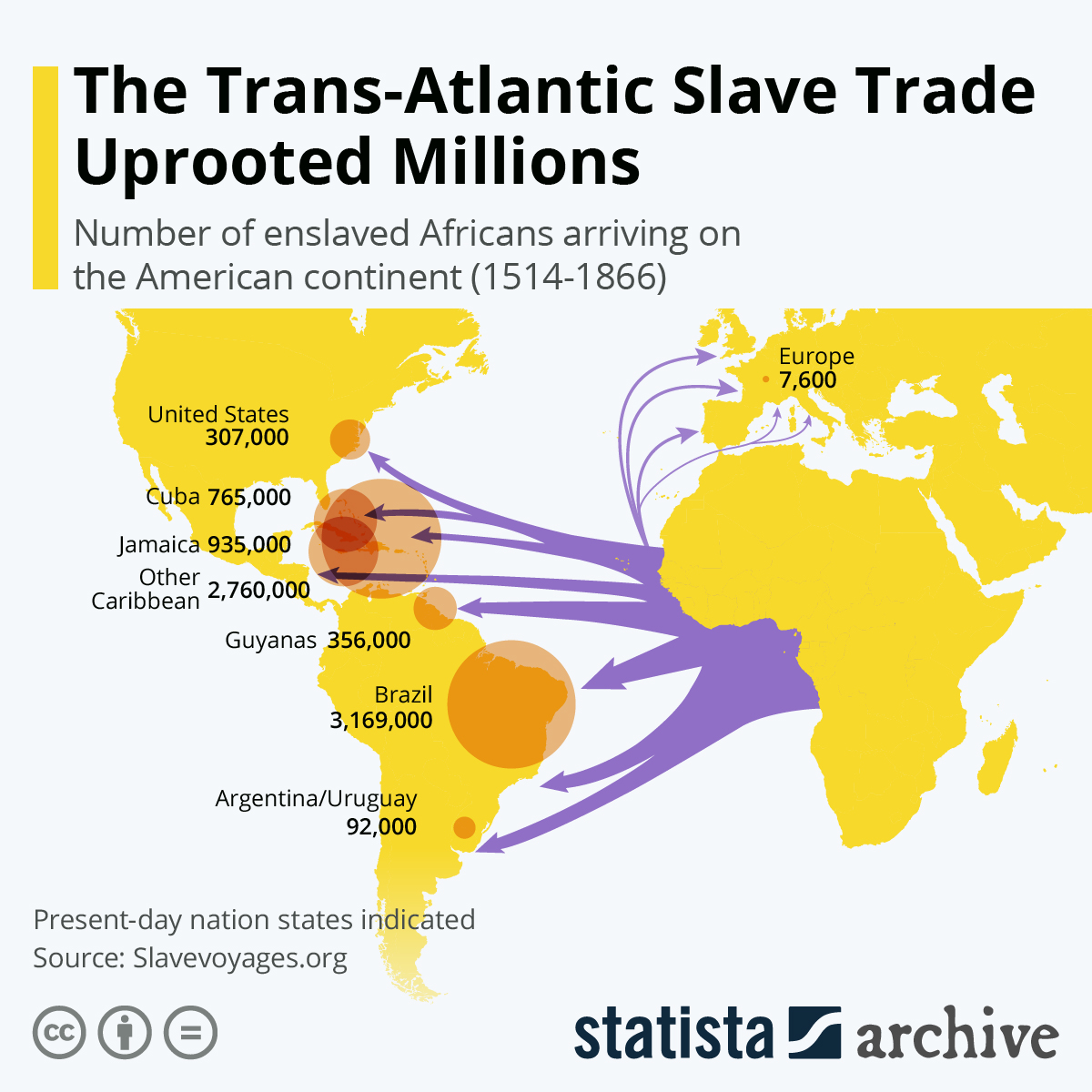 The numbers taken from database project SlaveVoyages.org indicate the number of Africans disembarking. Many more died on the way because of lack of food and water and horrid conditions aboard the slave ships. Others were uprooted in the trans-Saharan, the red sea and the Indian slave trade, which partly predated the trans-Atlantic slave trade

It is estimated that close to 20 million people were forced to leave the African continent enslaved. By 1800, this had decimated the African population to half the size it would have been had slavery not occurred.