More than six million people have returned home in Ukraine despite the war raging on, according to the latest figures by the International Organization for Migration (IMO).

As Statista's Anna Fleck shows in the chart below, there’s been a steady increase of people making the journey since IMO records began on April 17, whether from abroad or from other parts of the country.

Of the latest round of surveys, 57 percent of returnees were female, 25 percent infants or children under 17 and around 16 percent were people aged 60 and older. 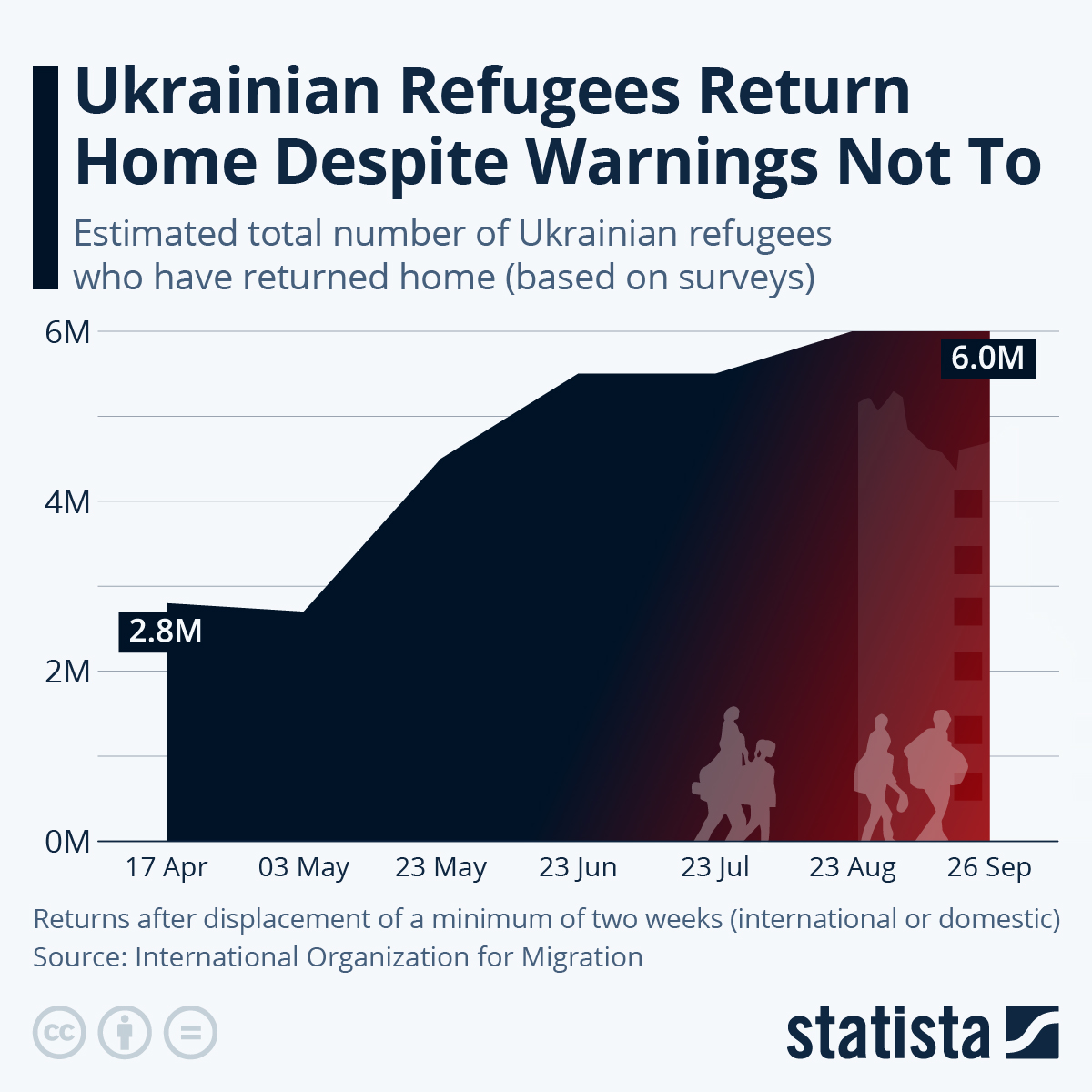 Ukrainian officials have asked citizens not to return home this winter after Russian missiles and drone strikes destroyed up to 40 percent of Ukraine’s power stations. Blackouts have already hit multiple cities and with temperatures known to drop to sub-zero temperatures, heating has become a major concern for the coming months.

“I wanted to ask people not to return. We need to survive the winter. But (if people come back) the electrical grid might fail", Iryna Vereshchuk, a deputy prime minister, said in a broadcast interview on Ukrainian national television on Tuesday. “To return now is to risk yourself and your children, your vulnerable relatives."