Out of the 13 world leaders included in a release by Morning Consult, only four can currently claim positive net approval ratings - meaning that more people in their country approve of them than disapprove. 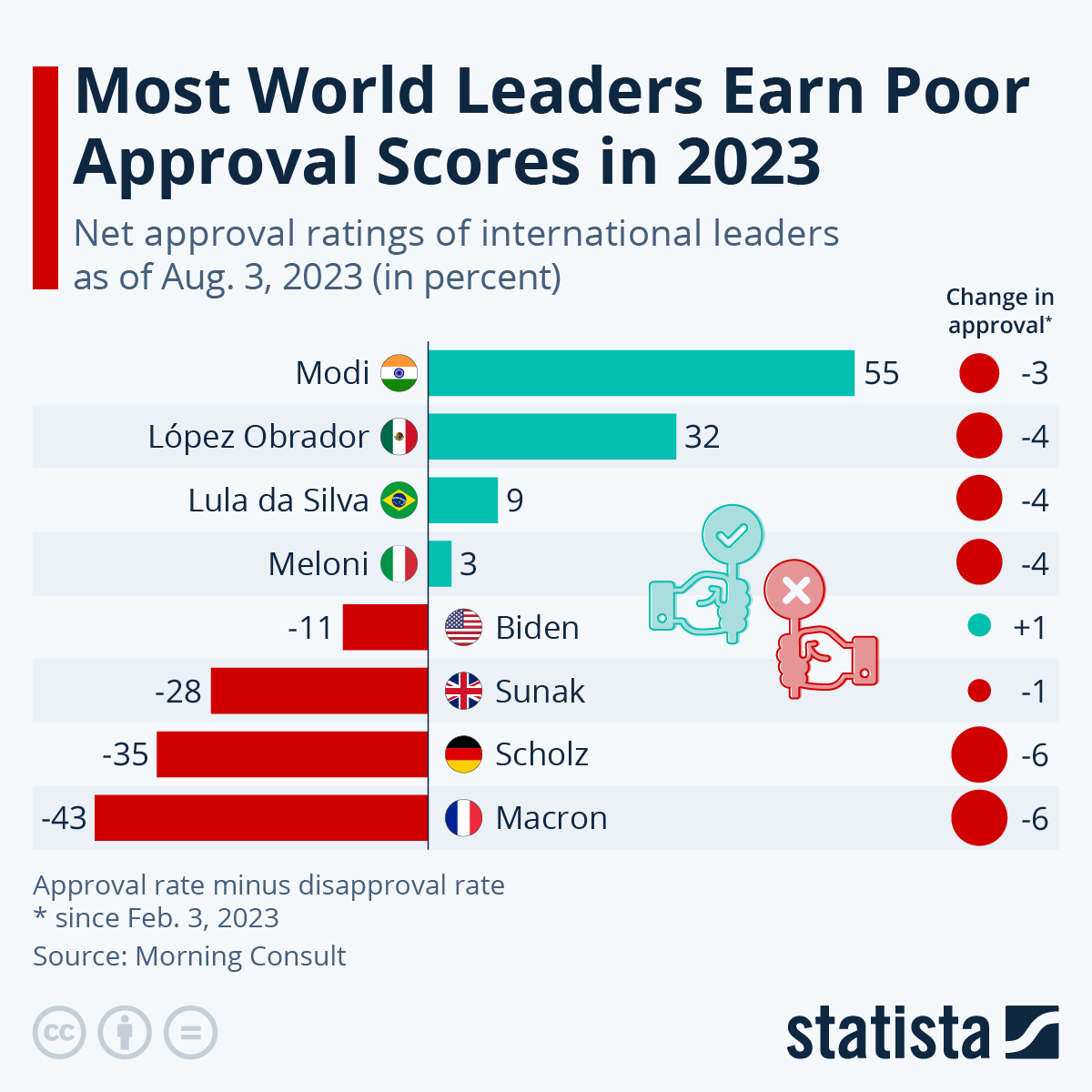 As the COVID-19 crisis is dragging on, Statista's Katharina Buchholz points out that world leaders approval ratings have mostly decreased or stagnated at low levels in 2021. While the most popular leaders saw their approval rise in the past six months, sinking ratings turned net approval negative for U.S. President Joe Biden, Canadian Prime Minister Justin Trudeau and UK Prime Minister Boris Johnson.

The situation was even worse for French President Emmanuel Macron and his South Korean counterpart Moon Jae-in. Despite rising approval in the past six months, their scores were still among the worst in the ranking.