Many researchers and experts around the world are in agreement that a safe, effective and cheap COVID-19 vaccine is still months away. Still, that isn’t stopping politicians from pressuring vaccine makers, misinformation from spreading across social media and the digital realm, and Kamala Harris casting doubt on any vaccine under Trump.

In fact, as Statista's Willem Roper points out, new data shows how the public is growing more skeptical of a potential vaccine, and how that skepticism is being amplified within Black communities in the country.

According to a joint survey from the Kaiser Family Foundation and The Undefeated, 49 percent of Black respondents said they either probably won’t or definitely won’t get a COVID-19 vaccine even if it was deemed safe by scientists and provided for free. That’s a large discrepancy when compared to Hispanic and white respondents, with 37 percent and 33 percent, respectively, saying they probably or definitely won’t take the vaccine. 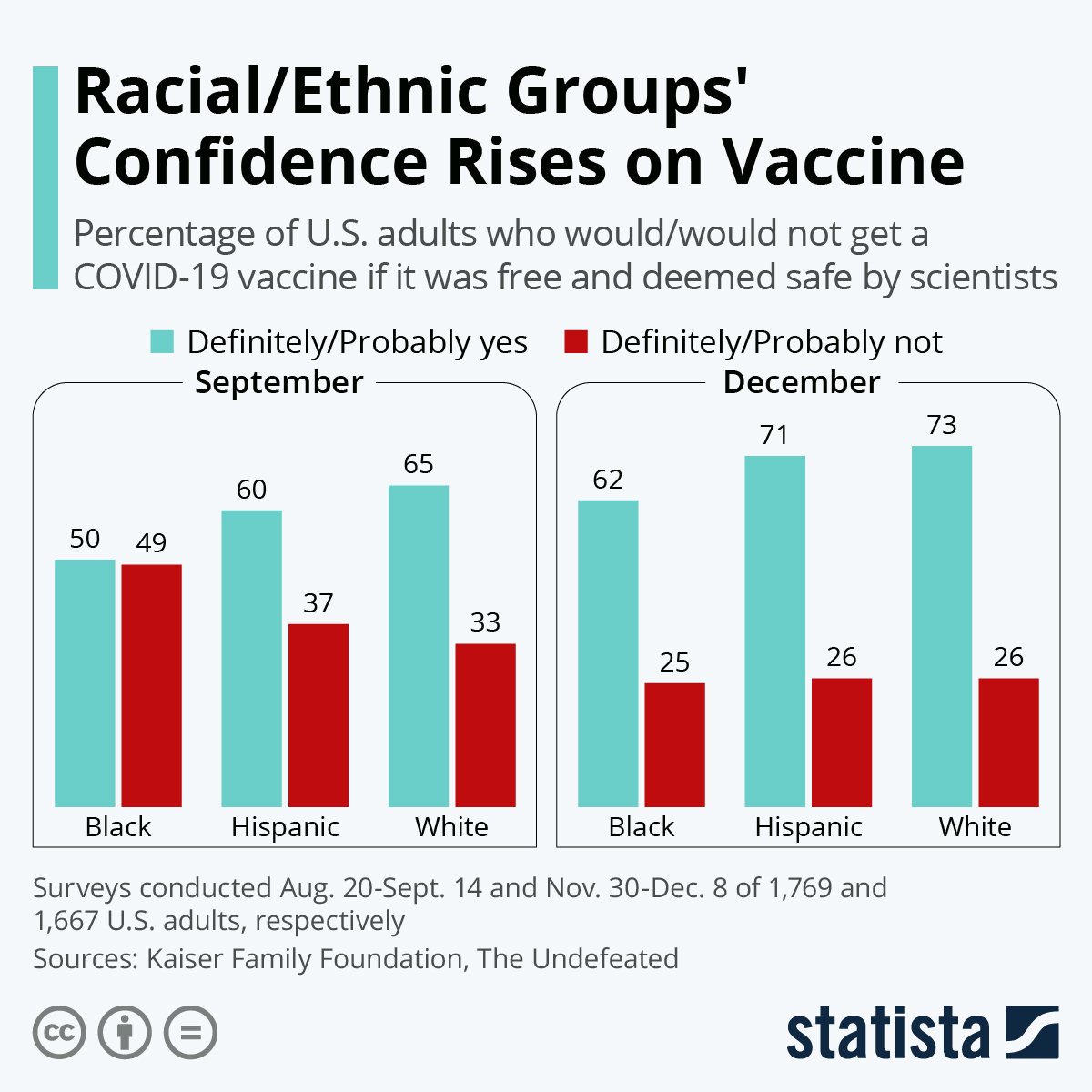 The survey and writers with The Undefeated focus on Black American’s distrust with the current health care system, as well as with politicians in charge of informing people on vaccine plans. The survey goes on to show how 46 percent of Black parents say the pandemic has had a major impact on the ability to afford basic necessities, with a third of Black parents saying the pandemic has had a major negative impact on the ability to care for their children.