Black children in the U.S. as well as those between the ages of 16 and 17 were about 50 percent more likely to become the victim of a homicide in 2020 than just two years earlier.

In a study published yesterday in the scientific journal Jama Pediatrics, researchers affiliated with the Centers for Disease Control and Prevention, the U.S. Department of Defense and Georgia State University analyzed data both from the CDC as well as the National Violent Death Reporting System.

Statista's Katharina Buchholz notes that other groups of children for whom the chance of becoming a homicide victim rose were boys and 11- to 15-year-olds. The rates of homicides in Hispanic children and those between the ages of 6 and 10 also increased, albeit somewhat slower. Generally, black and brown children as well as older children were most at risk of homicide according to the findings. Rates were also up among children in the Southern United States and those living in rural and urban areas.

According to the New York Times, the prevalence of child homicide was much higher in the U.S. than in other developed countries. 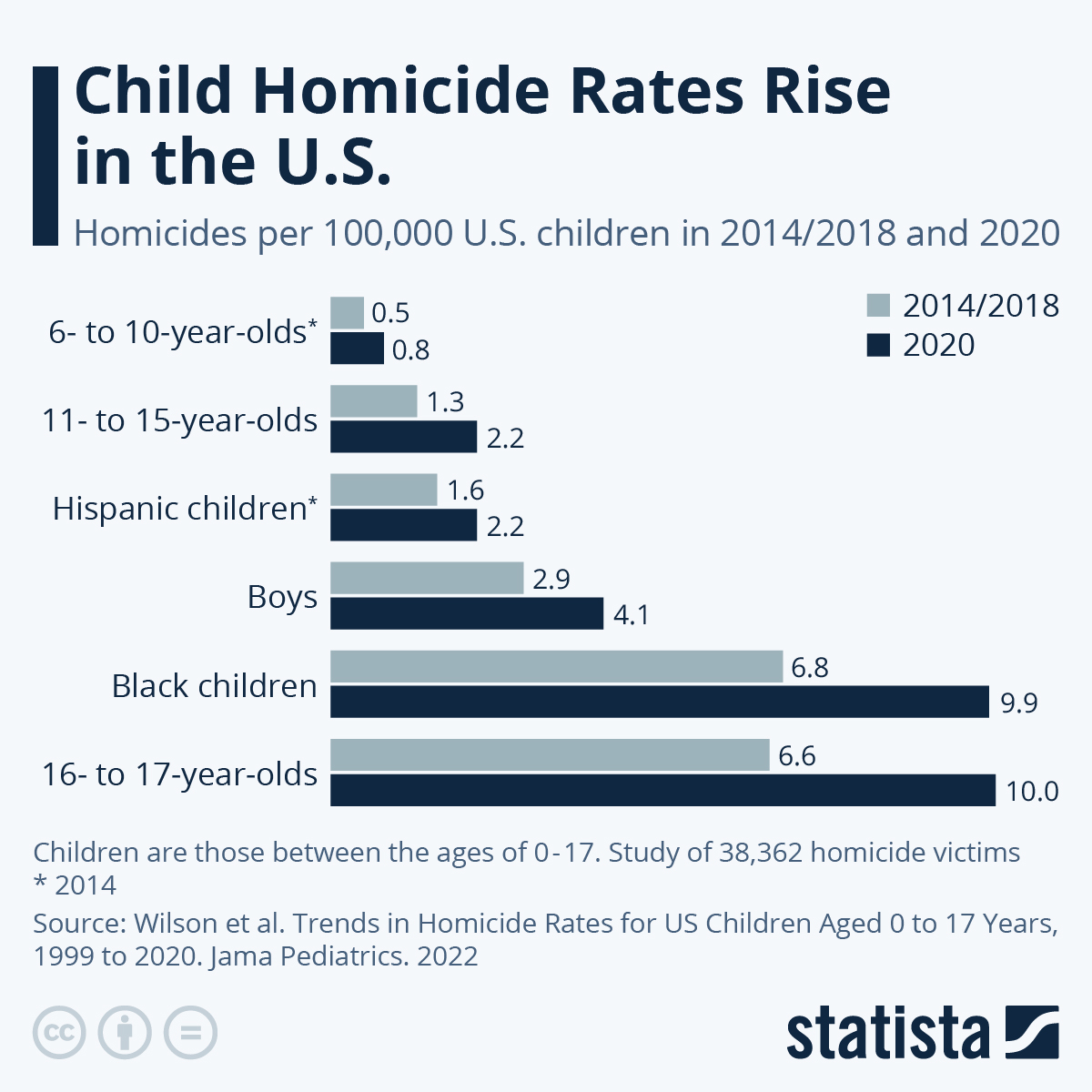 The authors of the paper said that geographic and racial differences in child homicide rates needed to be addressed and called for tailored approaches according to age group, as younger children are most often killed by caregivers while older ones are more likely to fall victim to homicides in connection to criminal activity or arguments outside of their homes.

While around 80 percent of homicides in the U.S. are gun deaths, this number stood at 50 percent for children most recently as especially younger children were more likely to die by physical assault.

According to the study, homicides rates had declined for girls, children under the age of 6, white children, Asian/Pacific Islander children and children in the Northeastern United States.