Rosalinda González Valencia, the wife of the drug kingpin in charge of the Jalisco New Generation Cartel, Nemesio Oseguera Cervantes, was arrested by the Mexican military near Guadalajara this Tuesday.

According to the country's ministry of defense cited by Reuters, this is seen as "a significant blow to the financial structure of organized crime in the state of Jalisco".

The infamous cartel is seen as second only to the Sinaloa organization in terms of influence and volume of drugs trafficked, dealing mostly in cocaine and amphetamines. Its trade of the former is not limited to continental operations but, as Statista's Florian Zandt notes, is also carried out in Europe via allied gangs in South America.

As Statista's chart indicates, the trafficking of the illegal stimulant is primarily a problem of Central Europe. 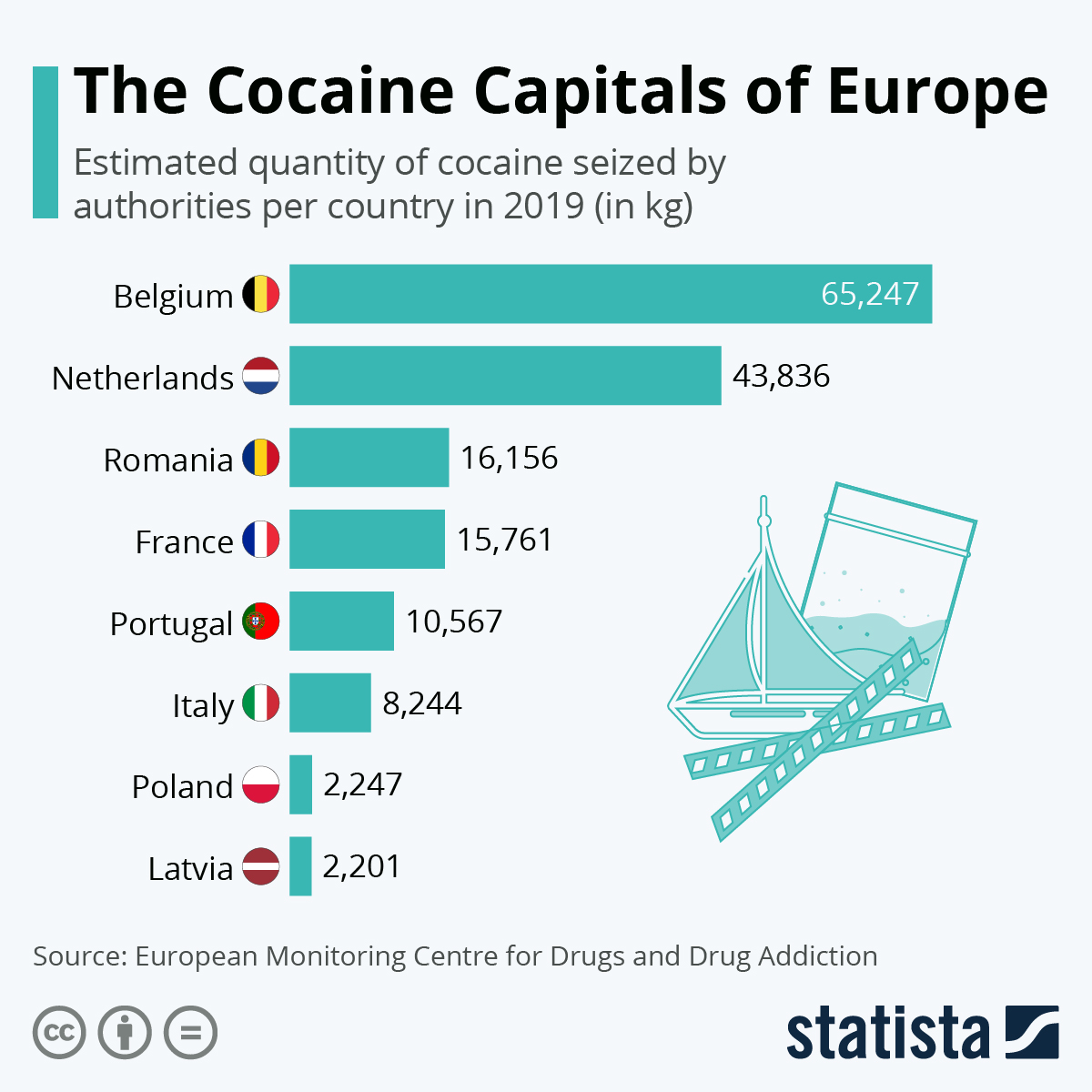 In Belgium alone, authorities confiscated about 65 tons of cocaine in 2019 according to data by the European Monitoring Centre for Drugs and Drug Addiction (EMCDDA), followed by the Netherlands with 43 tons.

This, of course, doesn't mean that the drug is primarily consumed in these countries, rather than the nations mentioned serve as its biggest trading centers.

Still, the Netherlands and Belgium appear in the top 8 of the countries with the highest prevalence of problem drug use in 2019, placing second and eighth, respectively, encompassing injecting drug use or regular use of opioids, cocaine or amphetamines.

While the EMCDDA categorizes cocaine as the second-most prevalent illicit drug concerning recent and lifetime usage in its latest European Drug Report, it's still only consumed by a fraction of the people surveyed by participating countries: 4.8 percent of survey participants said they have tried the drug at least once, 1.2 percent claimed they recently consumed cocaine.