Record amounts of cocaine were seized in Europe in 2020, according to new data from the European Monitoring Centre for Drugs and Drug Addiction (EMCDDA).

As Statista's Anna Fleck shows in the chart below, the number of cocaine busts has risen steadily over the past ten years, reaching 214.59 tonnes in 2020, which is a 6 percent increase from the year before. 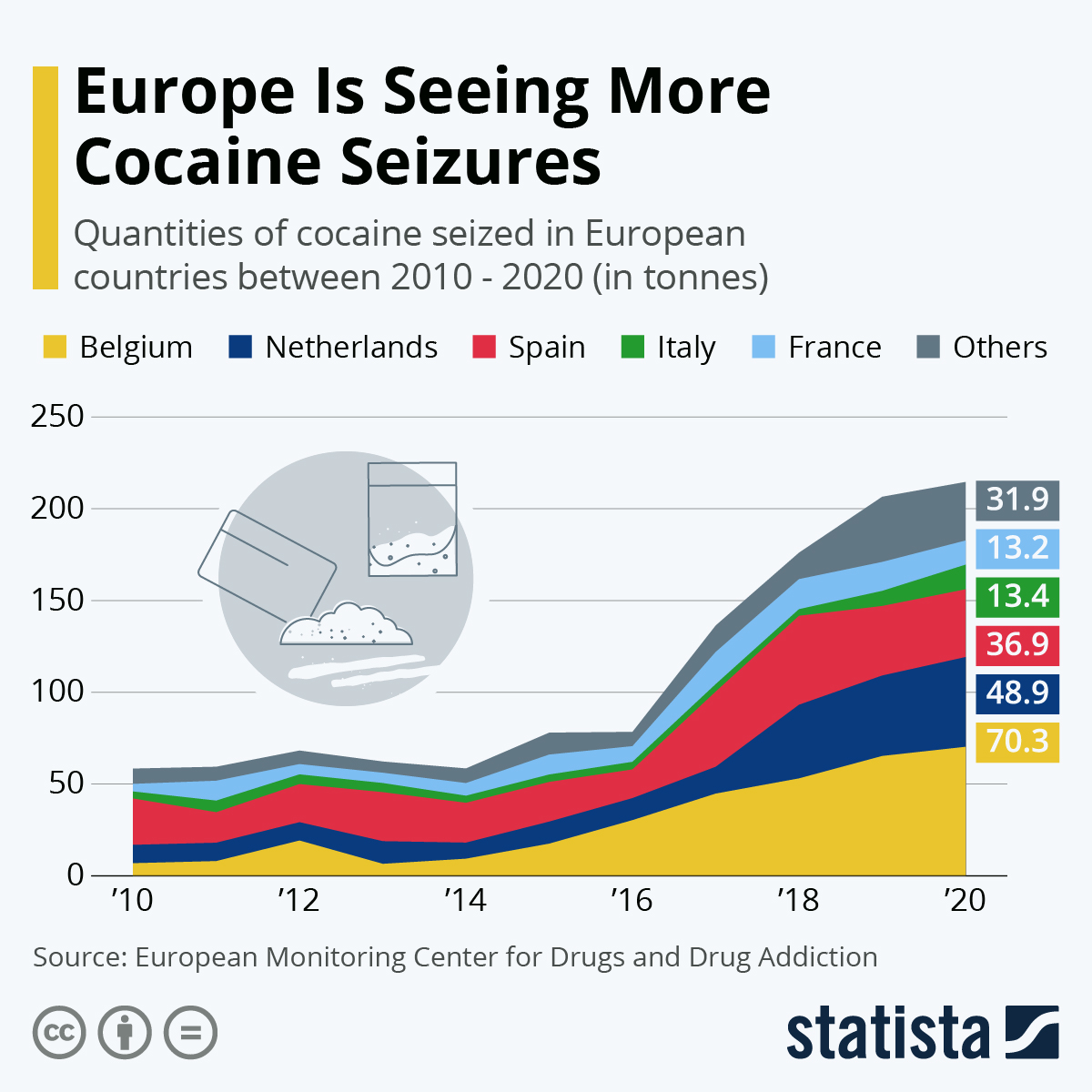 Belgium saw the greatest amount of cocaine seized in 2020 of the reported countries, with 70.25 tonnes being brought in. The Netherlands came next in line, with 48.89 tonnes being obtained, ahead of Spain with 36.9 tonnes.

These three countries - each showing their highest seizures on record - accounted for 73 percent of the year’s European total.

According to the EMCDDA, new records were also set in Greece (1.8 tonnes), Bulgaria (1 tonne), Poland (3.9 tonnes) and Turkey (2 tonnes). The official website explains that Eastern European countries are not traditionally associated with cocaine trafficking or consumption.

This indicates that “entry points of cocaine shipments are diversifying and that cocaine consumer markets are developing in eastern Europe including Turkey”, according to the report.

The rising trend looks set to continue, as the data available for 2021 from several countries shows that even greater amounts of cocaine were seized in the EU than the year before, with Belgium seeing nearly 92 tonnes seized, almost exclusively in the port of Antwerp.