In use since 2013, the term 'fatberg' has become an increasingly heard term that describes a large solid mass found in a sewer which is made up of non-biodegradable solid matter and grease or cooking fat.

As Statista's Martin Armstrong details below, the main culprit usually blamed is the flushing away of wet wipes. When these get caught up on something in the pipes, other substances begin to cling to them and, over time, can grow into huge, drain clogging beasts.

So far, the title of most monstrous fatberg likely belongs to one discovered under Birchall Street in Liverpool in 2019. 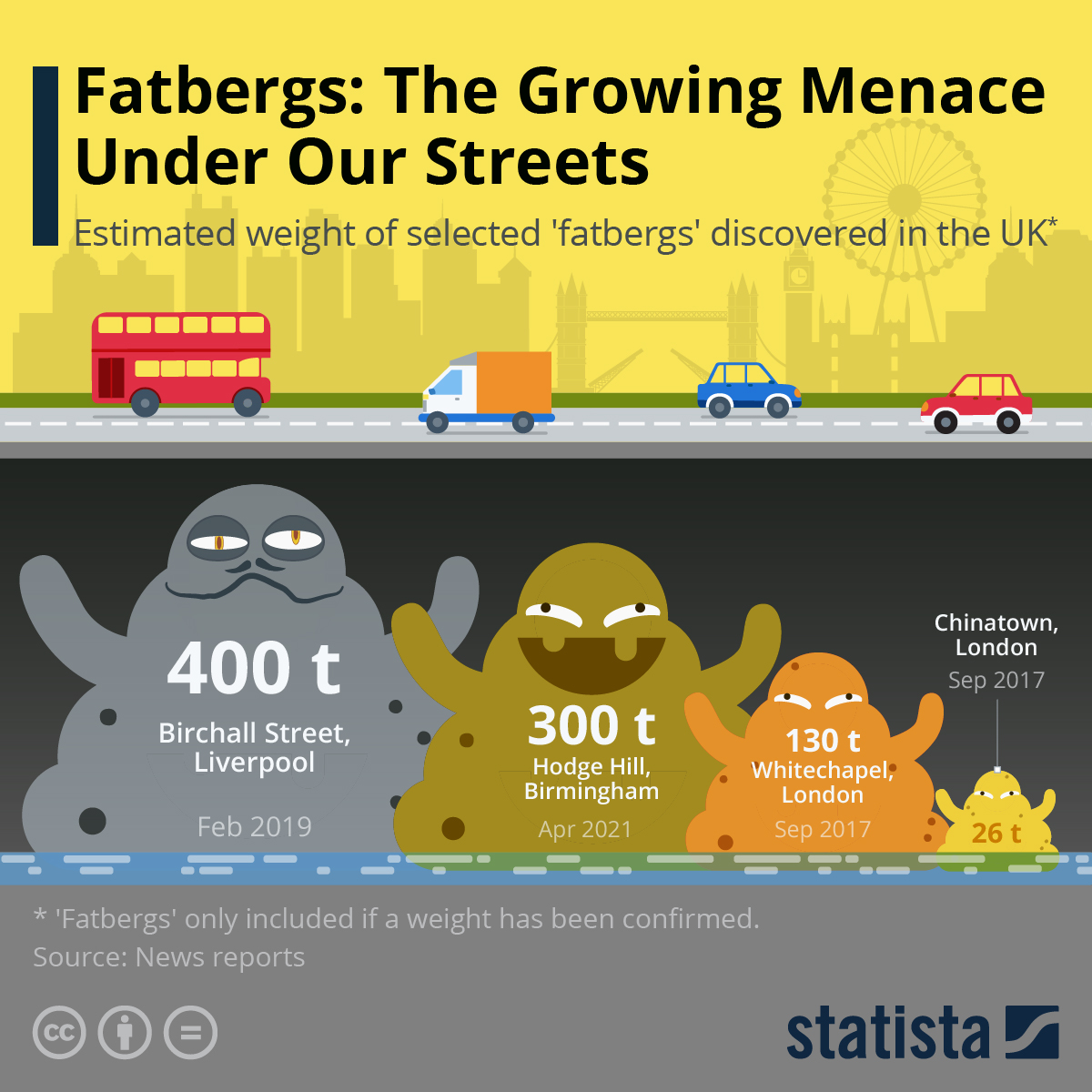 Described by United Utilities as a "giant 400 tonne terror", it covered a 250m stretch of sewer.

According to the water supply company, there are 25,000 sewer blockages in the North West of England every year, with the chief cause "the increasing volume of fat and other items such as wet wipes".

Removing these unwanted biomasses is far from easy, either.

The fatberg discovered in Whitechapel, London in 2017 weighed around 130 tonnes and required a nine week "battle" to be removed.