Statistics spanning back to before the Second World War received a new record low in 2020. In England and Wales the female fertility rate fell to 1.58. That's 0.5 less than the previous low of 2001 and 1.5 less than the wartime fall to 1.73 in 1941. Additionally, as Statista's Martin Armstrong notes, the latest live birth figures also represent the fifth consecutive year of decreases. 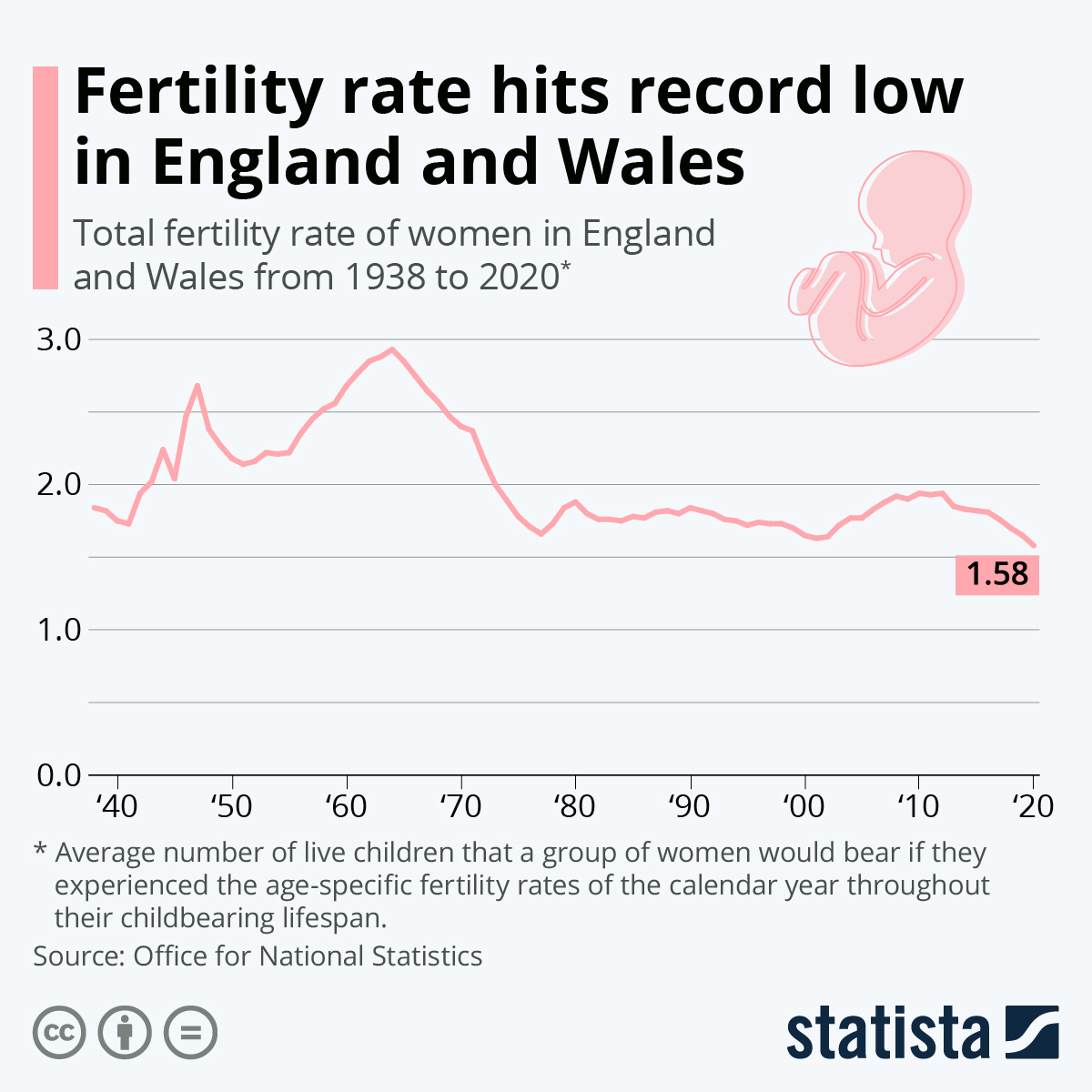 According to the ONS, potential reasons for the recent decreases could be improved access to contraception, the reduction in mortality rates of children aged under 5 years (resulting in women having fewer babies), lower levels of fertility, or difficulties conceiving because of postponement in childbearing.

As it stands, and in fact since 1973, the fertility rate in England and Wales has been below 'replacement level'. As described by the source, "replacement fertility is the level of fertility required for the population to replace itself in size in the long term. In the UK, women would need to have, on average, 2.08 children to ensure long-term "natural" replacement of the population."