There has been an alarming decrease in the average sperm count of Western men over the last few decades. 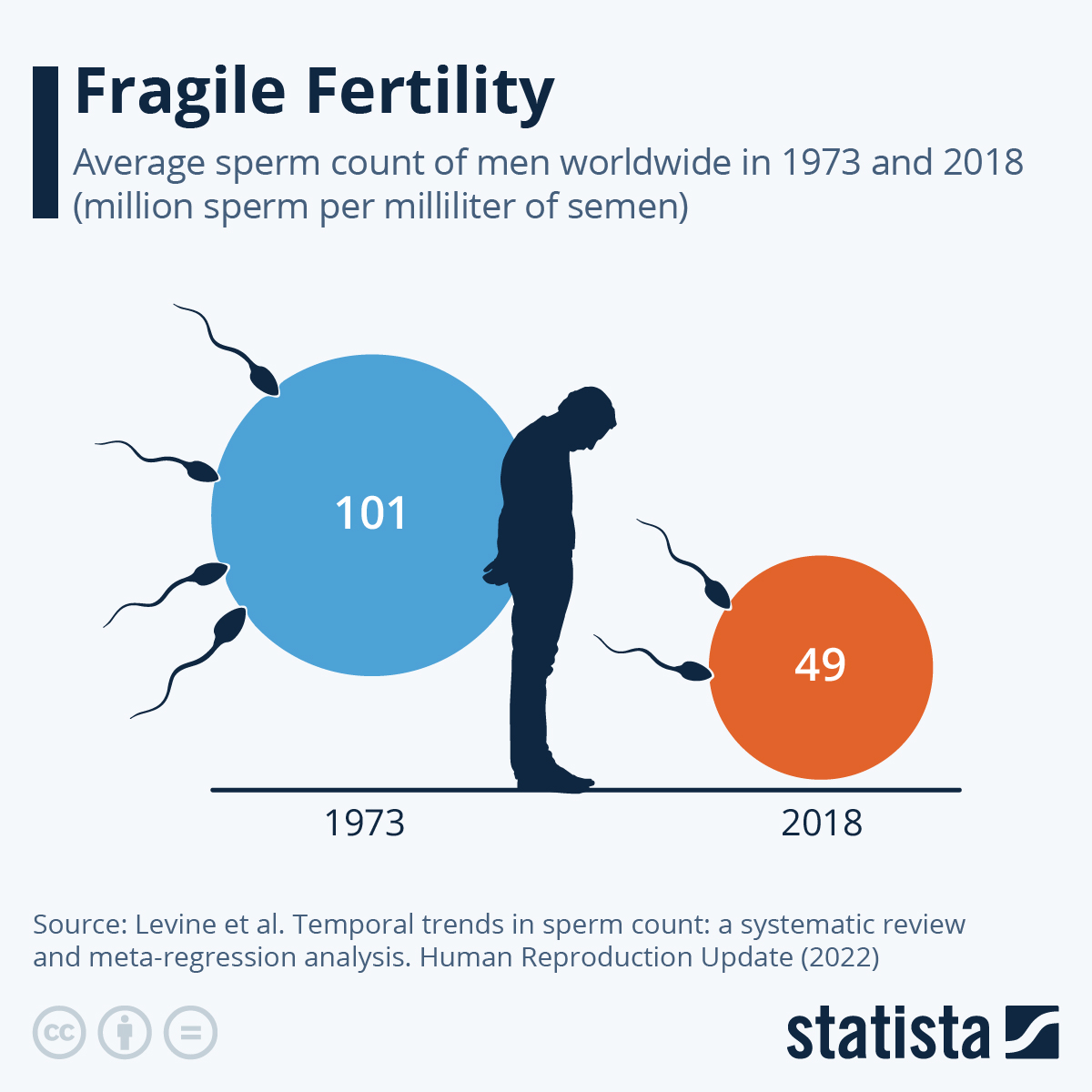 Commenting on the decline, lead author of the study, Hagai Levine, said "the results are quite shocking...this is a classic under the radar huge public health problem that is really neglected".

Going further, Levine warned that "eventually we may have a problem and with reproduction in general. It may be the extinction of the human species." As noted in the research paper, the economic and societal burden of male infertility is high and increasing. The researchers advise that "because of the significant public health implications of these results, research on the causes of this continuing decline is urgently needed."

Fertility research has in the past been criticised for not taking into account the potentially biased sampling methods of earlier studies, citing also the variable of changing laboratory methods. The researchers in this case though say that such issues have been taken into account - only considering samples where the same count method was used, were of an acceptable size and did not include men known to have fertility problems.