Amphetamines were the most frequently seized stimulant drug across Europe in 2020, according to the European Monitoring Centre for Drugs and Drug Addiction (EMCDDA).

As Statista's Anna Fleck shows in the chart below, the drug group was the most commonly seized drug across the nordics and in the east of Europe, aside from Hungary and Romania where MDMA was the most frequently seized drug. 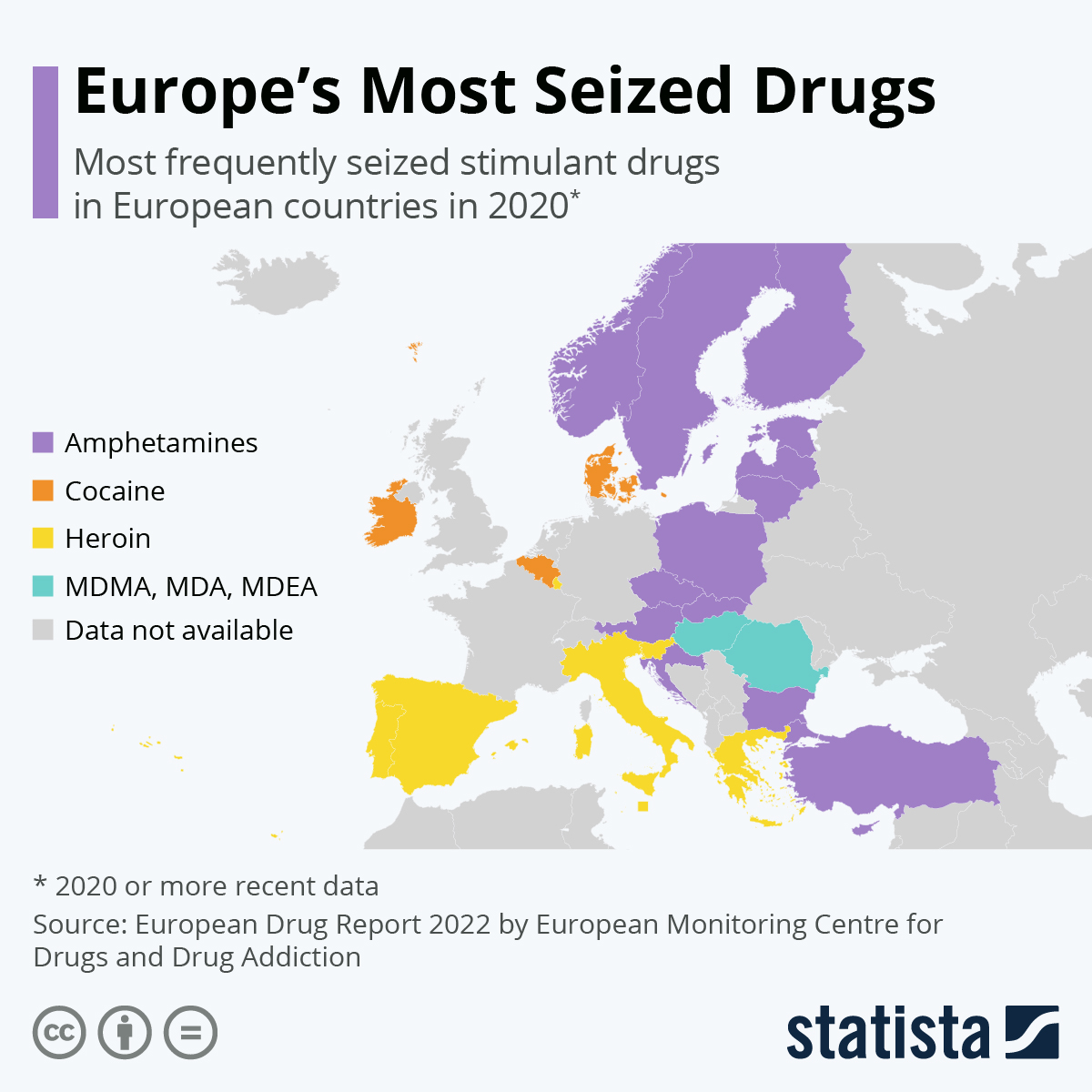 Heroin was the most commonly seized drug across southern Europe, more specifically in Portugal, Spain, Italy and Greece.

Meanwhile, cocaine was the most frequently seized drug in Ireland, Denmark, and Belgium. With 5,354 reports in Belgium in 2020, it is the country with the most frequent number of cocaine busts of all analyzed countries, and also had the most cocaine seized in terms of actual quantity, with 70,254kg being taken in.

The EMCDDA collected data for Norway and Turkey as well as the EU countries. According to their data, Turkey saw particularly high numbers of drug seizures. Amphetamines were the most commonly seized drug there in 2020, with 36,015 successful operations taking place that year. The country also saw Europe’s highest number of heroin seizures that year, at 15,049 as well as 5,259 MDMA seizures.