Suicide is one of the leading causes of death in jails in the United States, with a rate more than three times higher to that of the general public, according to the latest available data from the U.S. Bureau of Justice Statistics (BJS).

As Statista's Anna Fleck shows in the chart below, there is also a disparity between jails and federal or state prisons. 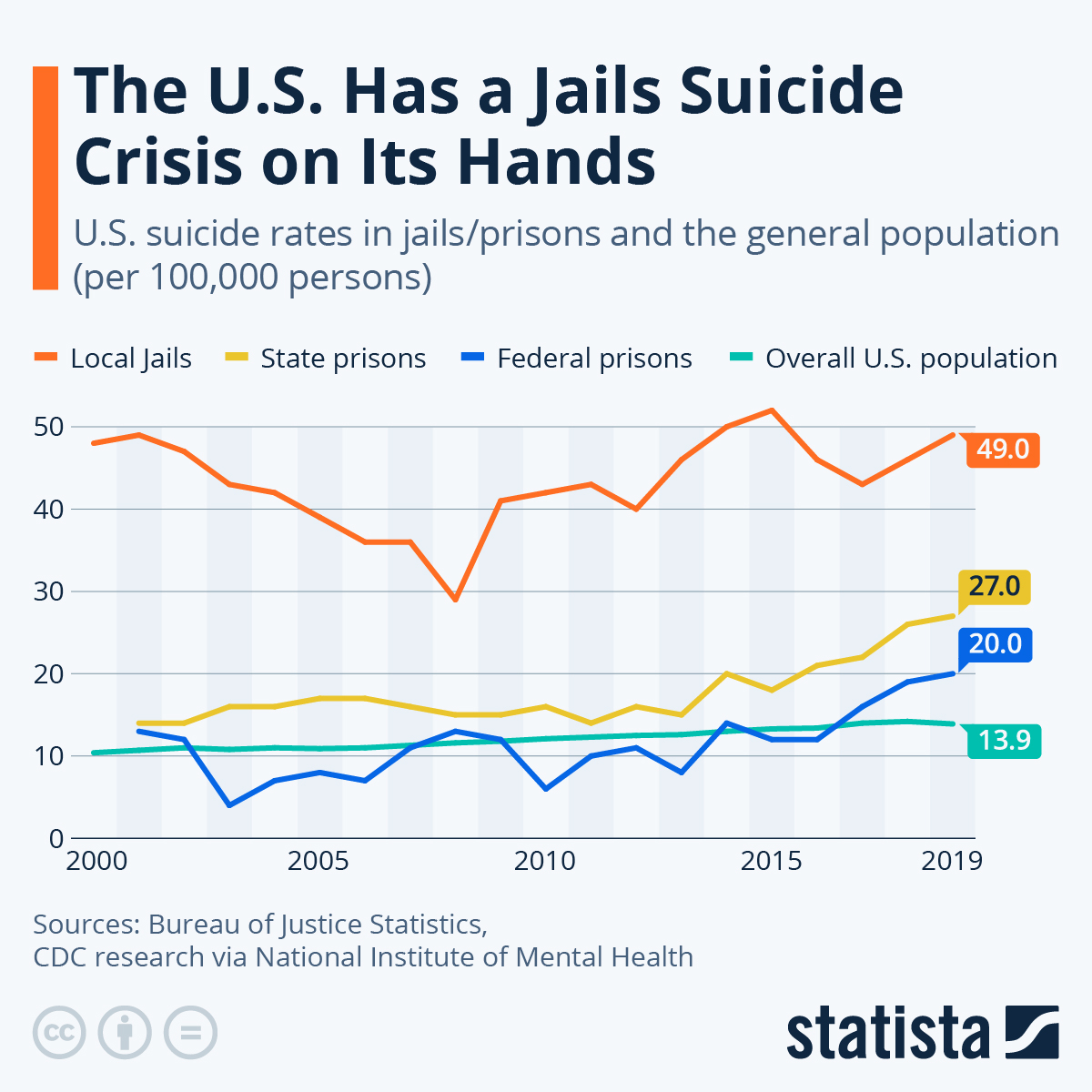 The gap in suicide rates comes down to a number of reasons.

In a state prison, officials have more detailed information when trying to assess inmates for suicide risks and there is greater focus on educational programmes. By comparison, jails are considered to have worse conditions, uncertainty over pending sentences, and according to reporting in NPR, are more likely to receive first-time offenders who might experience a traumatic “shock of confinement”, as they are suddenly cut off from social support.

Leah Wang of The Prison Policy Initiative writes that the increase of suicides in jails can also be mapped onto the rising number of women being incarcerated, often in rural, smaller jails. She adds that mental health issues and drug or alcohol disorders are significantly more likely among this group, although often not identified at the time, and that jails' policies do not reflect the needs of women. Wang writes: “Jails are shameful replacements for key social and medical services, and too often low-level offenses are used to justify locking people up, out of sight, when they simply need help.”

As Statista's chart shows, the suicide gap goes back at least two decades - when BJS reports on the topic first began - and is getting worse. And where federal and state prisons have had historically lower suicide rates than jails, their rates have been climbing in recent years too.

Delays with data reporting mean we do not yet have the numbers on jail and prison suicides from 2020 to 2022. These will likely be impacted by the pandemic, whether through fears of the virus itself, the trauma of losing loved ones and fellow inmates, limited visiting times or with staffing shortages making it hard to monitor inmates.