According to the International Diabetes Federation, 463 million people between the ages of 20 and 79 suffered from diabetes worldwide in 2019. As Statista's Katharina Buchholz notes, this represents 9.3% of the world population in this age group.

The total number of adults with the disease is projected to increase to 700.1 million (10.9% of the global population) by 2045. 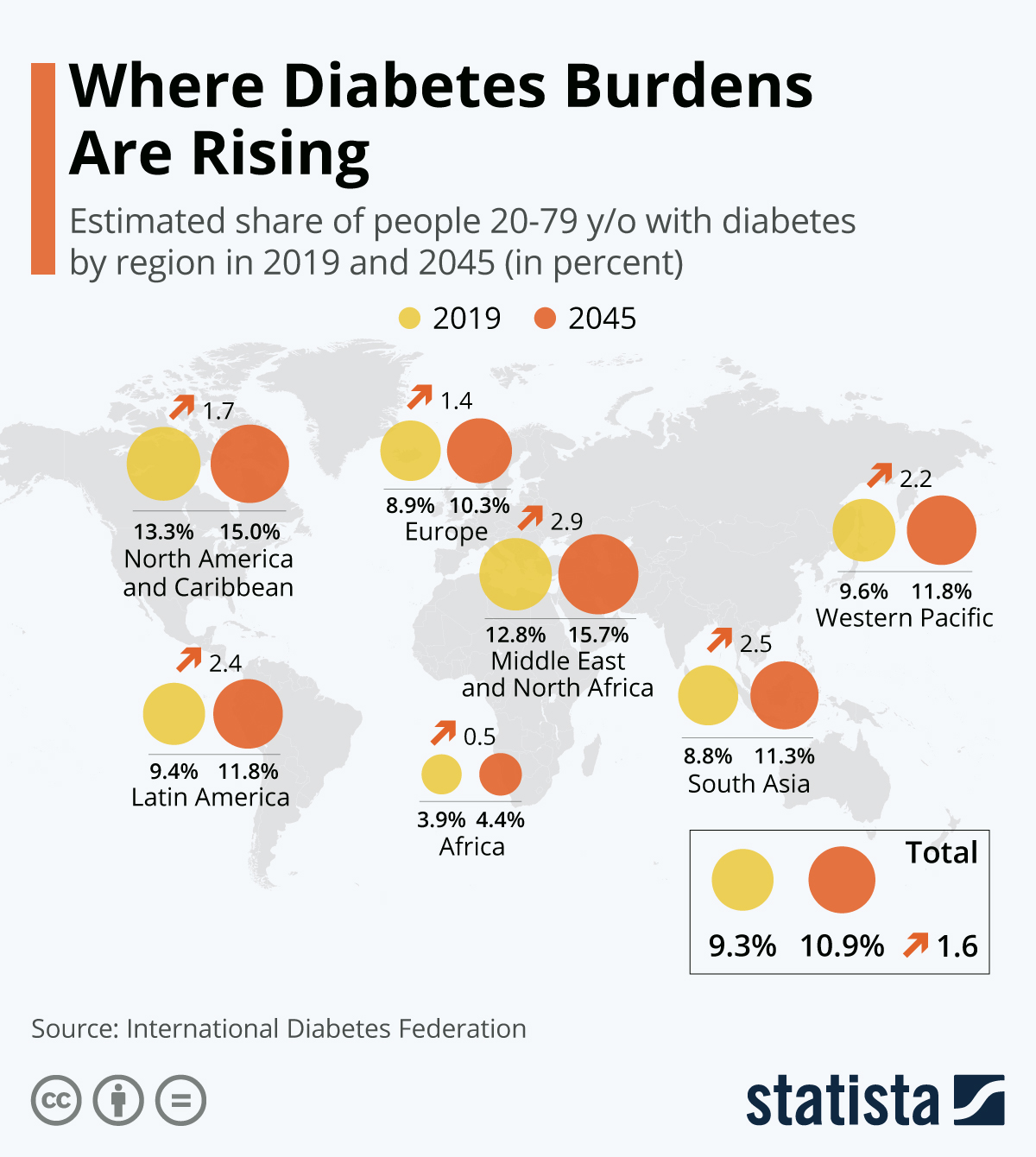 The regions with the highest shares of adults suffering from the disease are North America and the Middle East. South Asia – where diabetes cases are growing at one of the fastest rates – is set to nearly catch up with Western Asian and Latin America by 2045.

The International Diabetes Federation suspects that the number of newly diagnosed diabetes cases has actually been falling in some developed countries and that past and future increases in the share of people with diabetes can be attributed to people with the condition living longer lives.

In developing countries, however, more people could still be getting the disease because of the lifestyle changes typically associated with economic progress, like diets high in sugar and fat as well as more time spent with sedentary activities.

As type 2 diabetes is much more prevalent around the world than type 1 diabetes, changes in diabetes prevalence and incidence can be almost entirely chalk up to the second type. The federation also views the lack of diagnosis of diabetes as an ongoing problem. In 2019, the number of people aged 20 to 79 with undiagnosed diabetes was estimated at 231.9 million globally – almost half of all cases.