If you've ever daydreamed about protecting yourself and your family from a rampant wild animal, you probably concluded your fantasy as the victor.

If the scenario were to become a reality though, and you had to fight an animal unarmed, what do you think the actual outcome would be?

A 2021 YouGov survey asked exactly that of British and United States adults and as Statista's Martin Armstrong shows in the infographic below, some of the respondents were still firmly in fantasy land when considering the scenarios. 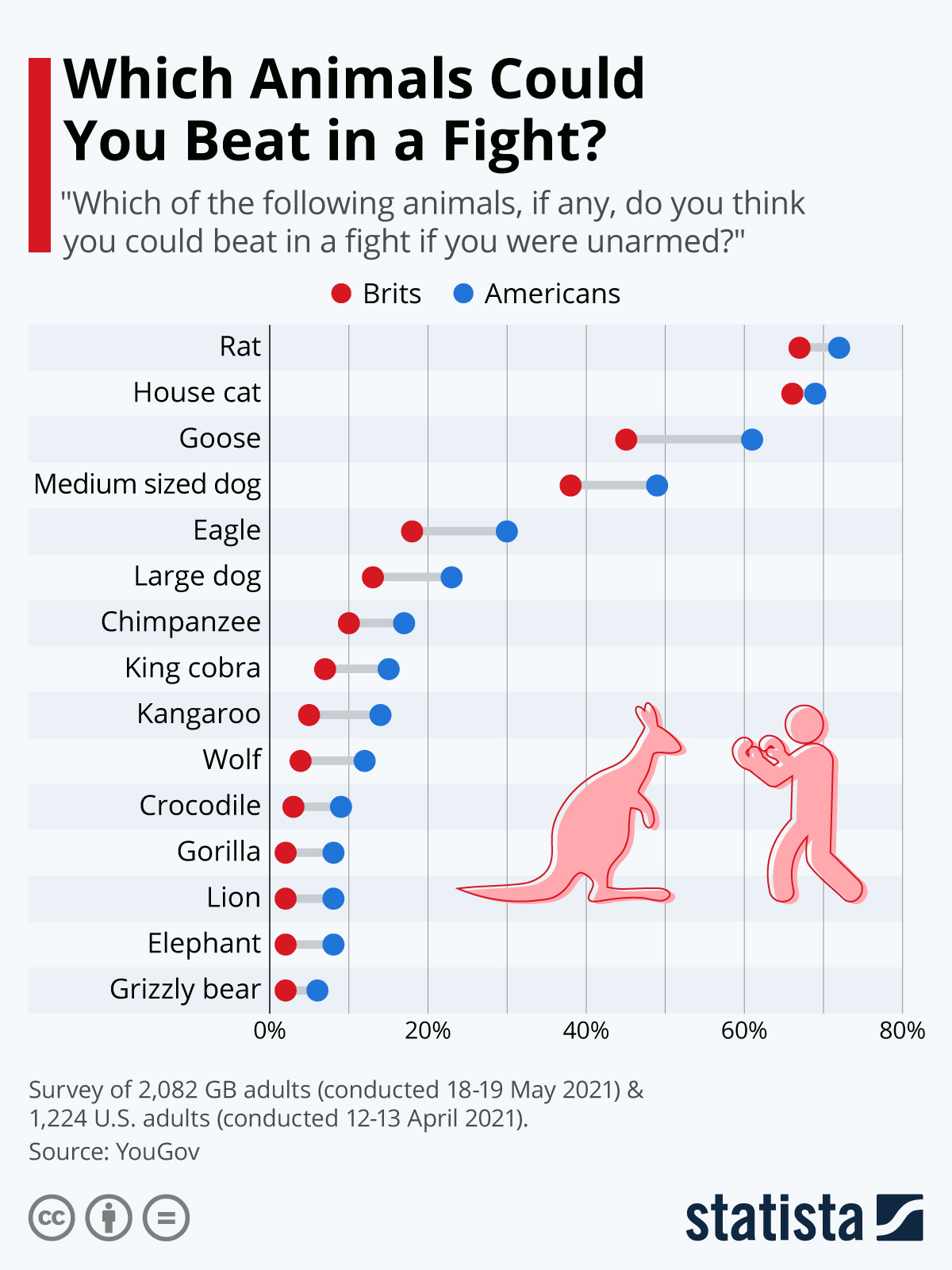 This can be said to a greater extent for people in the United States where, for example, 8 percent said they think they could beat a gorilla.

A gorilla, with their bare hands.

Presumably more realistic, almost 70 percent in both countries said they could take a house cat in hand-to-paw combat.

A rat, likely a tricky customer for most opponents, nevertheless inspired the most confidence with up to 72 percent claiming they would emerge victorious from the ordeal.