Britain ended conscription back in 1957 and many European countries have since followed suit.

Yet, as Statista's Katharina Buchholz details below, many countries across the world still enforce compulsory military service. 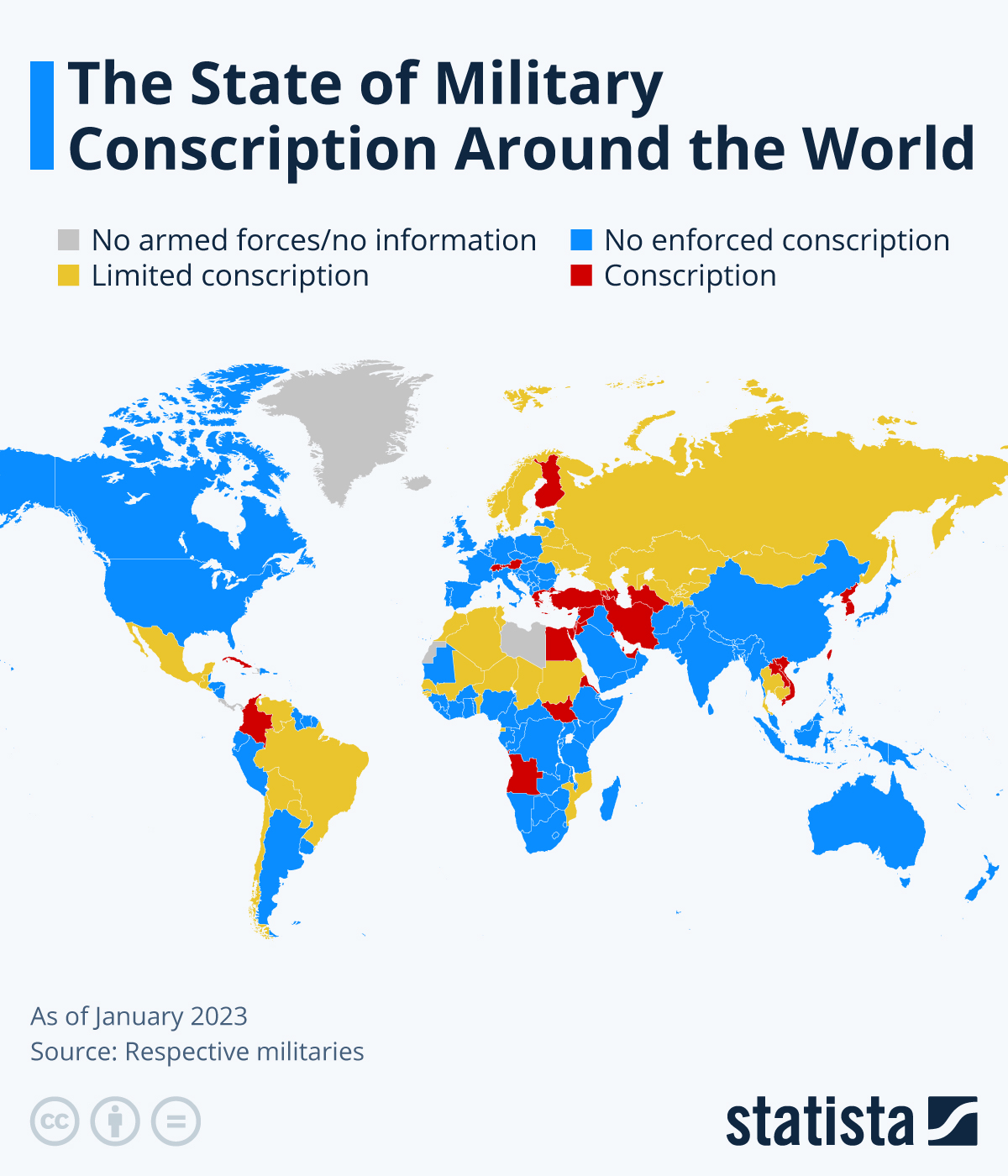 The practice is controversial for many reasons including opposition on religious grounds or conscientious objection to military engagements.

Many democracies still have some form of mandatory military service, but a good number are not enforcing the rules to their full extent anymore, resulting in a practice of limited conscription where only a minority of those subject to the law are actually drafted. In these cases, exceptions are generously granted and/or a large number of military-aged men and women are rejected as unfit on broad grounds. In many countries, draft dodging through bribes and favors is also a possibility that lowers actual enrollment.

Fewer than 30 countries still actually require whole age cohorts to complete military service. Among them are Cuba and Colombia in Latin America; Angola, Eritrea and South Sudan in Africa as well as Finland, Austria and Switzerland in Europe (where substitute community service programs exists). Military service for all is more common in the Middle East. Israel, where both men an women join the military without many exceptions for two to three years, is a well-known example of this practice.

While South Korea has regularly made headlines in connection with the (albeit postponed) draft of Kpop stars, Taiwan has recently unveiled plans to extend compulsory military service to one year in the light of tensions with China.