Gold rose to a one-week high, as the dollar and stocks retreated after another 5% plunge in Japan’s Nikkei. Silver, platinum and palladium advanced also.

Physical gold demand remains robust internationally and supply issues in Singapore have led to premiums reaching a record high there.

Some of the buying on futures markets may be shorts being forced to cover their record short position. The COT (Commitments of Traders) data clearly shows that there is the strong possibility of a significant squeeze of speculators short gold. This could be a catalyst to propel gold higher. 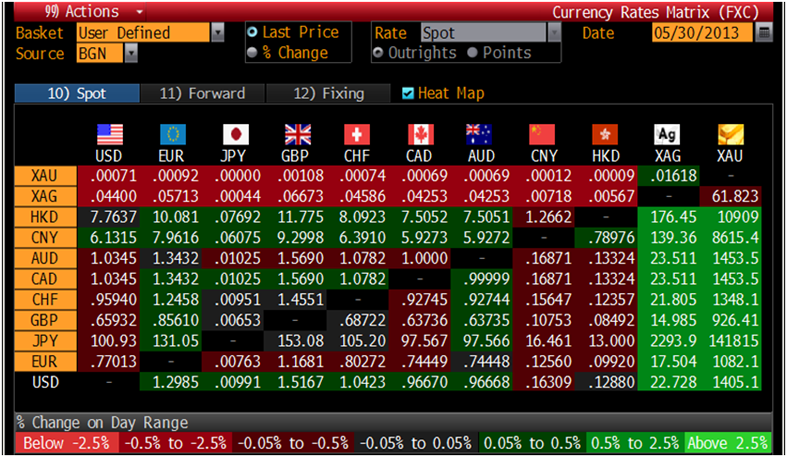 Traders and speculators are watching the $1,413/oz resistance level. A daily close above this level will likely trigger the beginnings of a short squeeze.

Holdings in the largest bullion-backed exchange-traded product expanded yesterday for the first time since May 9.

Strong premiums for gold bars in Asia show that jewellers and investors are busy buying bullion on this dip. In Singapore, Reuters reports that “supply constraints” have sent premiums to “all time highs” at $7 to spot London prices.

Animal spirits are returning to the gold market in the ‘Land of the Dragon’ in this the ‘Year of the Snake’.

The volume for the Shanghai Gold Exchange’s benchmark cash contract surged to 19,599 kilograms yesterday from 15,641 kilograms the day before. In two days the volumes have nearly doubled and surged from 10,094 kilograms to 19,599 or 94%.

Animal spirits have been greatly in evidence in global equity markets for many months now with abnormally strong gains seen in many surging markets. This is despite a very uncertain global economic outlook and great uncertainty regarding corporate earnings in the coming months.

With many stock markets overvalued on a host of benchmarks, there is the real risk of a material correction in the U.S. and other markets and this should lead to renewed diversification into gold.

It will also lead to renewed safe haven demand if other markets see stocks plummet as has been seen in Japan in recent days.

The 17% correction seen in the Nikkei in the last week alone, looks likely in the coming months in other markets which are increasingly being driven by liquidity, debt and margined speculation rather than value investing.

The rotatation out of gold and into stocks seen in recent months could reverse very quickly and investors may just as quickly rotate back into gold in order to hedge significant macroeconomic risks.