Lessons From The 1930s: The Stock Market And The Economy Are Not The Same

Do Not Use The Stock Market To Claim An Economic Recovery

How often have we been told that the economy is recovering?

By my count we are now in our fourth “Recovery Summer.” The recession was officially (and mistakenly) declared over in June 09. Yet, no data series in economics not influenced drastically by liquidity and a zero interest rate policy (e.g., stock prices and home prices) supports the claim.

One has to wonder just how many summers it takes to add up to a recovery. Other than the Great Depression, no recovery has taken this long and this recovery has not taken yet.

Recovery advocates point to the stock market as a barometer of how well the economy is doing. Stock market performance has been impressive. The Dow ended the first quarter of 2009  at  7,600 (after an intra-quarter low of 6,500). At the end of May 2013, the Dow closed at 15,100. The difference between these two closes represents an increase of 99%. This result provides the ammunition for the economic cheerleaders.

Stock Market And The Economy Are Not The Same

The stock market is not the economy. Over the long term, its performance and that of the economy tend to correlate well. However, we are in a period where markets are less influenced by economics than by government interventions. The liquidity pumped into the economy and financial asset markets is highly unusual and cannot be maintained much longer. My take is that the stock market reflects Federal Reserve pumping more than an economic recovery. 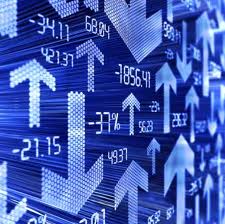 If the stock market is a barometer of economic well-being, it might be useful to explore its performance in other difficult times. There is no better hard-time comparison than the Great Depression. Those who rave about the stock market as an indicator of economic health should be careful. Their ancestors might have used the same argument in 1937. The stock market closed at 72 in the second quarter of 1932 and hit a high of 195 during the first quarter of 1937.  That return dwarfs our puny recovery, representing a return of 171%.

So how did that work out?  The Depression did not end in 1937. Some argue that it ended with our entry into World War II. Others, and I am in this camp, argue that it didn’t really end until the mid to late 1940s. Regardless, using the stock market then as a guide to economic activity was just plain wrong. Furthermore, a lot of people went bankrupt believing the market and the economy were healthy in 1937.  Nine months later, the stock market closed at 121, about a 35% drop. Furthermore, it wasn’t until the first quarter of 1946, almost nine years later, that the stock market returned to 195. It was the second quarter of 1950 before it crossed 195 and the 1950?s rally began.

History is not a guide to the future, but it sure helps dampen wild expectations. Let’s look at some data:

Some observations from the above data are worth noting:

A key takeaway is that the stock market misled people during the 1930s and may be doing the same thing today. Those who want to argue against this position will declare the 1930s an unfair comparison because it was a Great Depression. Just what makes them think what we are in today is not the same thing, although not yet as far advanced. Given the trillions of dollars wasted to hide the true condition of the economy, that is not an unreasonable possibility. This liquidity hides the true nature of the economy (also falsely drives up financial asset prices) and creates even bigger distortions in the real economy. As recently expressed by John Rubino:

Stocks in general and home prices in many markets are literally back to 2007 bubble levels. The savings rate is as low as it was in 2007 and total debt is rising again, as mortgages and business loans more than offset a smaller federal deficit. So sustained growth from here would mean an even bigger asset bubble than the one that nearly destroyed the global financial system, while a return to recession would mean plunging stock and home prices.

A good case can be made for the fact that there is no recovery and that we are just beginning our decline. The efforts of government merely served to drive us more deeply into debt and stave off normal economic healing. If this observation is correct, all that has been accomplished is a postponement and accentuation of the pain to come. My economic sense tells me that is the case.

Whether you accept this conclusion or not, don’t be fooled by the performance of the stock market. There is little other than inflationary Fed policy to justify financial asset prices. Furthermore, recent performance really isn’t special as those living through the 1930s learned. In fact, what has happened recently doesn’t even measure up to the initial rebound that occurred during the Great Depression.